A new report by the Government Accountability Office (GAO) has put a national spotlight on the issue of food insecurity while also offering possible remedies on what can be done to curtail this growing crisis.

Wednesday’s report details information gleaned from 31 studies. GAO also contacted 14 colleges to find out how those institutions were addressing student food insecurity/hunger. By example, all 14 had on-campus food pantries.

The demographics for college students have changed dramatically over the past decade. The image of a student between the ages of 18-22 entering college from their parental home is no longer the majority, said Kathryn Larin, director in the education, workforce and income security team of GAO.

“More than 70 percent of college students fall in that non-traditional category,” she said, noting that the number of first-generation and low income students is steadily rising.

As the report noted, sometimes students have to decide between feeding their families and staying in college. Hunger and food insecurity impact academic success.

A significant highlight of the report is that many of these students qualify for Supplemental Nutrition Assistance Program (SNAP) benefits, but are not accessing those benefits either due to a lack of familiarity or other reasons. Fifty-seven percent of potentially eligible students are not utilizing SNAP. As a result, some state SNAP agencies are reaching out to colleges. The report also noted that the information pipeline needs to be strengthened because at nine of the 14 colleges contacted, some college officials and students were either unaware of SNAP or did not fully understand the student eligibility rules.

“The report validates what we have documented — that food insecurity on U.S. college campuses is a real national problem,” said Dr. Suzanna M. Martinez, an assistant professor in the department of epidemiology and biostatistics at University of California, San Francisco, whose research was cited in the report. “The next step is action. 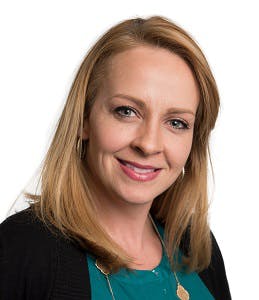 “As for the UC system, we will continue to promote student basic needs and provide SNAP outreach for students on our campuses.”

Eddy Conroy, senior practitioner-researcher at the Hope Center for College, Community and Justice at Temple University said the report is a good start because it means that lawmakers are paying attention to the issue.

Four of the 31 studies reviewed in the report were led by the Hope Center. The Hope Center has documented that hunger and homelessness among college students is an increasing national problem, adding that more than 50 percent of college students are considered independent for financial aid purposes.

“Particularly among community college students, we’ve seen how significant a problem this is,” said Conroy. “We have estimates of between 42 and 56 percent are food insecure when we survey them. Thirty-six percent of university students were insecure in the 30 days before our most recent survey.”

Conroy said the report’s recommendation to make SNAP more understandable and accessible is a step in the right direction.

“College students should have access to public benefits if they need them,” he continued. “While colleges are doing great things individually, for a national problem like this, we need national solutions. This recognition by Congress helps move the conversation forward.”

The report clearly noted the lack of national data on food insecurity. Larin said there is a plan by the National Postsecondary Student Aid Study (NPSAS) to start including questions related to food insecurity.

“We’re looking forward to that survey providing some of the information we haven’t gotten in the past,” said Larin. “We did have some specific recommendations for the Department of Agriculture to help facilitate access to the SNAP program. Another general outcome that we hope with all of the work that we do is that it brings attention to an issue that maybe had not been receiving attention in the past.”

The report offered the suggestion that information about college student eligibility requirements for SNAP be clear and easily accessible on the Food and Nutrition Service’s website (FNS is an agency of the Department of Agriculture).

Following the release of the study, Carrie Welton, a policy analyst at the Center for Law and Social Policy said that the report confirms what her center has long known about today’s college students.

“The key takeaway [from the report] is that even though the SNAP program has rules that restrict students from being able to access it, students can actually get SNAP despite common misconceptions that they can’t,” said Welton.

“It is cumbersome and confusing, but we should make an effort to get as many students eligible for SNAP that currently qualify,” she added. “We also think it’s possible to structure SNAP in a way that maintains the program’s integrity, intent and purpose, and also better supports low-income students and their educational goals.”