The Benefits of Lifting the Federal Pell Ban for Incarcerated People

Greater access to a postsecondary education due to Pell Grant awards would equip incarcerated individuals with the job skills they need to compete in the workforce, increase formerly incarcerated individuals’ employment rates and earnings and  reduce recidivism, saving states a combined $365.8 million in prison costs each year.

That’s  the findings of a new study from the Vera Institute of Justice and the Georgetown Center on Poverty and Inequality (GCPI). 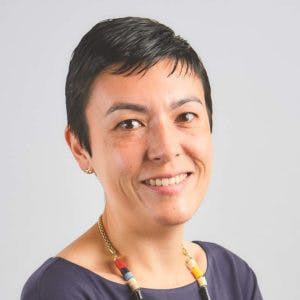 The report, titled “Investing in Futures: Economic and Fiscal Benefits of Postsecondary Education in Prison,” calls on Congressional leaders to lift the ban on Pell Grants for people in prison, which would make nearly 463,000 incarcerated people eligible for funding for a postsecondary education. Reinstating Pell for the more than 64 percent of incarcerated people who are academically eligible to enroll in postsecondary education would likely yield a “cascade of economic and fiscal benefits,” the report emphasized.

“The problem is that, even if a prison has courses available, the majority of people simply cannot afford to enroll,” said Margaret diZerega, project director at the Vera Institute of Justice, in a media briefing. “To improve the odds that individuals coming out of prison can obtain employment, find housing and otherwise disrupt the cycles of poverty and mass incarceration, we must expand access to postsecondary education to those individuals while they are in prison.”

This week’s report on the fiscal and economic benefits of reinstating Pell Grants for people in prison comes on the heels of the December passage of the FIRST STEP Act by Congress, a bipartisan effort to address criminal justice reform. The moment reveals an opportunity to leverage the near unanimous consent that the criminal justice system is “not working as it should” be, said Nick Turner, president of the Vera Institute.

“The ban on Pell Grants for people in prison, in particular, limits their economic opportunity and is a missed opportunity to allow people to better prepare themselves for life after release,” added Indi Dutta Gupta, co-executive director at GCPI.

-According to the latest data from 2014, only 9 percent of incarcerated people received a certificate from a college or trade school while in prison;

-If 50 percent of the eligible prison population participated in a postsecondary education program, employment rates among people who return home after participating in the programs, will, on average, increase by nearly 10 percent;

-If Pell were reinstated for incarcerated people, combined wages earned by all formerly incarcerated workers would increase by $45.3 million during the first year of release;

Expanding access to postsecondary education for incarcerated individuals drives economic opportunities, creates safer communities and prisons and is a “cost-saver that’s a better investment than the status quo,” said diZerega.

Researchers understand the known benefits of restoring Pell by examining programs like the U.S. Department of Education’s Second Chance Pell initiative. The initiative provides an opportunity for 67 colleges and universities to partner with prisons to provide a postsecondary education to incarcerated individuals.

Authorized in 1972, the Federal Pell Grant Program did not always disqualify incarcerated individuals from receiving funding; there were 770 postsecondary programs in approximately 1,300 prisons by the early 1990s, the report said.

It was not until the passage of the Violent Crime Control and Law Enforcement Act in 1994 that Congress revoked access to Pell for incarcerated individuals. 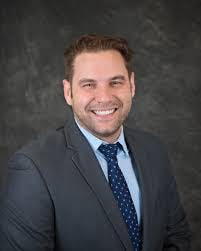 “This absence of funding has translated into fewer educational opportunities for incarcerated people, contributing to the challenges they face on reentry,” the report said.

In addition, individuals reentering the community can face barriers including restrictive occupational licensing laws and discrimination in the hiring process, prompting some employers to eliminate application questions about criminal history.

Arthur Rizer, Justice and Civil Liberties policy director at the R Street Institute, a center-right think tank, said from a prosecutorial and law enforcement perspective, expanded access to a postsecondary education gives incarcerated people a “glimpse of a new world of opportunities.”

“This really is an ounce of hope for them while they’re incarcerated, and hope is everything,” Rizer said, noting that being in the classroom can make an individual in prison feel valued and not just a number under watch by a guard.

Moreover, a postsecondary education would support incarcerated people’s efforts to become better citizens, cultivate their communication skills and lessen incidences of violence towards other incarcerated people and officers, Rizer added.

“It’s a win-win across the board,” Rizer said, and even more so when it comes to tapping into public support for reinstating Pell Grants from both progressives and conservatives. “The iron is hot right now.”

“There’s nothing that promotes helping families more than helping fathers and mothers return to their families,” Rizer added around the conservative value of promoting family.

And when parents achieve higher levels of education, their children do as well, said diZerega, highlighting the inter-generational benefits of postsecondary education attainment.

“Across the spectrum – the right, the left, the up, the down – this is a positive way to reform our justice system,” said Rizer.