Abolishing the electoral college and broadening voter-registration opportunities are among numerous policy changes recommended by the National Urban League in its 2019 “State of Black America” report, an annual document that this year focuses on protecting voting rights.

The report, titled “Getting 2 Equal: United Not Divided,” contends that a combination of meddling by Russia and domestic actions by state legislatures and judges are racially motivated attempts to suppress voting among Black Americans. 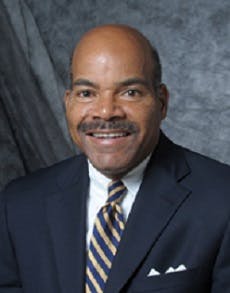 “Our rights are under attack by forces that are clever, sinister, diabolical and intentional, and their allies run from the Supreme Court of the United States, to state legislatures all across the nation and around the globe, to allies inside the Russian Federation,” wrote NUL president and CEO Marc H. Morial.

The Brennan Center for Justice, a partner in producing the new report, said 25 states have added voting restrictions since 2010, including 14 states with more restrictive voter identification laws in place, 12 with laws making it harder for citizens to register, seven that reduced early-voting opportunities and three states that made it harder to restore voting rights for people with past criminal convictions.

Brett Shafer, social media analyst and communications officer for the German Marshal Fund’s Alliance for Securing Democracy – another report partner – suggested that rising power among Black voters has caused anxiety among Whites and is being exploited by foreign saboteurs.

“The anonymity and audience segmentation baked into online social networks has allowed Russia’s online provocateurs to nimbly insinuate themselves into Black activist communities, where they can, in their own words, ‘effectively aggravate the conflict between minorities and the rest of the population,’” Shafer wrote.

Morial described the developments as racist attempts at suppression that have “coincided with a surge in the diversification of the electorate,” noting that the 2020 electorate is projected to be 66.7 percent White, down from 76.4 percent White in 2000.

· Create a national commission to work with a special prosecutor to identify and eliminate foreign interference in voting. 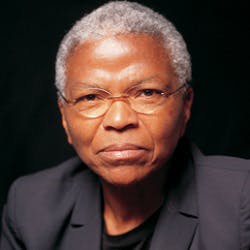 · Eliminate purges of voter rolls based on failure to vote or failure to respond to mailed documents.

· Eliminate the Electoral College and replace it with popular election of presidents through states’ participation in the National Popular Vote Interstate Compact.

· Restore voting rights to convicted felons immediately after their sentences are completed.

· Conduct post-election audits to compare the paper records to computerized results when necessary.

· Establish incentives for states to improve cybersecurity around election systems.

“I think this is a powerful set of recommendations,” said Dr. Dewey M. Clayton, professor of political science and a critical race scholar at the University of Louisville. “There are a lot of things we can do and we need to take them seriously and put them in place.”

And they are very much in line with what voting rights activists might be expected to advocate, said Dr. Rachael V. Cobb, associate professor of government and chair at Suffolk University.

“Voting rights is still a contentious issue,” she said. “There’s nothing on that list that surprises me. They’re all pretty standard, except the special prosecutor.” 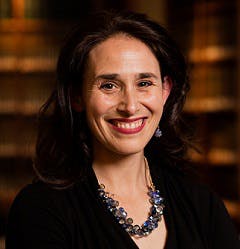 Cobb suspected that easing voter ID laws would be “an uphill challenge” because of generally wide public support for them “for whatever reason.”

Voter ID laws are not necessarily racially discriminatory – it depends on what is written into them, said Dr. Mary Frances Berry, professor of history and Geraldine R. Segal Professor of American Social Thought at the University of Pennsylvania.

Berry – author of Five Dollars and a Pork Chop Sandwich: Vote Buying and the Corruption of Democracy – said she agrees with most of the Urban League’s recommendations. But not with online and automatic voter registration, which experts have said would be susceptible to hacking, she said.

All three academics doubted that popular voting in presidential elections would replace the electoral college. Cobb predicted bipartisan support against eliminating it, Clayton said abolishing it would be “difficult at this point” and Berry said the constitutional amendment needed to scrap it is “not going to happen.”

Getting rid of the electoral college would increase polarization and eliminate parity for smaller states with smaller populations, Berry said, something the constitution’s framers considered when setting up the government.

“People are focused on it because Hillary (Clinton) lost with the popular vote and Trump got in,” Berry said, adding that the outcry wasn’t as loud when it happened in other recent presidential elections. “I think that is just an transitory concern, and once Trump is gone, maybe people will start thinking about something else.”

Effecting the NUL’s recommendations will require the NUL and other advocates to lobby on various fronts, because some of the reforms can be made at the state level while others are federally controlled, Clayton said.

He and Cobb said they agreed with the Urban League’s assessment that racism is fueling policies and practices that result in voter suppression.

“That’s part of it,” said Clayton, citing as an example the “egregious” Shelby County v. Holder Supreme Court decision in 2013 that ruled as unconstitutional part of Section 4 of the Voting Rights Act of 1965, paving the way for stricter voter ID laws and voting requirements instituted by Alabama and some other states.

Berry said she strongly favors passing the Voting Rights Advancement Act to address the “harm” done by the Shelby ruling.

Laws and regulations that suppress Black voting are “modern-day poll taxes,” Clayton said, referring to a post-slavery practice of charging Black Americans fees to vote as a way of disenfranchising them.

If one considers policies that support or allow voter suppression through the lens of the nation’s history, Cobb said, “it would be hard to see that it’s anything but racially motivated.”

And the Trump administration, Clayton said, “is not taking a proactive stance in protecting voting rights.”

The issues raised by the Urban League need to be addressed, because the contentious and polarized political environment gives the 2020 elections “the potential to be very ugly,” said Cobb.

“A major issue is the degree to which people feel the results of the election are legitimate,” she said, adding that the NUL recommendations that would create a paper trail should be a top priority regardless of partisan lean.