Mercer County Community College (MCCC) and its president Dr. Jianping Wang is under fire for what ousted former vice president of academic affairs Dr. James Brandon Shaw alleges is unlawful racial discrimination, according to a lawsuit filed April 30 in the Superior Court of New Jersey. 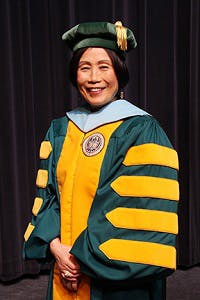 Shaw’s lawsuit alleges that MCCC and Wang racially discriminated against him when they decided to not reappoint him for the 2019-20 academic year, effectively terminating his employment as vice president. The suit follows a no-confidence vote and statement by MCCC’s Faculty Association in which faculty say Wang “grievously mismanaged” operations of the college.

“Dr. Shaw is very appreciative of the faculty’s ‘No Confidence’ vote and finds it significant that the vote was announced the day after the president announced to the college community that she would not be renewing his contract for the next academic year,” said Shaw’s attorney Patricia Barasch in an email. “Dr. Shaw states that Mercer County Community College has an extremely dedicated and strong faculty, and he has been honored to work alongside them on college and statewide initiatives.”

Shaw joined MCCC in March 2018 on the unanimous recommendation of a search committee although Wang wanted to hire a White male for the role, the lawsuit said. He was reappointed as vice president for academic affairs in June 2018.

Shaw’s suit noted that he had not received any notice or documentation that his performance as vice president was “in any way problematic, or that there were any concerns about his performance,” the lawsuit said. “To the contrary, [Shaw] was highly regarded by administrators, staff and students alike for his leadership, integrity, collegial engagement and dedication to students.”

As Shaw continued to serve in his role, conflict with Wang ensued.

Earlier this year, the president attempted to bypass an internal hire recommendation provided by Shaw, the Dean’s Council and a search committee for the position of dean of the James Kerney Campus in Trenton, N.J. While Shaw was out of the office, Wang requested that Shaw’s executive assistant at the time, Laureen Meyer, compose a memo on Shaw’s behalf recommending the non-internal candidate that was not recommended, the lawsuit said.

Meyer said that when Shaw found out, he explained that if Wang wanted to hire somebody else, “that’s fine, but don’t say that it’s my decision because it’s not my decision.”

“It came down to a choice of either betraying Dr. Shaw and doing something I considered unprofessional and unethical, or resigning,” Meyer said. 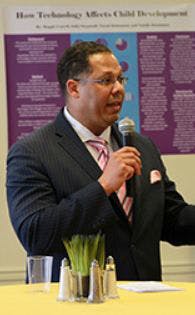 The former executive assistant submitted her resignation to Shaw on March 8, citing Wang’s requests as a “personal attack on my ethics, morals and professionalism.”

Later on March 27, Wang issued a letter to Shaw thanking him for his “work on behalf of the students of the Mercer County Community College.” It also informed him that she would not be recommending him for reappointment as vice president of academic affairs for the next academic year, and that his employment would end on June 30.

On April 10, Wang informed Shaw that his last physical day on campus would be April 12. She shared the news of Shaw’s employment status with all deans and faculty that same day, the lawsuit said.

Shaw alleges that MCCC and Wang would not have terminated him if he were not African-American, which is a violation of New Jersey’s Law Against Discrimination. The ousted executive’s lawsuit includes additional claims that Wang made public remarks demonstrating a bias against African-Americans and other comments referencing African-American stereotypes as recently as February of this year.

Now as a result of Shaw’s termination, the majority of the deans are White, as is the interim vice president of academic affairs Dr. Robert Schreyer – Wang’s initial choice for the position, the lawsuit says.

Shaw seeks a reinstatement to his position as vice president of MCCC, a trial by jury, punitive damages and “other relief as the court deems just and proper.”

“We will now proceed with written discovery and depositions, which we believe will establish that MCCC and President Wang unlawfully discriminated against Dr. Shaw on account of his race when they refused to reappoint him for the 2019-20 academic year and instead terminated his employment,” Barasch said.

Meyer, the former executive assistant to Shaw, said she noticed a pattern of discriminatory behavior by Wang and that she favored White males.

In addition to Wang’s hiring practices, “she said the most absurd things,” Meyer added about the MCCC leader, referencing one incident at the end of a Black History Month celebration where Wang publicly shared with the audience that her mother previously told her that Africans were “stupid and dirty.”

“There are thousands of people that you could quote,” Meyer said in an interview with Diverse. “Who the heck quotes their mother on something so derogatory at that?”

Jim Gardner, director of public relations at MCCC, said the college could not comment on the litigation.

“Mercer County Community College is firmly committed to maintaining a vibrant and diverse learning environment, and that’s from students to faculty and staff to administrators,” Gardner said. “Discrimination is not tolerated on any level and that’s a policy that comes down from the top.”

Shaw’s lawsuit adds to growing concerns at the college about Wang, a general disregard for shared governance and the dismissal of faculty considerations by the board of trustees.

“It’s crazy that this concentration of power is so great that Vice President Shaw was just fired,” said Alvyn Haywood, professor of speech communications and president of the MCCC Faculty Association. “And he was fired not because of anything else other than he did not co-sign the unethical decisions of the president.”

On April 11, the day prior to Shaw’s departure from MCCC, the Faculty Association passed a vote of no-confidence in Wang’s leadership. Of the 85 faculty members who voted, 82 voted no confidence and three abstained.

In the Faculty Association’s statement detailing their reasons for the no-confidence vote, members say that Wang’s leadership at MCCC has resulted in wasteful spending, degradation of morale, high attrition, less academic rigor and “closed channels of communication” between the college and the board of trustees.

The statement called out, among a list of items, Wang’s decision to dismantle the college’s IT department, failure to retain key leaders, neglect of the college’s strategic plan and a controversial decision to establish a contract with Elucian in what appeared to raise a conflict of interest, several faculty said. Another point of concern was the decision to change the semester from 16 weeks to 14 weeks.

“It was not done in consultation with those of us who are responsible for curriculum development,” Haywood said. “Therefore, many of the decisions that were made were made without really taking into consideration shared governance. It became, in many of our minds, very autocratic — this desire to concentrate power in the executive realm.”

Gardner declined to comment on the Faculty Association’s statement because it is “tangential to the lawsuit,” he said.

“None of what it is that we’re doing brings us any degree of joy. We are sorely disappointed because there were more of us who wanted [Wang] to succeed,” Haywood continued. “She’s a nice person, but we need a leader. We need someone who really understands the environment that the college is in.”

The “grumblings” amongst faculty first began when Wang arrived on campus four years ago, Haywood said. After assessing her career background, faculty members did not consider her as their first choice for the presidency, he said.

Even so, Haywood, who is African-American, said he encouraged other faculty to give Wang a chance, given her status as a person of color and the fact that this was her first presidency.

Four years later, that optimism for Wang’s presidency has now turned into a vote of ‘no confidence’ for the leader and a civil action lawsuit.

“I’ve seen more people leave this college in the past four years, and I’ve been working here for 27 years. We’re really walking around here on eggshells to be honest,” Haywood said. “The situation is affecting the espirit de corps of the faculty and staff, so you know students are going to pick that up.”