With the passage of the most restrictive abortion bill in the country last week, Alabama joined a wave of states with abortion legislation that bids a challenge to the constitutional right to an abortion set by the U.S. Supreme Court’s Roe v. Wade ruling in 1973. 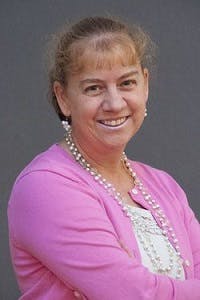 Proponents of the anti-abortion bills – from a bill that issues a nearly total ban on abortion to those that ban the procedure once a heartbeat is detected – have long argued that such legislation protects the sanctity of human life.

But some legal experts and women’s studies scholars such as Dr. Jessie B. Ramey see the latest bills as part of a “systematic and decades-long erosion of the right to bodily autonomy for people with a uterus.”

“The conversation about abortion has been framed around the right to privacy, but we need to be talking about the fundamental right to bodily autonomy and a broader framework of reproductive justice,” said Ramey, associate professor of women’s and gender studies and founding director of the Women’s Institute at Chatham University. “As well as a very real risk of death, people with a uterus face major, life-long, negative health consequences from pregnancy and childbirth. In all other cases, we do not permit the use of a person’s body against their will.”

Michele Bratcher Goodwin, the Chancellor’s Professor at the University of California, Irvine and founding director of the Center for Biotechnology and Global Health Policy, pointed to two instances in U.S. legal history where the country has shown that there is “no duty to rescue” anyone – the cases of McFall v. Shimp and Curran v. Bosze.

“The very idea that individuals in the U.S. are obligated to save children’s lives, the lives of other people … that’s just not true,” even if someone has the capacity to do so, Goodwin said. “Where we do see antithetical actions in health, antithetical in law, it happens to be consistently exerted against one particular group – women,” notably the poorest women.

Ramey said that legislation that restricts access to and criminalizes reproductive healthcare harms women and people with a uterus, their children, the children they will choose to have and entire communities, including men and boys.

Studies consistently show that women are 14 times more likely to die by carrying out a pregnancy than if they were to receive a legally-induced abortion. According to the World Health Organization, abortions are also statistically safer than having a colonoscopy.

The implications of enforcing restrictive abortion-related and other reproductive laws would have dire consequences, given disparities in U.S. healthcare, access to nutritious food, education and housing, and violent encounters, experts say.

“We already have some of the largest health disparities in the world, especially for women and children of color, and they have gotten worse, not better,” Ramey said. “African-American women die of pregnancy-related causes at more than three times 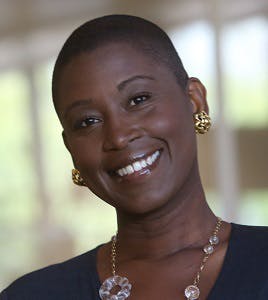 the rate of White women.”

In Alabama and other states that have recently passed bills like Georgia, Missouri, Mississippi and Ohio, abortion politics have more to do with male control and power and very little to do with the physical security, health and bodily integrity of women, Goodwin said, noting that it is critical to situate the recent abortion bills into a broader history of the United States.

She shared that abortion was legal until it became politicized around the time of the Civil War, particularly when nearly all reproductive healthcare and midwifery was conducted by enslaved, and then newly-freed, Black women, she said.

This monopolization of women’s health care gave rise to the field of gynecology and saw the emergence of anti-immigration, anti-abortion and anti-midwife campaigns at the turn of the 20th century, Goodwin said. In addition, eugenics laws in the South enabled states like Virginia to carry out forced sterilizations against the “socially and morally unfit,” which were typically poor people and women of color, Goodwin added.

“You see some of the very same connections today,” she said. “Today, legislators are far more cautious and they wrap their anti-abortion platforms in the so-called interests in protecting the health and safety of women and the theory of promoting life … what they’re actually doing is creating a death sentence.”

Furthermore, the rise in the criminalization of women’s bodies has broader implications for the country’s criminal justice system, where in the last year, pregnant women have been arrested for falling down steps, threatened with arrest for refusing C-sections and issued plea deals for taking pain pills or smoking marijuana, Goodwin said.

Not only would criminalizing abortion and other reproductive healthcare contribute to increasing rates of mass incarceration for women – a growing prison population – it would disenfranchise women and reduce their parental rights, their children could potentially end up in the foster care system and the quality of life post-release may be affected by a lack of access to public housing or ineligibility to receive federal loans for an education, Goodwin said.

For this reason, Ramey sees a need to shift the conversation around the abortion bills to a reproductive justice framework.

She sees students and young people already leading the way on many intersectional fronts for gender equity connected to bodily rights and autonomy such as combating rape culture, changing campus climate to prevent gender and sexual violence, promoting campaigns for consent and healthy relationships and creating welcoming and inclusive environments for trans and gender identity diverse students.

“A reproductive justice framework requires that we shift the conversation to talk about the health and well-being of the mother and the family she chooses to have: healthy air, water and food; affordable housing and medical care; great public schools; and freedom from all forms of violence,” Ramey said.