WASHINGTON – In a time of polarization when it may seem that Democrats and Republicans seldom agree, a bipartisan panel came together Monday at the American Enterprise Institute to talk about a shared conclusion: Taxpayers and students should be armed with more information to measure the success of America’s higher learning institutions.

Panelists spent an hour discussing complex questions: What metrics accurately measure success? What should happen to schools that enroll at-risk students but fail to graduate them, or schools that consistently don’t lead to better-paying jobs? And what role should federal policy play?

The panel – co-hosted by think tanks AEI and Third Way – was titled “Promoting accountability in higher education: Finding common ground.” It included panelists Dr. Frederick M. Hess, resident scholar and director of education policy studies at AEI; Lanae Erickson, senior vice president for social policy and politics at Third Way; Dr. Sandy Baum, professor emerita of economics at Skidmore College and a nonresident fellow at the Center on Education Data and Policy at the Urban Institute; and Emily Slack, senior advisor in the Office of Planning, Evaluation, and Policy Development at the U.S. Department of Education. 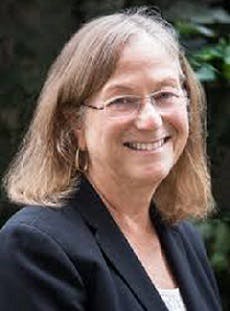 The discussion stemmed from a report by a bipartisan group of higher education experts, assembled by AEI and Third Way, about where Democrats and Republicans can converge on higher education policy. The report was released against the backdrop of Congress working to decide what issues to address in the latest reauthorization of the Higher Education Act, the legislation governing higher education programs and federal financial aid.

Hess said the goal of the report – and the discussion that followed – was to get scholars on the right and the left “away from the lights, away from the microphones” in order to “see when we just sit down and talk to each other, where can we find that we’ve got some agreements, and where we disagree, can we try to clarify so we understand exactly what we’re disagreeing about?”

One point of consensus was that universities can’t just be measured by the diversity of their incoming classes. Erickson emphasized that it’s also important to track whether universities are giving underprivileged students the support they need to graduate, along with degrees that earn them enough to pay off their student loans.

“We’ve always focused on access, and access is a good thing – we should have access – and yet we haven’t been focusing on after students have enrolled,” she said.

Panelists mostly diverged on what government’s role should be in holding higher education accountable.

Slack said Republicans like herself are skeptical that government can effectively regulate colleges, but the Department of Education is striving to make more data available to students so they can make more informed decisions about where to spend their federal loans and Pell grants.

She also praised the Obama Administration for creating the College Scorecard, a university comparison tool, and the Trump administration for updating it and working with Google to make its findings more readily available to students.

“We certainly all agree that higher education is not a perfect marketplace,” she said. “But there is choice, because we do have this system where students get money and they can take it wherever they want, to whatever institution is eligible.”

Baum pushed back on the idea, arguing information without regulations isn’t enough to protect students – particularly from for-profit universities that provide low returns or actively misrepresent themselves to students.

The Trump administration received similar criticism for getting rid of Obama’s Gainful Employment rules, which cracked down on schools where many graduates couldn’t pay back their loans and where graduation rates and other outcomes were continually low.

Baum added that no matter how much information is out there, students will have unequal access to it, depending on whether they have quality college counseling services at their high schools.

“We have a lot of students who are not in a situation where they either, one, have a real choice or, two, are equipped to make that decision,” she said. “This isn’t like going to the grocery store, and if you didn’t like the cereal, you buy a different brand next time. This is a much bigger decision that people make once without experience.”

Despite debates on how far policy should go, the discussion took on a hopeful tone when it returned to HEA reauthorization, which panelists said they hope to see happen in the next six months before the 2020 election season sets in for good.

Slack praised the Senate’s efforts to come to a bipartisan agreement.