Billionaire Robert F. Smith has made good on his promise.

On Friday, Morehouse College officials noted that Smith has paid off the loans that the graduating Class of 2019 accumulated at the tune of $34 million. He made the pledge during his commencement address back in May.

And now, Smith—the Founder, Chairman and CEO of Vista Equity Partners—has agreed to also pay the debt that the parents and guardians of the Morehouse students accumulated during the time that they spent at the private college for Black males.

“It is our hope that our graduates will use their newfound financial freedom to pursue their career goals, to lead and serve the community, and to remember the spirit of the gift given to them by paying it forward to support the education of future classes of Morehouse Men,” said Morehouse President Dr. David Thomas. 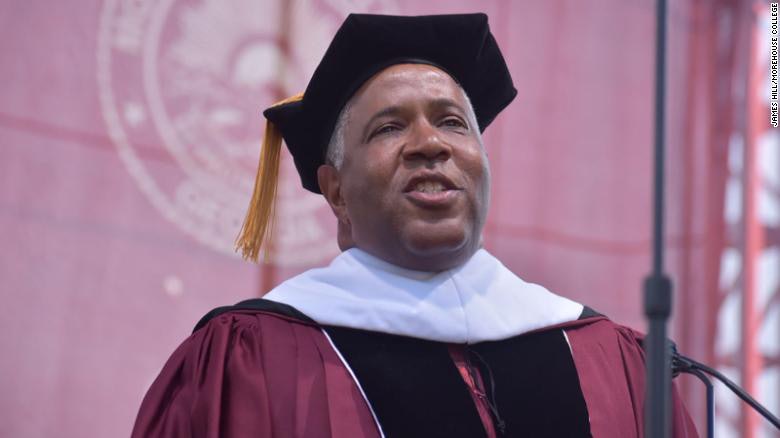 More than 400 students, parents and guardians of the Class of 2019 will benefit from Smith’s inaugural gift.

“This liberation gift from Robert Smith—the first of its kind to be announced at a graduation in higher education—will be life-changing for our new Morehouse Men and their families,” said Thomas.

News of Smith’s donation back in May went viral and catapulted the already known Morehouse College—which boasts Dr. Martin Luther King, Jr., Spike Lee and actor Samuel L. Jackson among its most prominent alumni—to a new notoriety. The college has since created the Morehouse Student Success Program, a scholarship, loan debt, research and educational initiative that will solicit and accept donations exclusively to reduce or eliminate the student loan debt of Morehouse graduates and their parents or guardians.

Thomas said that Morehouse will study the freedom of choice that alumni experience in their lives and careers when their student loan balances are paid in full or reduced to manageable levels. The first subjects of the research study will be some of the inaugural gift recipients, who will be encouraged to participate in the study. With additional investments, the Student Success Program will also provide current and future Morehouse students with scholarships and access to financial literacy programs that detail the impact of debt on family budgets. Parents and guardians will also be included in the educational outreach.

“We want to see if there is a proclivity for them to give back,” said Thomas, adding that Smith’s donation was a “generational gift” that will likely help to produce African-American wealth.

“Morehouse’s program to provide debt relief to new graduates is a fund-raising opportunity that should be studied and duplicated nationally,” said Dr. Michael L. Lomax, president and CEO of the United Negro College Fund. “The impact of such a gift, particularly for minority or economically disadvantaged families, could accelerate the growth of a more diverse and robust middle class.”