The Higher Education Act – legislation from 1965 that governs federal higher education programs – is supposed to be renewed every five years. It hasn’t been reauthorized in over a decade. 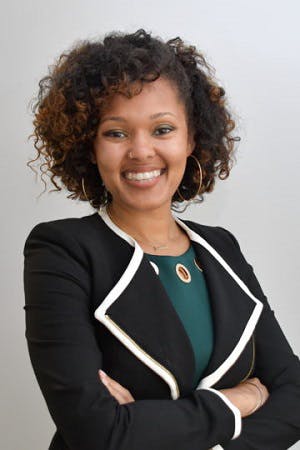 But on Tuesday, Democrats in the House Committee on Education and Labor introduced the College Affordability Act, a first stab at a broad overhaul of the higher education legislation.

“There’s a lot in there that would advance socioeconomic and racial equity in higher ed,” said Dr. Tiffany Jones, director of higher education policy at The Education Trust. “It’s the most comprehensive attempt to reauthorize the Higher Education Act this Congress.”

For Jones, the critical question was, “What does it actually mean in terms of outcomes for low-income students and students of color?”

Her answer is, quite a lot but not enough.

The bill incentivizes states to invest in higher education by creating a federal-state partnership. The federal government offsets costs for states that make strategic investments in public colleges and universities and offer free community college. If there’s funding left over, the federal government will help states subsidize tuition at Minority Serving Institutions as well. Students with Pell grants who attend these tuition-free programs can put their grant funds toward their other costs like room and board.

The College Affordability Act also expands Pell grants in several ways. It increases the maximum Pell grant award by $500 and repeals the ban on Pell grants for incarcerated students, among other reforms.

The bill is intended to simplify the process of paying back student loans, as well. Instead of a host of repayment plans, students would have two choices – an income-based repayment plan and a fixed repayment plan. It also streamlines the FAFSA, the form students use to apply for financial aid.

It aims to crackdown on low-quality for-profit programs, restoring Obama-era consumer protections and closing the 90/10 loophole, which makes it lucrative for for-profit colleges to target soldiers and veterans for extra federal funding. 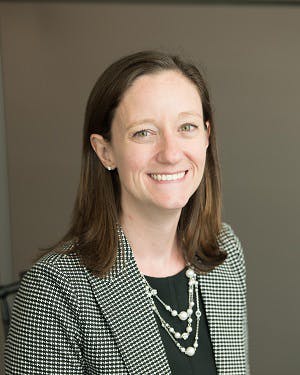 The bill has been met with enthusiasm among higher education advocates, though some say it still needs changes.

The United Negro College Fund, released a statement celebrating many of the bill’s provisions but calling for greater protections for historically Black colleges and universities. For example, because HBCUs enroll a high percentage of at-risk students – and struggle with outcomes-based funding models as a result – the organization raised concerns about the removal of the student unit record ban, which would permit collecting data on students’ graduation and employment rates. It also wanted to make sure HBCUs wouldn’t be penalized by the bill’s new Adjusted Cohort Default Rate metric, which assesses schools based on what percentage of student borrowers have entered repayment.

Some supporters argue the bill could do more for low-income students and students of color.

Jones would like to see the federal-state partnership go toward free tuition at four-year universities, in addition to community colleges, to give low-income students more choices. She also advocates for the maximum Pell grant award to be doubled – at least.

“Probably the weakest part of the bill is it’s focus on college affordability,” she said. “For students from low-income families, the support that they get through the Pell grant, the proposed increase is just not enough.”

Mamie Voight, vice president of policy research at the Institute for Higher Education Policy, suggested adding the Net Price Calculator Improvement Act to the bill. The add-on would clarify the requirements for net price calculators, tools required on college websites that show students their projected financial aid packages. These calculators could be made “more explicit and clear,” she said, and a universal net price calculator should be available for students to compare financial aid estimates.

“That’s a place where lawmakers really could go further and make greater improvements in terms of transparency,” she said.

She also favors categorizing the Pell grant program as mandatory federal funding so the annual appropriations process doesn’t interfere with student aid. A change to the legislation could “really put it on sure footing,” she said.

“Instead of promoting unworkable partisan bills, we ought to work together to support students’ access to affordable postsecondary education that will prepare them to enter the workforce with the skills they need for lifelong success,” the statement read.

But the bill includes elements that could draw bipartisan support. The College Affordability Act uses language from the College Transparency Act, a bicameral piece of legislation that enjoyed support across the aisle, Voight noted. The removal of the ban on Pell grants for incarcerated students is also popular on both sides of the aisle.

Bipartisan cooperation around the College Affordability Act is “a question that’s up in the air at this point,” Voight said.

Even amidst these uncertainties, many are hopeful about the College Affordability Act’s potential.

“It’s an important step forward – reauthorizing a bill that’s now outdated,” Voight said. “Today’s students really deserve an update to that legislation to meet the needs of today’s students, especially with a focus on low income students and students of color who have historically been left behind by our higher education system.”