The resolution, H.J. Res. 76, passed with a 231-180 vote tally, with all dissenting votes coming from Republicans, who argue DeVos’ rule could save the federal government $11 million over the next decade. 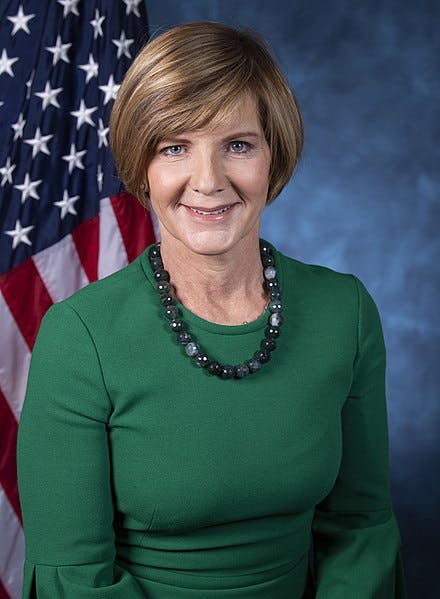 Meanwhile, Rep. Susie Lee, D-Nev., who sponsored the resolution, stated, “Passing this resolution in the House made it clear that we care more about defending defrauded students than enriching predatory schools. We told DeVos that we’re not going to sit on the sidelines while these institutions scam our families, our friends, our neighbors and our veterans.”

Created in 1992, the borrower defense policy allows students to receive federal student loan relief after being scammed or misled by a fraudulent university or college. Prior to 2016, however, there were few guidelines in law or regulations detailing how borrowers could seek relief or how the Department of Education would adjudicate that relief.

Then, when the for-profit Corinthian Colleges Inc. collapsed in 2015 and left thousands of its students in debt, President Barack Obama’s Department of Education created the Borrower Defense to Repayment Rule, which stipulated clearer guidelines as to how students could seek forgiveness. For instance, Obama’s rule allowed borrowers to file a claim as a group and gave them six years to do so from the moment they discovered they were misled or defrauded.

DeVos, however, argued that Obama’s rule made it too easy for students to seek forgiveness. In 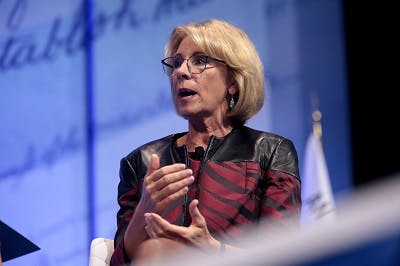 effect, her rule requires that all students file their own, individual claims and that they do so within three years from the moment they left the school, regardless of whether misconduct was discovered after that three year window.

In addition, under DeVos’ rule, students must not only prove that there was “substantial misrepresentation on which the borrower relied” but they must prove that the school knowingly made the misrepresentation, that the school acted “with reckless disregard to the accuracy of the information” and that the borrower suffered “specific types of financial harm.”

“The Obama administration said to these students, ‘you’ve been defrauded, now step up — the law is there to protect you,” said Durbin. “The new administration comes to town and says ‘lawyer up; you have to fight this individually; every single one of you will have the burden of proof.’”

Since 2015, roughly 350,000 students have filed claims against their universities (including the likes of ITT Technical Institute, the University of Phoenix, the Art Institute of Seattle and the Dream Center) after being misled about job prospects, the transferability of their credits and the quality of their education.

“This was not just a little misrepresentation,” said Lee. “This was true fraud and students were hurt, and the only thing they got was a useless degree and mountains of debt that were holding them back from going on with their lives.”

The Department of Education predicts that fraudulent schools — which are disproportionately for-profit — won’t be disappearing anytime in the near future. In 2021 alone, the Department expects nearly 200,000 borrowers will suffer from university fraud.

“The most painful part of this is that these students are from our low-income communities, our minority populations, our veterans — these are Americans that we should be standing up for, not taking advantage of,” said Lee.

Present alongside her on Thursday was Kendrick Harrison, a U.S. Army veteran from Las Vegas, 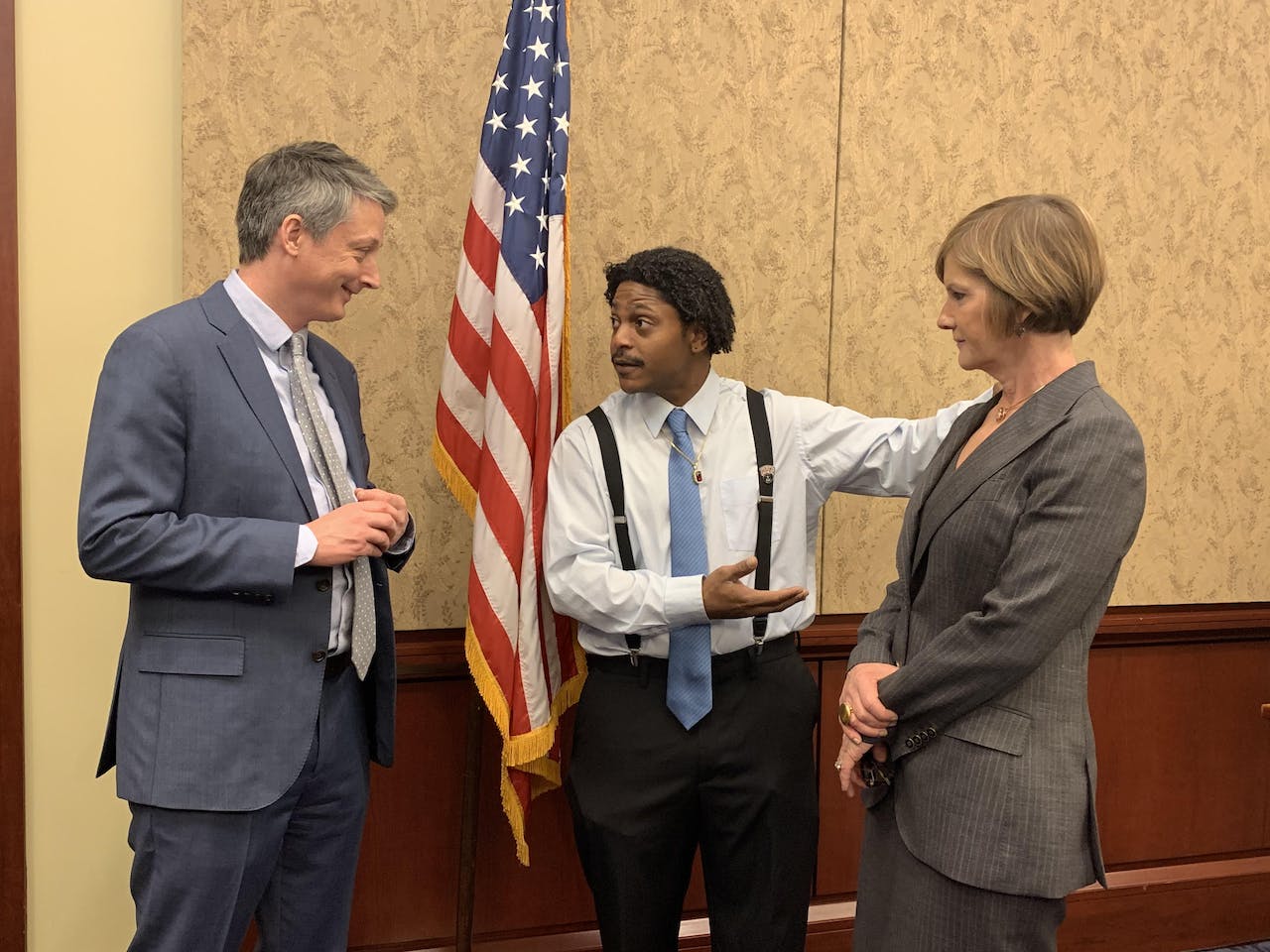 who, after serving in Iraq, pursued degrees in business and psychology at Argosy University in 2016. He says he spent three years and nearly eight months maintaining his grades — even as his father passed away from cancer within that time — before learning he wouldn’t earn his degree.

Argosy had closed its doors three months before Harrison’s graduation date in March 2019. Shortly beforehand, the U.S. Education Department discovered that the school had used $13 million it owed to its students to cover payroll and other expenses.

From not receiving the funds owed to him, Harrison says he could not afford to pay his bills and, in effect, his family was evicted, his car repossessed and his credit score 100 points lower.

“This was supposed to be the worry-free education that was promised to me when I fought on the battlefield,” said Harrison. “When I signed up, I was promised a worry-free education. I honored my commitment to the United States Army. I protected and defended this great nation, only to come back and be robbed by predatory industries that are supposed to uplift the same community.”

According to James Kvaal, President of The Institute for College Access & Success, and other representatives, Harrison’s story is far from uncommon. Kvaal says 224,000 borrowers are currently waiting for a decision on their claim, with some waiting three or four years.

“We have to respond appropriately to these things,” said Harrison. “There doesn’t have to be another Harrison family. No one should have to go through this.”

For now, the resolution awaits a decision from the Senate. If blocked by the Senate or by a presidential veto, DeVos’ rule will go into effect on July 1.