Universities expect a shifting tide in higher education policy when President-elect Joe Biden is inaugurated in January. But what kinds of reforms should Biden prioritize to ensure equity and access amid an ongoing pandemic? Which policies could achieve bipartisan support, and which could flounder in what might be a Republican-majority Senate?

These policy concerns dominated the second day of the Association of Public and Land-grant Universities (APLU) annual conference, which again gathered university leaders online for a packed afternoon on Tuesday. 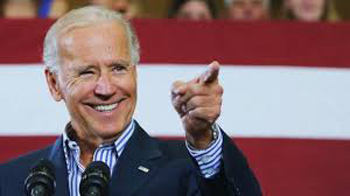 Keynote speaker U.S. Rep. Joaquin Castro – chairman of the Congressional Hispanic Caucus and a member of the House Education and Labor Committee – expressed enthusiasm for working with the future president on higher education policy, especially when it comes to closing the achievement gap for Hispanic students and supporting minority serving institutions.

“These are issues the committee and I are excited to work on with the new president,” he said. “It’s time that we support students in their path towards college. We cannot allow for college to continue to be unaffordable for so many, particularly in what is a very difficult economic time for millions in our country during this pandemic.”

“It is my hope that we will continue to seize more chances to get important bipartisan work done together in this next phase,” he said, emphasizing “student success” and “technology-based strategies for personalized learning” as priorities.

Under Biden, experts foresee a changing landscape for public universities.

For one thing, a Biden administration is likely to focus on implementing the borrower’s defense rule, which allows loan forgiveness for defrauded students, said Antoinette Flores, director for postsecondary education at the Center for American Progress, a left-wing think tank. The Trump administration has been slow to process these requests.

“I think you’re going to shift away from elite colleges back on community colleges, the colleges that are doing the work on college access,” Flores said. “And similarly I think you’re going to see a shift away from thinking about college students as right out of high school … and I hope that we’ll see more of the narrative of your typical college student, who likely has children and likely is working. That’s my hope just based on leadership.”

Meanwhile, for-profit colleges “have largely gotten a get-out-of-jail-free card from the Trump administration that will be expiring in January,” said Dr. Beth Akers, senior fellow at The Manhattan Institute, a right-wing think tank. She expects Biden to return to the gainful employment rule — the Obama-era policy that tied funding for for-profit colleges to whether graduates can afford to pay off their student loan debt.

But unless Democrats gain a majority in the Senate, Akers doesn’t expect to see sweeping reforms to financial aid, despite Biden’s free college plan, which promises two years of tuition-free community college and free public four-year college for students from families with incomes below $125,000. Akers does, however, foresee possible bipartisan support for doubling, or at least increasing, the Pell grant.

“Making any sort of innovative, completely new mechanism for delivering aid seems very unlikely in the near term, especially if Republicans are going to hold the Senate, which seems likely,” she said.

In Castro’s view, the fate of DACA students, the recipients of the Deferred Action for Childhood Arrivals program, also depends in part on which party controls the Senate. Currently, there can be no new applications for DACA status and renewals only last a year. While he believes Biden will do what he can to restore Obama-era protections with an executive order, the potential for comprehensive immigration reform, including for Dreamers, remains in limbo, he said.

Neither Flores nor Akers were confident that Congress would reauthorize the Higher Education Act legislation from 1965 that governs federal higher education programs which is supposed to be renewed every five years. It hasn’t been reauthorized in now more than a decade.

“When I first started writing about higher ed about ten years ago, I always started with something like ‘With the reauthorization of the Higher Education Act on the horizon…’” she said. “I stopped about two years ago with that.”

Castro, however, stressed the importance of revisiting the legislation.

Even though Congress will be facing a “full plate” come winter, “this is an issue that has languished for too long,” he said. “It’s been a long time since we’ve taken a close look at reauthorizing the Higher Education Act. And we need to get it done. When I say it’s been a long time, I mean for the full Congress to actually work together and successfully get it through the House, the Senate and get it signed by our president.”