For scholars, Warnock and Ossoff’s joint Senate victory reflects a long, winding relationship between Black and Jewish communities in the United States, particularly in the context of Georgia’s political history.

Often, people date Black and Jewish leaders working alongside each other to the Civil Rights Movement, but historians argue that’s too simple a narrative. 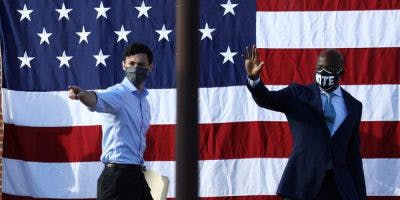 He noted that many of the White allies involved in the creation of the NAACP in the early 1900s, were Jewish, with Jews in the North serving as long-time champions and financial supporters for civil rights causes.

Even in the Jewish community, that early history of solidarity – led in part by secular socialist and communist Jews – is sidelined, said Dr. Lewis Gordon, a professor and department head of philosophy at the University of Connecticut, who is Black and Jewish.

Among American Jews, the image of prominent Jewish thinker Rabbi  Abraham Joshua Heschel marching alongside Dr. Martin Luther King Jr. is widely embraced as a peak moment for Black-Jewish relations, but that narrative ignores “the consistent and determined commitment to these changes from the left-wing Jewish community,” he added.

For him, it’s also important to remember that many Jews, like himself, aren’t historically White, and those who are – including Ossoff – still aren’t perceived as White by White supremacists. 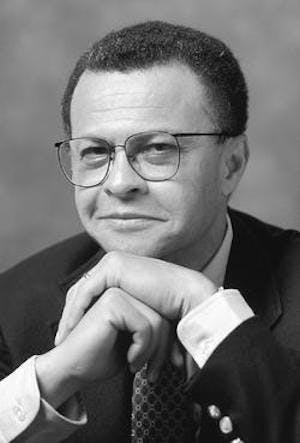 In the South in particular, the two groups historically faced anti-Black racism and anti-Semitism.

In the context of Georgia, as Black people began moving to Atlanta, tensions between the city’s Black and White residents over low-wage jobs bubbled over into a race riot in 1906. It was a “pogrom of African American communities,” spurred in part by the rhetoric of Tom Watson, a U.S. senator from Georgia at the time, said Dr. David Levering Lewis, a history professor at New York University and two time winner of the Pulitzer Prize for his biography of W.E.B. Du Bois.

“[The 1906 riot] resulted in, when the flames subsided, the virtual elimination of African Americans from politics in Georgia and the fastening on of segregation as never before,” Levering Lewis said.

Only nine years later, a Jewish man, Leo Frank, was lynched by a White mob after he was falsely convicted of murdering a teenage girl working in his factory, signifying a “renewed anti-Semitism.”

“The temple was bombed in the same way that African American churches were burned,” Garrow said.

Being reviled by the same forces brought collaboration and a sense of solidarity. For example, Morris B. Abrams, who would become the second president of Brandeis University, arose as a prominent civil rights lawyer in Georgia in the 1950s.

At the same time, Garrow noted that the story isn’t so simple. While some Southern Jews identified with their Black neighbors, others tried to distance themselves or actively discriminated against them. 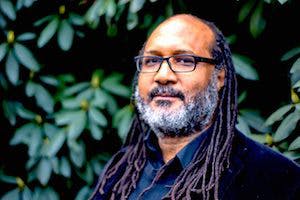 “Not all Southern Jews were pro-civil rights, pro-Black equality,” he said. “Some Jews in really tough, racist Southern cities, Southern towns, felt they had to be White racists themselves to avoid being paired with Blacks” and meet the same treatment from White supremacists.

Against the backdrop of Georgia’s history of racism and anti-Semitism, Levering Lewis called Ossoff’s and Warnock’s win “the most remarkable reversal” of long-standing “traditions of Black underrepresentation in politics” and “exclusion of the outsiders of the mainstream” in the state.

He argued that these tropes haven’t wholly disappeared. Ossoff’s opponent David Perdue depicted him in an ad with what appears to be an enlarged nose, a Jewish stereotype, while Warnock faced “dog whistles,” with Republicans portraying him as a “communist” and “liberal radical.”

For Gordon, Ossoff and Warnock’s win – and the successful organizing efforts of Stacey Abrams – signal hope for a brighter future, created by Jewish, Black and, he hopes, indigenous communities working together “in the midst of violent forces.”

“As we know, the lineage of Abraham is the idea of building a nation, and we’re living in the midst of seeing people trying to destroy a nation,” he said, referring to the breach of the U.S. Capitol by supporters of President Donald J. Trump the day after the Senate runoff election. The country is facing “forces that are anti-Democratic, forces that crystallize a White supremacy that is anti-Jewish, anti-Black. So, the symbolism of Ossoff, Jewish, and Warnock, Black, is a direct symbol of possibility in a nation against those White supremacist forces.”

He thinks that the success of Warnock, Ossoff and Abrams are only a beginning to the work of “tikkun olam,” the Hebrew term for “repairing the world.”

“They mark a possibility,” he said. “They in no way see themselves as the conclusion.”