U.S. Secretary of Education Betsy DeVos – one of President Donald J. Trump’s most loyal cabinet members – resigned her position on Thursday, following transportation secretary Elaine Chao. In a letter to the president, DeVos condemned Trump supporters’ breach of the U.S. Capitol the day prior.

“We should be highlighting and celebrating your Administration’s many accomplishments on behalf of the American people,” she wrote. “Instead, we are left to clean up the mess caused by violent protestors overrunning the U.S. Capitol in an attempt to undermine the people’s business. That behavior was unconscionable for our country. There is no mistaking the impact your rhetoric had on the situation, and it is the inflection point for me.” 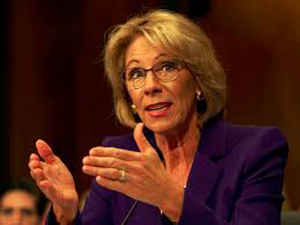 Reactions from the education world were swift, and some were celebratory. American Federation of Teachers President Randi Weingarten issued a two-word statement:

That sentiment echoed across the higher education sector.

“Betsy Devos’s resignation should be a time for a sigh of relief for students, teachers, student loan borrowers,” said Dr. Kyle Southern, policy and advocacy director for higher education and workforce at the non-profit Young Invincibles. “It’s the end of the tenure of the worst secretary of education in the department’s history.”

Dr. Donna Y. Ford, a distinguished professor of education at The Ohio State University, described DeVos’s legacy as one of “benign neglect” and “educational malpractice.”

When DeVos first assumed the role, Ford felt “education as related to equity, diversity and inclusion” was “doomed,” with DeVos’s emphasis on private schools and school choice versus public education. Four years later, she doesn’t think she was wrong.

There’s a “far-reaching, long-term implication of what we do in [pre-school through 12th grade], which has an impact on accessing and being successful in higher education,” she said.

For Patricia McGuire, president of Trinity Washington University, DeVos’s resignation feels like too little too late, coming 13 days before President-elect Joe Biden’s inauguration – in part because, if DeVos had stayed, she could have voted to replace Trump through a 25th Amendment vote.

“With only two weeks to go in the administration, it doesn’t have much actual effect,” McGuire said. “Trump has been fomenting this rebellion against the election since Nov. 3, and frankly he’s been fomenting insurrection for far more time than that.” 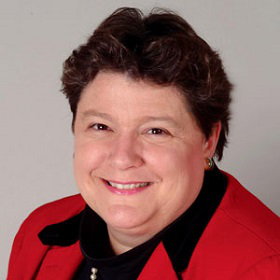 Higher education leaders worry some of DeVos’s policies will have a long-lasting impact, sapping time and resources from the new administration.

“We know we have years of work ahead to repair the damage that she’s done across the sectors of our education system,” Southern said.

Some higher education scholars pointed to her repeal of gainful employment, an Obama-era rule that penalized low-quality, for-profit colleges with high numbers of students unable to pay off their debts. Policy experts also emphasized her borrower defense to repayment rule, which enforced stricter criteria for federal student loan borrowers to have their debts forgiven in cases where they took out loans to pay for fraudulent schools.

DeVos spent her tenure “helping her friends in the for-profit sector,” said Wesley Whistle, senior advisor for policy and strategy for higher education at the think tank New America. “… It’s going to have a long-term effect on students who will be loaded up with debt they can’t afford. It’s placing a burden on them for the rest of their lives.”

Others highlighted changes to Title IX regulations, which offer more protections to those accused of campus sexual harassment and assault than the original federal guidelines under former President Barack Obama. For example, the new provisions allow the accused to cross-examine their alleged victims.

McGuire called it a “terrible breach of justice” that shifted Title IX regulations from “protecting victims to protecting and shielding perpetrators.”

DeVos also loosened accreditor oversight, and, while that was perhaps less “in the public eye,” it fueled a higher education landscape where accreditors increasingly compete with each other for business, McGuire said. “I don’t see that as helping accreditation or helping higher education either.”

To DeVos’s credit, under her watch, the Pell Grant was restored to incarcerated students, noted Dr. James L. Moore III, vice provost for diversity and inclusion and chief diversity officer at The Ohio State University. He’s also a professor of education and human ecology and a distinguished professor of urban education. Nonetheless, it feels like one key “win” amidst the “shenanigans” of the past four years, he said. 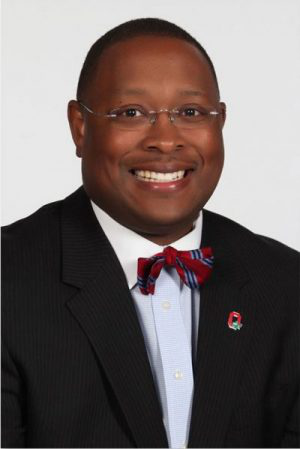 “Fundamentally, that set us back,” he said. Some of the more legally cautious universities went “completely cold turkey.”

Now, “as a result of all the social upheavals going on, there is a degree of consciousness and reflecting that is taking place,” he added. “… People are saying, ‘I have greater awareness and I realize I need more knowledge, skills, and I want to be able to formulate relationships and be an ally in this work to create a better America.’”

Moore wants the new administration’s education policies to reflect that.

“We’re losing Black and Brown students at every level of the education continuum,” he said.

He hopes to see a renewed focus on public education, an increase in the Pell Grant and more collaboration between federal departments.

Looking toward the future, Ford is “working hard to be optimistic,” she said. “With this resignation, I’m moving much closer in that direction.”