Going forward, the ACT says it will provide an automatically calculated superscore to all students who have taken its standardized test more than once. The nonprofit cites its own research that has determined superscoring to be the best predictor for how students will perform in college.

Superscoring involves taking the best score from each subject area (English, math, reading and science) across multiple test attempts and finding a new average between those scores. For example, if a student improved in English but worsened in math during a second test attempt, a superscore would take the new English score but keep the original math score. 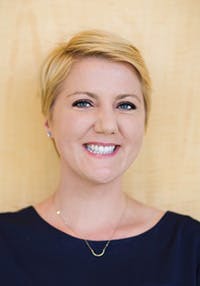 Superscoring is not new; in fact, many colleges have been using the method for a while, said Dr. Krista Mattern, senior director of applied research at the ACT.

So the question becomes: Why is the ACT just now endorsing it?

Our decision “is really based on research we’ve been doing over the last couple of years, looking at different scoring methods and determining which method is most valid,” said Mattern, who explained that the ACT had been initially hesitant about endorsing superscoring because “we thought it wouldn’t be the best predictor” for how students perform in college.

But that initial assumption was wrong.

In its research, the ACT looked at data from four common scoring methods — last, highest, average and superscore — and compared how well each one predicted a student’s first-year college GPA. According to the ACT, “while all methods proved to be similarly predictive, the superscoring method was superior in terms of prediction accuracy.”

Mattern has a few theories for why that is.

“We don’t have the data to really tease it out specifically, but by taking their best score per content area, I think we’re showcasing their strengths. We’re taking how students did on each subject area in isolation … and just really acknowledging what they can do per subject area.”

Another theory, she says, suggests that superscores better reflect a student’s work ethic, since the more times a student attempts the ACT, the more likely their superscore will rise.

However, for Dr. Laura Owen, executive director of the Center for Equity and Postsecondary Attainment at San Diego State University, there’s a separate concern on her mind.

“What becomes alarming is that we’re now catering even more to students who … have access to more resources, more tutoring and more test prep,” said Owen, who was formerly an urban school counselor. “So we’re actually increasing inequity again … and that concerns me when it becomes a proposition of who has access to the most resources and who has the highest income.” 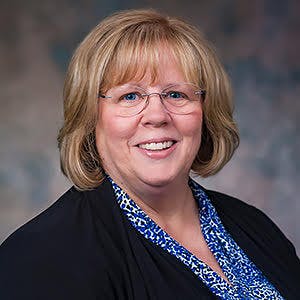 underrepresented and low-income students who don’t have access to test prep services, who can’t afford to retake the test multiple times and who may not have the resources (such as reliable transportation) to access testing sites — all factors that have been exacerbated by the COVID-19 pandemic.

Thus, if superscores are likely to rise the more times a student takes the ACT, Owen fears superscores would favor well-resourced students — especially considering past research finding that underserved students are less likely to take the ACT more than once.

But while it might appear that way, Mattern says the ACT’s recent research found “only marginal” differences between subgroups when looking at factors such as gender, race/ethnicity, family income and parental education level.

However, Mattern continued, when controlling for the number of attempts a student took the test, disparities between subgroups actually decreased in some instances, “so by allowing underserved students more opportunities to test and superscore, we may actually help decrease that performance gap.”

The challenge, however, is providing resources to help disadvantaged students retake tests. That’s why, Mattern says, the ACT updated its Fee Waiver Program to now allow qualified students to retake the ACT up to four times for free, rather than just two times.

Still, Owen remains skeptical. Regardless of how many times a student can take the test, she pointed to the fact that wealthier students would still have access to test prep services “that aren’t necessarily teaching math or reading skills but are actually teaching students how to outsmart the test administrator. … And I think that is problematic, because obviously we begin to see that those who are wealthy have a decided advantage.”

“A concern of mine,” she continued, “not just as an educational researcher, but as a parent, is what are the alternative methods that students will be evaluated against?”