Women Advancing in the Academy, Offers Hope for Gender Equity

In recent weeks, a number of women have been elevated to top leadership posts at colleges and universities across the nation, signaling a dramatic shift across the higher education landscape that at one time, was exclusively dominated by men.

Experts acknowledge that the fight for gender equity in leadership posts across higher education is far from over, but they say that they are encouraged that women are breaking the glass ceiling and advancing into prominent roles on campuses across the country. The fact that women of color are among that group is increasingly encouraging, particularly at a time when some have expressed concerns about the rising number of Black women, more specifically, who are leaving academe in droves. 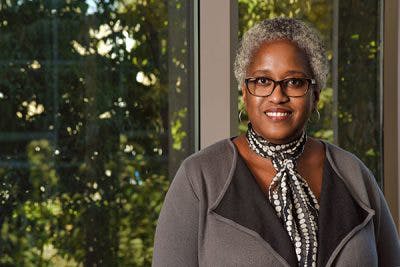 “The numbers are not where we need them to be, but thankfully, they are not where they used to be,” said Naomi Scott, an educational researcher whose scholarship focuses on women in the academy. “Albeit slowly, progress is being made. These most recent appointments signal that colleges and universities are recognizing the significant contributions that women are making to advancing higher education and are being rewarded for their hard work and diligence.”

The University of Maryland, College Park (UMD) recently announced that Dr. Jennifer King Rice — currently the dean of UMD’s College of Education and professor of education policy—would be the school’s next senior vice president and provost.

“It is an honor to be selected as Provost at the University of Maryland, a place and community that I love and am proud to serve,” said Rice. “With our president’s overarching commitment to excellence in all that we do, we are seizing a moment of great potential to contribute to our state and broader society in new and innovative ways. I look forward to partnering with stellar academic colleagues and administrators to cultivate a diverse and inclusive environment where everyone has the opportunity to fully participate and succeed.”

Last week, The New School announced that Dr. Renée T. White, currently provost and professor of sociology at Wheaton College in Massachusetts, will be the university’s next provost and executive vice president for academic affairs. An accomplished higher education administrator and scholar on race, gender, and social inequality, White will begin at The New School August 1, 2021. She will serve alongside Dr. Dwight McBride, a prominent literary scholar who marked his one-year anniversary as president of The New School last month.

There have also been other notable appointments too.

Dr. Khalilah Brown-Dean, a professor of political science at Quinnipiac University, was recently named the new associate provost for faculty affairs, a position that was designed to strengthen faculty-related functions and activities.

“Khalilah has been a highly effective and forward-looking leader in her 10 years at QU,” Dr. Debra J. Liebowitz wrote in a letter to faculty. “She is committed to thinking holistically about faculty experience, support, research and development.”

Brown-Dean, the author of Identity Politics in the United States, said that she was humbled by the opportunity. 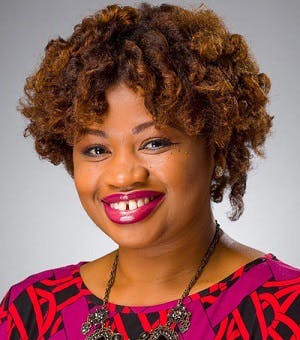 “The value of our faculty is more than what we produce or the positions we hold; our value rests on who we are and how we are empowered to build personally and professionally,” she said. “Affirming this requires structuring university-wide endeavors to encourage more unified expectations and experiences across departments, schools, and faculty lines. The Strategic Plan’s emphasis on creating an inclusive, excellence-driven community closely aligns with my own interests and strengths, and I look forward to meeting the significant demands required of this critical new position.”

There were a string of other women appointed to leadership roles at colleges and universities, including Dr. Barbara Wilson, who was named president of University of Iowa. The University of Redlands has appointed Dr. Krista L. Newkirk as its first female president, and Chippewa Valley Technical College announced that Dr. Sunem Beaton-Garcia will be their new president. Beaton-Garcia is the first woman and first Latina to serve as president.

“Progress does not happen overnight,” said Scott, who added that she was encouraged by the appointment of more women to leadership posts and suspects that the trend will continue. “Now, however, is not the time for us to become complacent. We need to work to make sure that more women are advancing into leadership positions inside of the academy. That is critically important.”