Born and raised in the Bronx in New York City as one of five children to a father who was a machinist and businessman and a mother who was a dental hygienist, Dr. Geraldine Perri learned the value of community college education from her neighborhood, her mother and her own experiences.

“As a community college student in the South Bronx, I witnessed some of my own classmates who were counting on their education to help them and their families have a better life socially, economically, emotionally and physically,” says Perri, who is retiring as superintendent/president of Citrus College at the end of June, after serving in the position for 13 years. Her overall career in community college education spans almost 40 years. 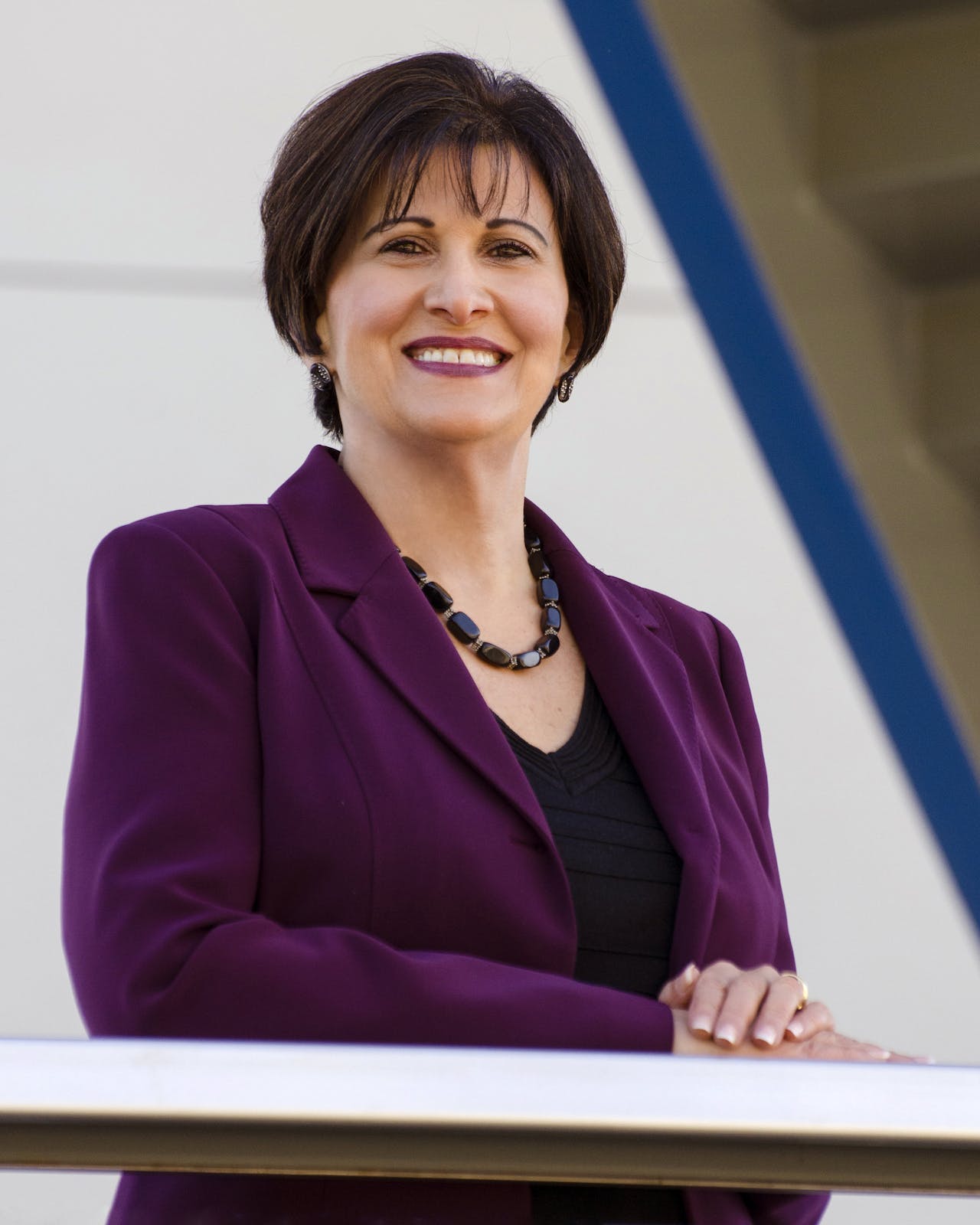 Perri’s academic background is an example of the career opportunities made possible by community colleges. Her mother was a homemaker who enrolled in Hostos Community College of the City University of New York to become a dental hygienist. Like her mother, she holds an associate degree in dental hygiene from Hostos. She went on to earn a bachelor’s degree in dental health education and a master’s degree in health education, both from New York University. After moving to California, Perri earned a master’s degree in organizational development and a doctorate in human and organizational development from the Fielding Graduate University in Santa Barbara.

“After nearly a decade of teaching, I was then fortunate to have the opportunity to serve for over six years as the associate dean of allied health and career education programs at Hostos Community College. My administrative role at Hostos Community College motivated me to continue in higher education administration,” Perri recalls. That’s when she decided to pursue the Ph.D. at Fielding, after which she held top administrative positions in California higher ed, including dean of career education at Mt. San Jacinto College, vice president of instruction at San Diego Mesa College and president at Cuyamaca College in San Diego County. Then, after nearly seven years, she assumed the presidency at Citrus College, a campus of more than 19,000 students in Glendora, California.

Among numerous innovations and accomplishments, one of her most salient was the 2012 convocation where the Citrus College students, faculty and staff formally committed to being a “College of Completion,” pledging to each do their part to contribute to student success and completion.

“This was a pivotal moment in the history of Citrus College,” Perri says, adding that it contributed to “benchmark outcomes year after year” in student completion and transfer, garnering both state and national recognitions, including four invitations to apply for the prestigious Aspen Prize for Community College Excellence.

One of Perri’s major achievements was being offered the job in the first place. She became the first woman and the seventh superintendent/president in Citrus College history. She believes her appointment “signaled a change in leadership style and operating basis.”

“It offered the college community leadership from the vantage point of a woman,” she explains, adding, “I believe that I brought to the college skill sets that complemented those of my predecessors.” Perri emphasizes her focus on mentoring, empathy, attention to details “while having the big picture in mind,” and creating a “collaborative, upbeat environment.”

A major challenge to that environment came with the crisis of COVID-19. However, Perri says the campus community rose to the occasion. “From faculty to staff to students, each member of the Citrus College community rolled up their sleeves and adapted quickly to make things happen.”

Perri points out that, a few months into the shutdown, the state of California allowed students in essential training areas such as health care professions to return to campus in modified schedules. This helped continue the flow of trained personnel into those fields and allowed the students to complete their requirements. “To the credit of all, our students safely finished their classes, earned their certificates and degrees, fulfilled their requirements for transfer and were prepared well to enter the workforce.”

Perri is convinced that, as a result of adjustments and changes introduced during the pandemic, “many novel teaching and administrative methodologies have emerged which will remain a successful part of higher education practices.”