When Aniyah Willis was born, her asthma put her in and out of the NICU for months.

As an honors student in high school, she had little money to spend on an expensive four-year school. Luckily, her first choice — nearby St. Petersburg College (SPC) in Florida — offered a generous financial aid package that ensured she has not paid a penny out of pocket.

Going to SPC gave Willis another unexpected bonus: the well-rounded support of a Guided Pathways school. SPC was one of the first 30 institutions to try the philosophic and programmatic switch in 2015. Since then, Guided Pathways has grown to include more than 300 institutions since 2019. 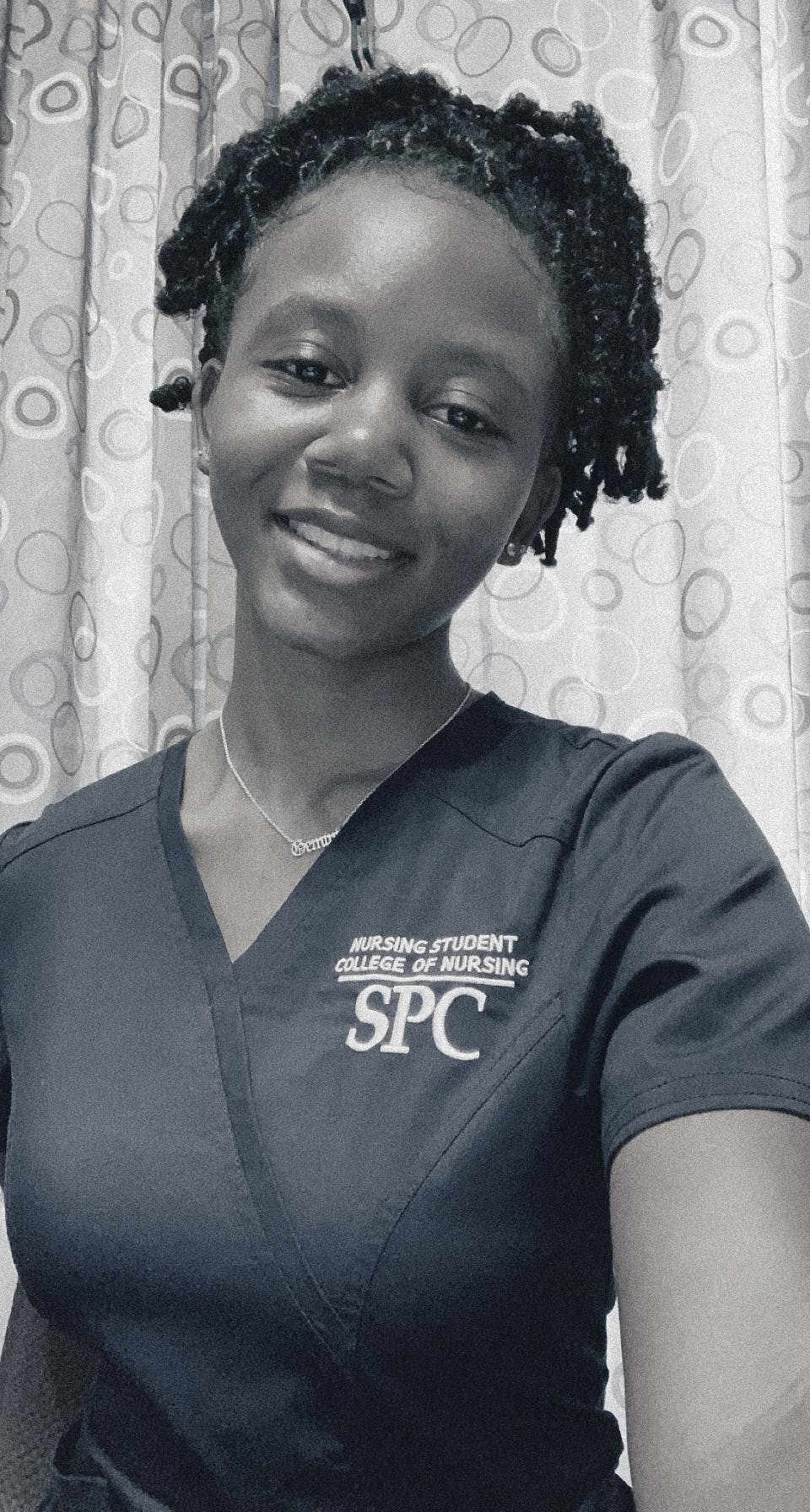 Aniyah WillisGuided Pathways is designed not only to get students successfully through their educational journey but to help them graduate with a firm plan in hand and a working knowledge of the career opportunities available in each major. The program’s goal is to minimize extraneous courses taken, saving students time and money, setting students on the path to success. According to a 2020 report by the Center for Community College Student Engagement, Guided Pathways is working.

Willis knew she wanted to be a neonatal nurse like the ones who saved her life many times over as a newborn. But she didn’t know exactly how to get there.

“I was unsure of how exactly college worked,” says Willis. “The schedule was a lot different than grade school; I wasn’t sure what a ‘prereq’ is, I didn’t know what classes I should have been taking.”

So, Willis reached out to her advisor, Tara Hunter, who helped Willis learn about different careers available in the field of neonatal nursing and helped Willis understand the nuances of the college experience.

“I would ask, 'What’s my estimated graduation date, am I taking the right course, what do I do next?'” says Willis. “[Ms. Hunter] would send me the information from the website, telling me all the due dates, everything I needed completed. She helped me create my own academic plan; it’s planned for the next two years.”

Like any new concept, Guided Pathways has been tweaked in the six years since it was first implemented.

“When pathways first became a term and people started talking about it, the end goal was still completion,” says Susan Mayer, leadership coach and chief learning officer at Achieving the Dream. “But now, we’ve centered equity much more intentionally in the work. We’ve centered identities and needs of students.”

Classrooms are incorporating changes too, making their learning environments much more active and student-centered. Pedagogy is “more culturally responsive,” says Mayer, and makes “faculty and students co-partners in the learning process.”

For Willis, the depth of support provided to her from every angle, from advising to faculty and mentoring, pleasantly surprised her. She’s been so impressed that she’s considering staying at SPC to complete her bachelor’s degree.

Hunter, Willis’s advisor, says the majority of students aren’t like Willis; students often don’t know what they want to do right when they walk through the door.

“You have to start them from scratch. They don’t know what an A.A. degree is, or an A.S., or B.S.,” said Hunter. “You start with the basics, pull out of them what they want to do, and then you have to tell them what it takes.”

The Guided Pathways advising style is different than when Hunter first attended SPC herself in 2011. She originally envisioned herself in the field of health; now, she helps students in health, science or math fields see the careers ahead of them and know the direction they are headed.

“I didn’t have a dedicated advisor [back then,]” she said. “When I was going, we had different advisors, not case managers. Now, I get to be involved in the cases, I get to know the students, which I love.”

Guided Pathways puts general education classes up first in a student’s plan. The Community College Research Center published a study in 2019 that showed the milestones a student achieves early on are predictive of long-term success; completing college level math and English is critically important to achieving momentum, says Mayer. Knowing their courses upfront, says Mayer, increases students' excitement and their sense of belonging and purpose. 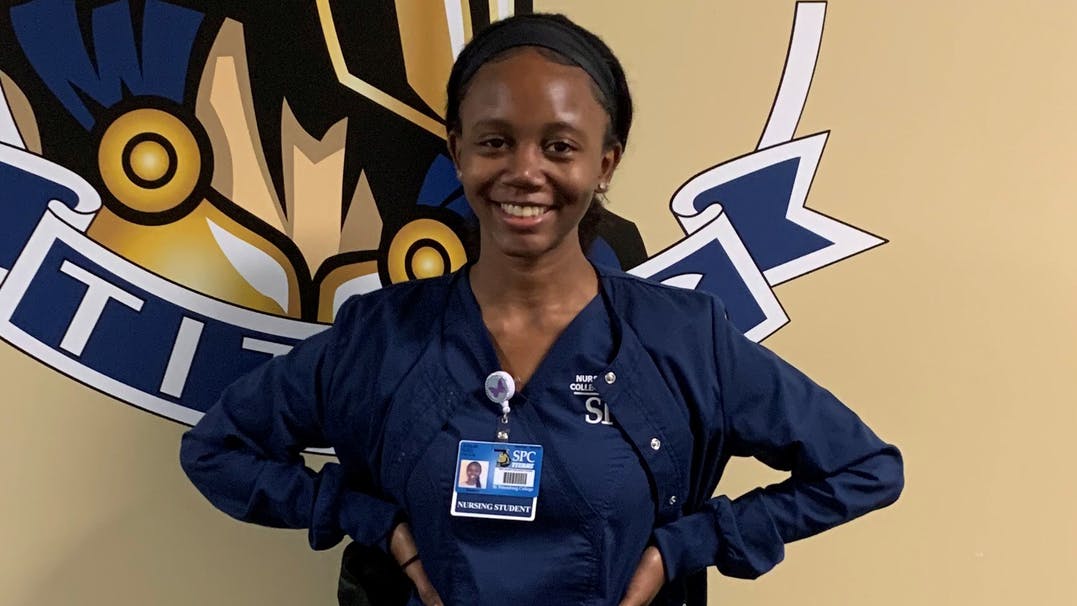 Aniyah WillisHaving their courses planned allows students to “take less credits, because they have a clear map that lays out the courses to complete in the sequence to take them,” says Mayer, adding that, on average, every community college student who needs only 60 credits to graduate amasses at least 90 credit hours.

“That’s time. That’s money. Financial aid that can’t be used because you used it on courses,” said Mayer.

Hunter says that “being able to see the actual coursework ahead of time does help you determine what path you want to do.” And if a student becomes overwhelmed or disinterested in their classes, Hunter helps them get to the bottom of the trouble.

“I ask them, ‘Well, what is it that’s holding you back in this class? Are you not interested, or feel you can’t do it, do you need support? What would really help you? If this is the career you want, you have to take these classes,’” says Hunter. “But if it isn’t going to work, we have to find a different pathway for them.”

Students who change majors are introduced to their new advisor, who can easily access all previous conversations had with an advisor through software used at SPC called Who’s Next.  That saves a student from having to re-explain their life stories and creates a supportive environment where a student feels known.

“A lot of advising has been transactional,” says Mayer. “It’s important to have a good student experience. A lot of community college students are first-generation students. [They] need to feel comfortable when they reach out for support in certain areas. We know that many students have non-academic needs. Being able to build a relationship with an advisor is important to having access.”

The support from her advisors was necessary for Sadokat Khakimova, a computer science student at Texas A&M University, who got her start at a Guided Pathways community college in Texas, San Jacinto Community College.

San Jac, as it’s called by alumni and locals, has been a Guided Pathway school since 2016. Its financial aid and international advisors helped Khakimova understand how to take advantage of the U.S. scholarship system, something she was completely unfamiliar with as an international student from Uzbekistan. From a young age, Khakimova fell in love with math and dreamed of studying in America.

“My mom was supportive,” she says, with a laugh. “My dad thought, ‘Ok, another dreamer.’”

Early on, she gained the support of a mentor who occasionally taught at Stanford, Dr. Abdimajid Pulatov. He took her under his wing and helped her find her footing. He died recently, and Khakimova felt even more determined to make her dream a reality. Her family scraped together enough money for her plane ticket and her first semester. After that, any funding for her education she would have to find herself.

To pay for her rent, food and any other small necessities, Khakimova got a job working at the San Jac cafeteria, making her a working student just like many others at community colleges. Knowing what classes to take ahead of time can be critical for working students, says Mayer.

“Being able to understand your academic requirements, how much time and in what areas you need to plan your schedule so it coincides with work, you can think about a collaborative approach to scheduling that satisfies your academic and work requirements,” says Mayer.

Adult student populations are more likely to need to negotiate work and education priorities. They make up the majority of students at Lane Community College in Eugene, Oregon, which initiated its Guided Pathway program in 2019. Gregory Evans has been with Lane for 27 years; he’s been an instructor, a faculty advisor and now is the associate vice president for equity and inclusion.

“What we’ve started to do, particularly with counseling and advising, has been a very good change and a very good pivot from a style of counseling that’s not as effective,” says Evans. “We’re trying to meet our students where they are, make sure they identify what career path they want to go on and help them accomplish their benchmarks and their goals.”

The average age of students at Lane is 29-31. Their philosophy, like most community colleges, is to open access to education for all. Before Guided Pathways, says Evans, they were not seeing the completion rates they wanted to.

“Guided Pathways really helps clarify the career path for the student. Talking about students of color, it really helps them to gain a sense of focus and continuity,” says Evans. “They may not have those tools coming out of high school.”

Lane also has a fair number of previously incarcerated students. For them in particular, knowing what career paths are open to them is crucial to their post-graduation success.

“Once you commit a felony, there are numerous jobs that are not open to you, avenues you can’t pursue,” says Evans. “You have to be realistic and help students look at things they can put their arms around and fall in love with.”

The Pathways philosophy, says Mayer, would be incomplete without including opportunities for community involvement and civic duty, things that, for Khakimova, helped shape her success. She got involved in Phi Theta Kappa, Student Government Association and the San Jac Honors program; there, she met friends and found extra support needed to get comfortable speaking a language that, at one point, kept her quiet in the classroom.

Now in her fourth year of study, Khakimova dreams about getting her master’s degree and becoming the youngest product manager at Google. She also wants to run a non-profit designed to get more women involved in STEM. And she knows that, no matter what happens on her journey, her support system at San Jac and beyond will be there when she needs them.

“There’s a cliché,” says Khakimova. “It’s not about what you know but who you know. It’s also true that those people you know can open those doors to ideas you’ve never even heard of.”

Editor's Note: In an earlier version of this story, we incorrectly reported that Lane Community College was located in Bend, Oregon. The story has been updated to show its correct location in Eugene, Oregon. Diverse regrets the error.