As associate provost for social mission and academic excellence at Chamberlain University — a leading grantor of bachelor’s degrees in nursing to underrepresented minority students in the United States — Dr. Kenya Beard is playing an outsized role in shaping how many of the nation’s nurses are being educated. 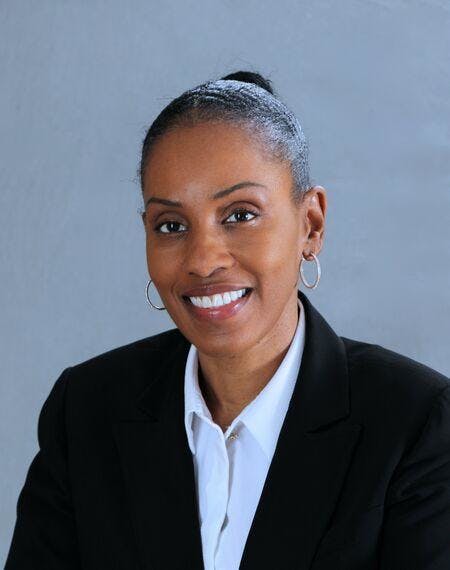 Dr. Kenya Beard“The nursing profession is very powerful,” says Beard. “With four million nurses, we’re the largest health care discipline providing care to vulnerable populations. And it’s our role not just to deliver high quality care but to make sure we open the doors a little wider for access.”

Beard is helping open that door with a special key: social mission.

“When we talk about social mission, it’s an umbrella term we use to describe all the ways that schools can advance health equity,” explains Beard. “It’s what we want to do as healthcare providers and educators. We want to make sure that we create learning environments where [our graduates] are positioned to advance the health of all individuals and populations that they serve.”

One way to create that type of environment, she says, is to practice culturally responsive teaching.

For decades, Beard says a dominant voice persisted in nursing textbooks and education — one that centers the patient as the cause of a problem or health issue, rather than the structures surrounding the patient. Culturally responsive learning, however, invites multiple perspectives to the table and contextualizes numbers, rather than merely relaying statistics to students.

For example, when teaching about Type 2 diabetes, Beard says a textbook using the previously dominant voice might merely present the following data: that obesity puts people at risk for developing Type 2 diabetes and that African American and Hispanic populations have higher rates of Type 2 diabetes. However, without contextualizing this information, Beard says nursing students are at risk of connecting the dots in a way that reinforces stereotypes and blames the patient.

“That misses food insecurity, it misses how redlining has steered people into areas where there’s food insecurity. It misses how poverty plays a huge role in what people can purchase,” says Beard. She shares the story of one student who was shocked to learn that soda was on the dollar menu at McDonald’s while a bottle of water wasn’t.

“So what does that tell you? We need to make sure we’re graduating students who have a broader understanding of why healthcare disparities exist. We need to move away from blaming individuals to really understanding how structures play a huge role in healthcare outcomes.”

Examining the environmental and social factors that impact a person’s health has been famously called the “social determinants of health” model within education. Just as this model is critical for nursing students to understand, a similar model — the “social determinants of learning” — is just as critical for nursing faculty and administrators to understand, says Beard.

The social determinants of learning is a framework published by Chamberlain researchers in 2021 — and it’s largely what drew Beard to the university last spring. She had previously been working as dean of nursing & health sciences at Nassau Community College when she kept encountering students who were finishing their degrees at Chamberlain.

“I wasn’t really familiar with Chamberlain, but because of the comments I was hearing from students, I said, ‘Let me check out Chamberlain and see what this school is doing,’ because so many students had so many positive things to say, so I wanted to know more.”

When she learned about the school’s newly published social determinants framework, it felt like a natural continuation of her work in access and health equity. Similar to how nurses must consider social factors leading to poor health, the framework — which was presented at the 2021 National League for Nursing Education Summit — helps educators understand the social and environmental factors that are leading to poor student outcomes.

“When we think about all these other issues, it helps us to broaden our perspective regarding the ways in which societal influences have impacted who can come into higher education, who gets to graduate and who gets to become a healthcare provider,” says Beard.

“We have to realize that when we talk about inequities, all of us as educators and healthcare providers are operating in a system that we inherited, that was primed to create these disparities that exist today,” she continues. “Humans created this condition, and humans can get us out of this condition. But the first thing we have to do is be humble, humble enough to recognize that we are playing a role in this, and mindful and empathetic enough to move us out of this.”