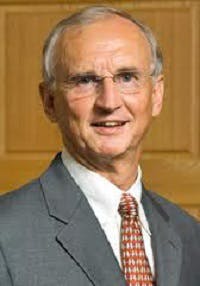 HARTFORD, Conn. — The former president of Connecticut’s state university and community college system was paid at least $100,000 more than his salary in 13 months on the job, before resigning earlier this month amid a controversy over $250,000 in unauthorized raises.

Robert Kennedy received $75,000 from a contractual bonus and an un-vouchered expense account, and at least $25,000 in other reimbursements on top of his $340,000 salary, The Hartford Courant reported Sunday. The compensation was allowed under a contract negotiated by the governor’s office.

Kennedy is also eligible for another $20,000 in “deferred compensation,” despite his leaving the job.

Kennedy and a vice president of the college system, Michael Meotti, resigned on Oct. 12 after Kennedy admitted making a mistake when he awarded $250,000 in pay raises to staff over the past year without the Board of Regents’ permission or knowledge.

Messages were left for Kennedy on Sunday.

Kennedy was also criticized for a nearly nine-week absence from Connecticut during the summer, but is still expected to be paid more than $4,000 for nearly 27 hours of “accrued vacation,” the Courant reported, citing Kennedy’s contract and responses to a request under the state’s Freedom of Information Act.

Kennedy said he worked much of the summer from his summer home in Minnesota. He has said that he believed a contract provision for six weeks of “annual paid professional leave” allowed him to work remotely from the summer home.

·         Two payments of $25,000 each earlier this year under a provision in his contract for un-vouchered expenses. The only documented expenses in the $50,000 total were about $219 in December and January.

·         A $25,000 performance-based bonus paid for meeting his first year goal of establishing the central system office of the Board of Regents.

·         $19,274 in moving reimbursements for his relocation from both his main residence in Maine and his summer home in Minnesota upon his arrival in Connecticut in 2011.

Beginning operation in July of last year, the Board of Regents was proposed by Gov. Dannel P. Malloy as a way to streamline the way Connecticut runs its colleges and universities. The group governs four state universities, 12 community colleges and a public, online school, excluding the University of Connecticut.

Former University of Connecticut President Philip Austin has been named as an interim replacement for Kennedy.