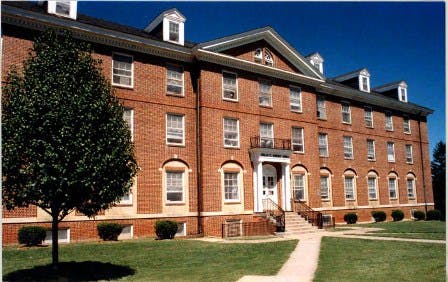 A small, private historically Black college in Virginia was on the brink of shuttering its doors and ending more than 145 years of history, but, instead of closure, a merger is likely.

Saint Paul’s College in Lawrenceville, Va., could have easily died a slow death, especially after narrowly avoiding being stripped of its accreditation this summer amid mounting debt, but St. Augustine’s University, another HBCU, wants to see to it that the college survives in more than just name only.

“We find ourselves with the opportunity to do what is necessary, to not only preserve the legacy and history of our sister institution, Saint Paul’s College, but restore the viability, credibility and reputation of this HBCU,” read a statement from the university obtained by Diverse.

“We are still working through some of the details and have no further comment at this time,” said a spokesperson for Saint Augustine’s President Dianne Suber.

A shared affiliation with the Episcopal Church and a centuries-old mission to educate the underserved are among the things that unite the two institutions, separated geographically by only a few hundred miles. If plans are finalized by the Southern Association of Colleges and Schools and the U.S. Department of Education, how would such a merger look?

“Saint Augustine’s University is committed to upholding the history and legacy of Saint Paul’s College and making this transition as seamless as possible,” university officials state, but its goodwill would also come with a hefty financial commitment. “The consolidation would mean that Saint Augustine’s assumes all of Saint Paul’s liabilities, debts, and revenues. We estimate that our debt is at $4 [million] to $5 million dollars,” Stith said.

But at the same time, Stith said, Saint Augustine’s “wouldn’t be buying a pig in a poke. They would have some debt, but they would also have some tremendous assets.”

On the table, Stith said, is an estimated “$30 million in property, buildings, and infrastructure” that includes a student center, a gymnasium that’s paid for, about 500 acres of undeveloped land attached to the 142-acre college, and a subdivision lot in an exclusive area of Virginia’s Fauquier County that is probably worth about $300,000. Saint Paul’s location in rural Virginia and away from commercial properties has not made liquidating some of those lands a viable option for shoring up its debt over the years, Stith said when asked. In October, Saint Paul’s lured Stith away from Virginia State University to help it raise much-needed funds to operate the college, which has about 111 undergraduate seniors enrolled this semester.

Saint Paul’s may be teetering at the point of dissolving, but it managed to kick off the fall semester in September and in November host a homecoming without a football team and crown Takeya Skinner as queen.

The proposed merger plan would offer new students majors that include Teacher Education, Criminal Justice, and Business Administration with an Emphasis in Economic, and Rural Community Development.

“We believe each of these majors has the potential to be successful at the newly established site, especially because they capture the interest and focus for the community surrounding the campus,” according to the statement from Saint Augustine’s.

In his first month on the job, Stith says he already raised more than $16,000 and met people along the way who have been “more than willing” to write checks when he’s asked in the name of Saint  Paul’s College. Many have been alumni and fraternity members, and others were unfamiliar with the Black college until Stith gave them his pitch for the “school I believe in.”

The inability of Saint Paul’s to raise operating costs and pay its debts was one of the concerns that initially led to its loss of accreditation. If the new merger plan is finalized, Saint Paul’s will retain its accreditation while it remains under the Saint Augustine’s umbrella.

For now, he added, Saint Paul’s has plenty of fight left. “We are just grateful that the president of Saint Augustine’s decided that we are not going to let you get pushed under the bus.

“She reached out to Saint Paul’s because she didn’t want us to be eliminated from the landscape.”