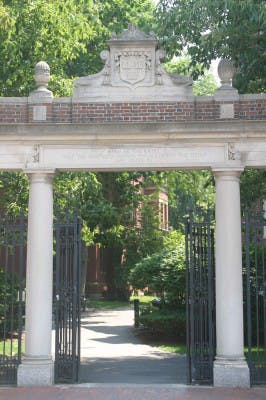 Nearly half of all Americans have a dim view of the quality of U.S. higher education, and most think it’s not only too expensive but also only a fair or poor return on their investment, according to the results of a new survey.

Most of those surveyed—particularly college-aged Americans themselves—agree that U.S. higher education must change to remain globally competitive, though not everyone is convinced that increasingly popular online courses are as effective as conventional ones.

“These findings are a wake-up call for those of us in higher education,” said Joseph Aoun, president of Northeastern University, which commissioned the study.

Forty-six percent of respondents consider the state of U.S. higher education “fair” or “poor,” and 61 percent said the same thing about its value for their money. Nearly nine out of every 10 say cost is a major barrier to obtaining a college degree.

Three-quarters of younger people say they’d be happy with a “no-frills” education that forgos such amenities as athletic facilities and dormitories, and almost the same proportion would have been willing to spend a year or two working in public service in exchange for a break on tuition.

Two in three say cuts in government funding have lowered the nation’s standing as a global leader in higher education, and more than four in five—including majorities of Republicans, Democrats and independents—believe that government should invest more in it.

While Americans want more innovation by colleges and universities, slightly more than half aren’t convinced that online education is as good as the conventional kind. But more than two-thirds think online degrees will be equally recognized by employers within the next five to seven years.

The poll, conducted for Northeastern by FTI Consulting, surveyed 1,001 respondents by phone in mid-October as well as 250 people aged 18-30 on the Internet. The margin of error is +/- 3.1 percent.