College Savings on the Rise as Plans Average $20K 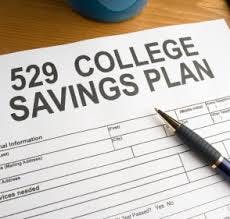 WASHINGTON ― The good news is that Americans are saving more than ever for college. The bad news is that the average amount still isn’t enough to cover one year at a four-year public university.

In a report released Tuesday, the College Savings Plans Network found that the average college savings or prepaid tuition account is now worth about $20,671 ― almost double what these “529” accounts were worth during the dog-days of the recession.

Called a 529 after a section in the federal tax code, these investment accounts are popular because the money grows tax-free and withdrawals aren’t taxed so long as the money is used for college expenses.

The group, which tracks the state-sponsored savings plans, attributes the increase to several factors, including a healthier stock market and improved economy as well as greater consumer awareness of 529 plans and a growing concern among parents of the cost of higher education. According to the report, contributions to 529 plans jumped from $16.5 billion in 2009 to $22.5 billion.

At the same time, the $20,671 figure still wouldn’t cover a single year at most schools. The average cost for a four-year public school, including room and board, is about $18,391 a year for in-state students and $31,701 for those from out of state.

Betty Lochner, chair of the College Savings Plans Network, said the latest finding is still good news because any amount saved is money that won’t need to be repaid with interest.

“The steady increase of total assets, account size and contributions in 529 plans are positive signs that Americans recognize saving for college as a long-term commitment and investment,” Lochner said in a statement accompanying the group’s report.

Overall, the group found that college savings and prepaid tuition plans have climbed steadily since 2008, when the country fell into a recession following the crash of the housing market. That year, the average college savings account dropped to $10,690. The nation had $104.9 billion in assets managed under the savings plans at the time.

As of June of this year, the average savings account almost doubled to $20,671 with total assets topping $244 billion. The group noted a particularly sharp increase in the first half of this year: Between January and June, total assets in 529 plans grew by about $17 billion.