College Ratings Proposal Continues to Be Work in Progress 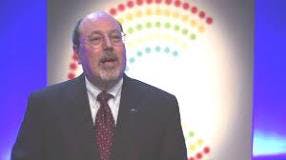 (ACCT) President and CEO J. Noah Brown said he was concerned about the lack of accurate data available to fairly evaluate postsecondary institutions.

The Community College National Legislative Summit featured a panoply of Washington persons of interest of all political stripes pledging their support for community colleges. Amidst the speechifying, a few details about an impending White House initiative were clarified.

Even though the Department of Education maintains that they plan to compare only “like to like” institutions, critics of the plan maintain that there is immense variety even among similar institutions, making it virtually impossible to rate them fairly.

In his remarks to the summit last week, Under Secretary of Education Ted Mitchell said that the proposed ratings system would no longer be linked to financial aid funding, and suggested that the proposed system would be open to reinterpretation after its first iteration. The ratings system is now set to be revealed in late spring or early summer, and will begin for the 2015-16 academic year.

Association of Community College Trustees (ACCT) President and CEO J. Noah Brown said that he welcomed the change in the narrative. He also expressed a concern that the rating system was still light on details at a relatively advanced stage in the game.

“We’ve been working with the administration … and after 12 months, it’s hard to discern if they’re any further along with the system than they were,” Brown said. “We’ve said all along we’ve had serious concerns with the ratings system, particularly with regards to our institutions.”

Brown said he was particularly concerned about the lack of accurate data available to fairly evaluate postsecondary institutions. Mitchell acknowledged on Tuesday that the IPEDs data system is limited, and that the Department of Education may use state data instead. IPEDs data does not count transfer students, which has a direct impact on community colleges, since they serve many of that population.

State data might be better, but not universally, Brown said. “I think they’re really struggling internally to figure this out,” he said. “This is a big, big bite out of the apple here, and I think that they’re realizing, at least from an institutional research data standpoint, it’s very complex.”