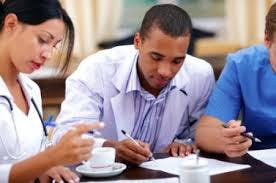 Although they often operate at the margins, nearly 22 percent of the nation’s community colleges are minority-serving institutions and are responsible for enrolling about 55 percent of college-going minorities, according to a new report released by the Center for Minority Servings Institutions at the University of Pennsylvania.

“Given the nation’s changing demographics and it goals for increasing access to higher education, the influence and importance of MSI and community colleges are likely to expand in the community years,” said Thai-Huy Nguyen, a doctoral student in Penn’s Graduate School of Education and the lead author of the report.

Nguyen said that, despite the fact that many of these minority-serving institutions are clustered in areas that have some of the highest incomes in the country, they operate, on average, with “less resources than their four-year MSI and non-MSI community college counterparts.”

In the wake of President Obama’s recent proposal to make community college free for all Americans, Dr. Marybeth Gasman, director of the Center for Minority Serving Institutions and a professor of higher education at Penn, said that two-year MSIs have to be a part of the continuing dialogue about the future of higher education. They have been invisible, she said, for far too long.

“There is a story worth telling,” said Gasman of the two-year colleges that have witnessed unprecedented growth over the past decade. “The incredible diversity within them is indicative of what colleges and universities will look like. They are a microcosm of what the U.S. will look like.”

There are currently 145 two-year AANAPISIs, located across 15 states and U.S. territories. About 13 percent of the nation’s HBCUs are two-year institutions and HSIs, which are largely located in California, Texas and New Mexico, have a part-time student enrollment rate of 64 percent. The overall retention rate among these institutions is about 44 percent, while the report points out that, among two-year tribal colleges, the retention rate is about 36 percent.

“We really wanted to examine the similarities,” said Gasman. “And we wanted to give people a sense of where these institutions are located.”

Gasman pointed out that, like their four-year counterparts, two-year MSIs have been quite successful in steering students toward the science, technology, engineering and mathematics (STEM) fields. And although their overall graduation rates are on par with non-MSIs, experts have said that, in many cases, students of color have said that they feel more comfortable at these institutions because of the support services and the familial relationships they’ve developed with faculty and staff.

“Two-year MSIs are poised to support greater social mobility and economic stability for racial and ethnic minority and low-income students, but only if we invest in them in meaningful and effective ways,” said Dr. Valerie Lundy-Wagner, a senior research associate at the Community College Research Center (CCRC) at Teachers College, Columbia University, who contributed to the report.

The Penn Center for Minority Serving Institutions will host a live Twitter chat to discuss two-year MSIs on Thursday, March 5, 2015, from 11:30 a.m. to 12:30 p.m. (EST). Participants can add #MSIchat anywhere in their tweets to be included in the conversation. Follow @CenterforMSIs.