People who consider a bachelor’s degree the only route to a good-paying job should think again, because the economy is providing similarly gainful employment to workers with just a high school education and those with so-called middle skills, according to a new study by the Center on Education and the Workforce (CEW) at Georgetown University. 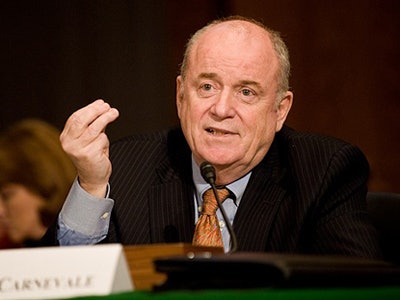 Dr. Anthony P. Carnevale, director of the Center on Education and the Workforce.

Released Tuesday, the report is based on research conducted by the nonprofit CEW in partnership with global financial services giant JPMorgan Chase & Co.

But how is a “good job” defined? According to the study, it’s one that pays an average $65,000 for workers with a bachelor’s degree or higher, $56,000 for workers with less than a bachelor’s degree or an occupation that pays at least $35,000 a year. Researchers chose these figures in consultation with economists because they are above the 30th percentile in the economy – the “bad” jobs, the report’s lead author and CEW director Dr. Anthony P. Carnevale told Diverse.

While it’s “no surprise” that the bachelor’s economy doubled the number of good jobs it provides, “it really struck us that the high school economy still provides 13 million good jobs,” said Carnevale. “We also found it surprising that even though blue-collar jobs declined, middle-skills jobs have grown considerably.”

All of the growth of new good jobs in the non-bachelor’s economy has been in middle-skills positions, especially among those that require an associate’s degree, the study found. Most of this growth was in skilled-services industries, but there also was substantial growth in skilled-technical good jobs in blue-collar industries.

“The associate’s degree becomes ‘the little engine that could’ in this study,” said Carnevale.

That’s consistent with a trend observed by Josh Wyner, vice president at The Aspen Institute and executive director of its higher education program.

“What we’re seeing around the country is colleges recognizing that the associate’s degrees offer two positive values for students,” he told Diverse.

First, jobs gained with associate’s degrees in STEM-related programs such as energy, healthcare, Internet technology and advanced manufacturing are part of a sector characterized by major growth and strong wages, Wyner said. Second, he added, are community college students who gain an associate’s and then transfer to earn a bachelor’s in a field that tends to require that credential, such as social work or education.

“So, it’s not just helping students finish their education,” he said, “but helping them understand and decide earlier the path they need for a good job, and that looks different depending on what field you’re in.”

According to the CEW study, the middle-skills pathway, which encompasses about 24 percent of all good jobs, includes workers with more education than a high school diploma but less than a bachelor’s: licenses, certificates, associate’s degrees and some college coursework.

“Despite the common misconception that the middle-skills economy has hollowed out, good jobs in this sector have seen robust growth, even in the blue-collar sector,” said Dr. Jeff Strohl, CEW director of research and co-author of the report. 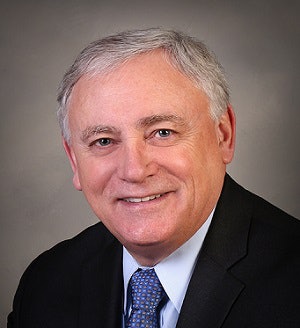 Although the future of the high school economy is uncertain, it provides about 10 percent of all good jobs. About 27 percent of young workers ages 25-34 with no more than a high school diploma have a good job, down slightly from 29 percent in 1991, the study found.

Such research findings can help job-seekers better prepare and can help hirers adjust their employment strategies to address workforce changes.

“Helping people develop the skills they need to compete for today’s jobs can transform lives and strengthen economies, which is why we invest in research that helps us assess and provide data-driven solutions to persistent workforce challenges,” said Jenna Sparandara, head of Workforce Initiatives at JPMorgan. “When we take a close look at how and where jobs are changing, we are able to address those specific challenges more directly and efficiently.”

Dr. Fred E. Wood, chancellor of the 50,000-student Contra Costa Community College District in northern California, told Diverse that the study findings with respect to associate’s degrees and middle-skills jobs are “consistent with what we see here in the [San Francisco] bay area, what we see as increasing demands for students that are what we call those middle-skills jobs where it might be a certificate of some kind, a more involved program that would lead to an associate’s degree, or sometimes even just some skills-building – a situation where a person has a degree and they’re in a job, but they need a couple of classes.”

That additional education in many cases helps workers get a promotion or make a professional lane change to a better-paying job, Wood said.

“We’re seeing enormous increases in that,” he added. “Jobs that years ago may have been staffed with a high school degree is not enough now. Jobs have changed. Employers need more skills than a high school diploma. Employers are saying they need more workers with middle skills.”

Carnevale told Diverse that there’s actually a fourth pathway – for workers making below $35,000 a year.

The race factor is “complicated” and will be explored in the next study, Carnevale said.

Policymakers and educators have critical roles to play where job preparation intersects employment, the report concluded.

“Policymakers should promote transparency and accountability by ensuring that students and their families are provided information about the value they will get for their investment, particularly the employment and earning outcomes of different education and training programs,” the report recommended. “Policymakers and education providers should also seek to increase graduation rates, especially at two-year colleges,” given “significant differences” between earnings for college dropouts and workers with associate degrees.