Survey results recently published by the Association of Community College Trustees (ACCT) highlight the continued racial and gender diversity gap between community college board of trustees around the country compared to its student population.

Titled the Citizen Trustee Survey, the ACCT surveyed trustees members over the course of a year electronically and encouraged participation during ACCT events in efforts of understanding its members and their backgrounds, said ACCT president and CEO J. Noah Brown. 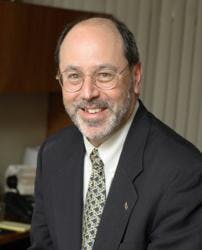 “This information is critical to meeting their [the trustees’s] developmental needs and helping them govern effectively,” he said.

The Citizen Trustee Survey isn’t the first time that the ACCT has completed this type of research. They conducted a similar survey under the same title in 2008, Brown said.

After gathering all of the survey data from around 1,100 responses from community college trustees across the nation, the biggest takeaway from the results is how little the demographics of community college boards have changed in 10 years relative to the increase of diversity in community college students, he said.

In regards to the gender disparity among trustees, 55 percent were male, 38 percent were female and 1 percent were “other”, according to the survey. Community college students across the nation are mostly female (56 percent).

As a non-profit educational organization of governing boards, the need to showcase and educate its members and trustees around the country about the huge economic and workforce impact community colleges have for communities and nation is important, Brown said.

“Like our democracy, education and engagement are the lifeblood of our communities and colleges. Governance and leadership are part of the democratic ecosystem and must be nurtured,” he added.

In addition, the survey data showed that trustee participants were in agreement about what their motivation for serving as a community college trustee was. The top response was improving student programs (83) percent followed by:

In contrast, the biggest challenges for community colleges is funding and improving student access, success and completion, the survey found.

Dr. Martha M. Parham, senior vice president of public relations at the American Association of Community Colleges wasn’t surprised by how dissimilar the backgrounds of trustees were compared to their students.

Parham said the first step in understanding why it’s important to have a reflective representation of a student population in a community colleges board is by being aware of what the demographics are for their students, faculty and staff and the surrounding community.

Looking toward the future, Brown told Diverse he believes the organization can do more to educate appointing authorities about the necessity of having diverse talent on community college boards.

“Those that hold sway over who comes on boards must understand the challenges and opportunities faced by colleges and need for talent and better representation of our students and communities on boards,” he said, adding that trustees also need to take more responsibility for succession planning and identifying and mentoring talent in their states and communities.

“We cannot take it on faith that we will meet our talent needs in the future. We need to be more intentional about the continuity and future of community college governance,” he added.