Dr. John Roueche credits his success to many mentors: His father who fought in World War II. His mother who worked two jobs. His nanny who taught him the value of diversity and inclusion in a segregated, working-class town in North Carolina. His grandfather who taught him to read confidently at an early age by encouraging him to recite scripture in church. His history teacher who didn’t let him drop out of college when the textile mill where he worked closed down.

Years later, Roueche looks back on a legacy characterized by his mentorship of others, a story detailed in the newly published book Vision for Opportunity: John Roueche and the Community College Movement.

The book describes his accomplishments: He led the Community College Leadership Program at the University of Texas at Austin (UT-Austin), the preeminent program of its kind, for 42 years. He started the Roueche Graduate Center at the National American University and established the Center for Community College Leadership at Kansas State University, which he continues to run. He’s also the author of 39 books and over 175 articles and chapters, and he has been a speaker at more than 1,300 colleges and universities across the country. 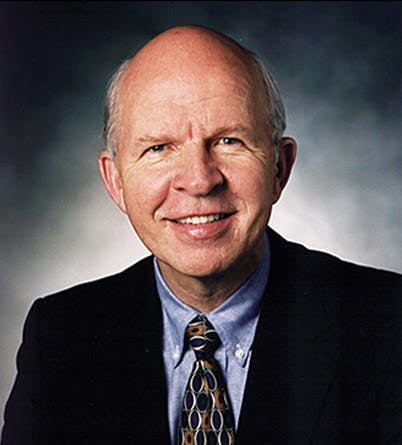 While packed with facts, Vision for Opportunity isn’t a biography, says Dr. Martha Ellis, the book’s editor, nor was it intended to be. Ellis serves as interim managing director at the Charles A. Dana Center at UT-Austin and is also a professor of practice at UT-Austin. Each chapter is written by a different author — friends, colleagues, students, even his children — to capture Roueche’s influence on different communities, colleges and individuals.

The project was about “getting the impact he has made on community colleges from different voices in the field on paper,” Ellis says. “He’s made such an impact on the community college movement as a whole, not only leaders but actually students’ lives and others. As I was doing interviews and as I was working through the concept of the book, it really melded together that his life definitely impacted the direction that he took. But the stories of his life were [also] intertwined in all of his leadership … philosophies that he had. You couldn’t separate the two.”

Authors’ accounts of how Roueche’s life intersected with theirs are written in a tone that can only be described as glowing:

“If honors were currency, John E. Roueche might arguably be the wealthiest man in higher education,” writes Dr. Walter G. Bumphus, president and CEO of the American Association of Community Colleges.

“It is not hyperbolic to say that John Roueche has had more impact on aspiring community college leaders than any person in the history of the community college,” writes Dr. Terry O’Banion, the former president of the League for Innovation in the Community College.

“When John Roueche started his tenure as the director of the Community College Leadership Program (CCLP) at the University of Texas at Austin, social media didn’t exist, and the notion of … influencers wasn’t on anyone’s mind,” Waiwaiwole writes. “But when reflecting about someone who influenced community colleges — by researching and writing about them, by celebrating exemplary faculty and staff, by engaging leaders in data conversations, and by focusing on all college students succeeding … there is no doubt that, had Instagram existed, he would have exceeded 200,000 followers.”

As the editor, Ellis wanted to capture these glimpses into Roueche’s success because she sees his work as “pioneering.” The Community College Leadership Program was a “first,” she says, because of its combination of elements: its cohort model, its high standards of academic theory and research, its focus on learning from practitioners in the field and its emphasis on diversity. 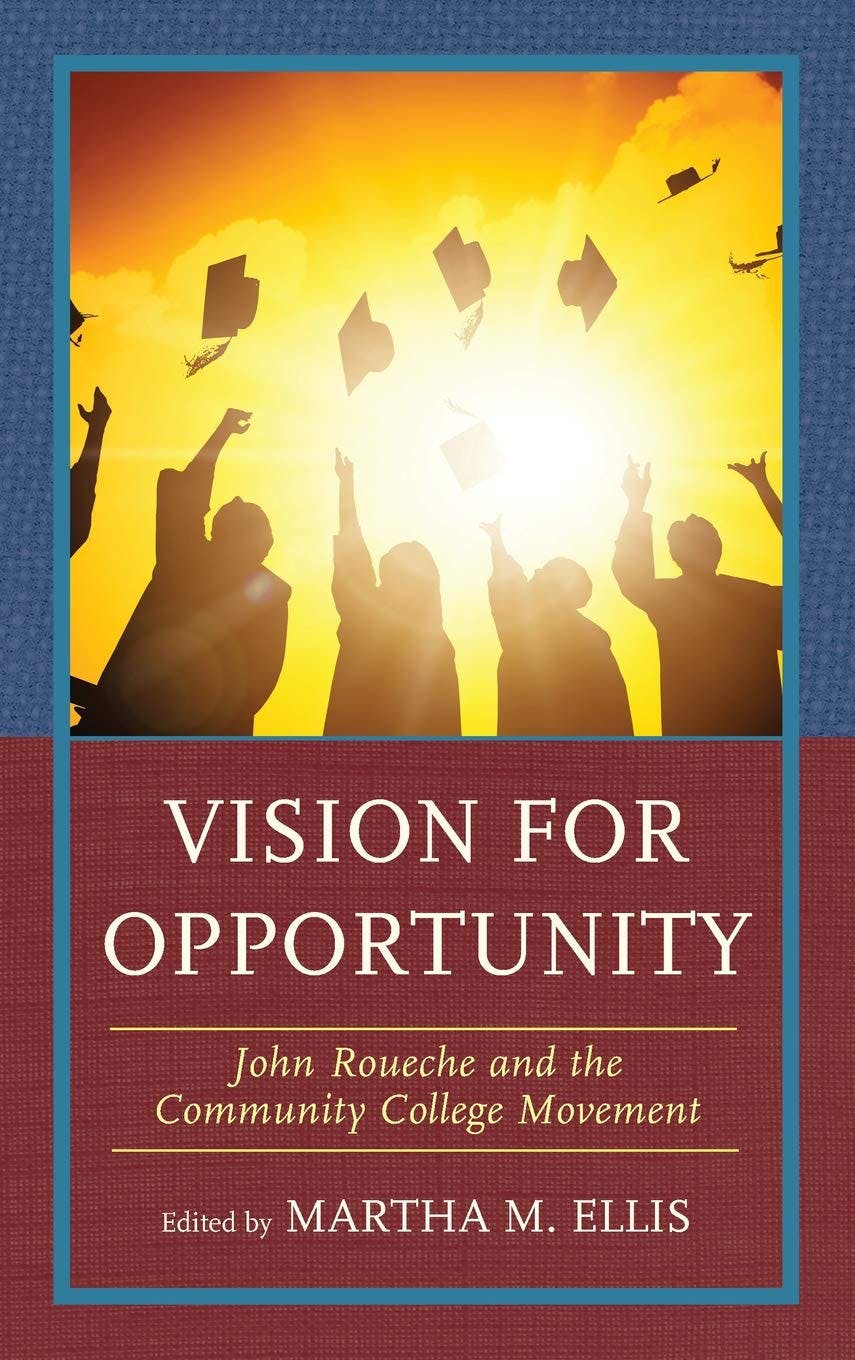 The book stresses Roueche’s efforts to recruit and train underrepresented community college leaders, starting in the 1970s, before minority representation was a focus in the higher education world. His programs produced more than 600 doctorates — one-third women and one-third minorities — including over 200 college presidents. In 2012, Roueche was the inaugural recipient of the Diverse Champions Award from Diverse: Issues In Higher Education.

Ellis described diversity, equity and inclusion as “embedded in” and “undergirding” Roueche’s career.

“It was pervasive in everything he talked about, everything he did,” she says. “He never let anyone forget that the reason we’re doing this work was because of the students we serve and that … there needed to be equity in the services [and] programs that were provided to them for the future not only of themselves but their communities and the country.”

For him, the quintessential question now is what to do with students once they walk through that door.

While he deeply values research, he sees disadvantages in the current graduate model, which encourages academics to specialize — to “learn more and more about less and less” — to a point where they’re not necessarily excited to teach the basics students need. By the end of his career, Roueche wants to see community college leaders and faculty see themselves not just as “subject matter specialists” but as “student development specialists.”

Roueche has always been forward-thinking, Ellis says. For example, the way he crafted his leadership programs at National American University and Kansas State University reflected an understanding that “the future of graduate education and the future of higher education was changing.”

Ellis wrote a book chapter about Roueche’s doctoral model, which took elements from the University of Texas at Austin program but made it so that the program took place at different community colleges across the country. This meant that the program could train more leaders more efficiently, and it would also benefit their host colleges by having students engage with campus-specific challenges and brainstorm solutions.

For Ellis, this is one example of Roueche’s innovative approach, and as community colleges go through changes — increasing financial constraints, mergers, a dearth of leaders as presidents prepare to retire, not to mention a pandemic — creativity like his is all the more important.

“I think that really underscores the need for preparation of future leaders,” she says. “But it can’t be the old way of how that preparation took place.”

This article originally appeared in the October 29, 2020 edition of Diverse. You can find it here.