The Texas Higher Education Coordinating Board released its preliminary headcount for Texas schools in fall 2021, revealing an 11% loss of enrollment at Texas’s community colleges since 2019.

“Sadly, the pandemic has had a disparate impact on community colleges, and it’s hit everyone,” said Jacob Fraire, president of the Texas Association of Community Colleges (TACC). “When we look at reductions in enrollment, there’s no pattern between urban and rural. Everyone saw reductions.” 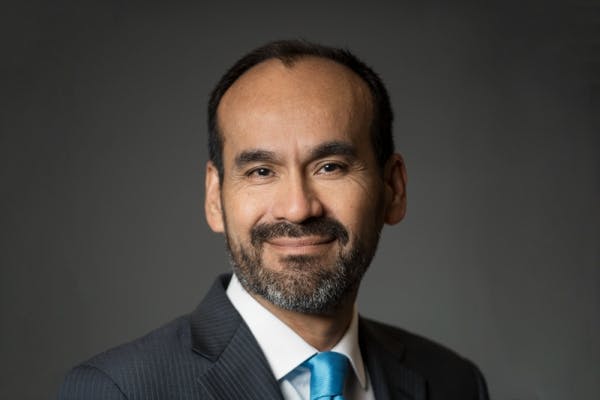 Jacob Fraire, TACC presidentTexas’s 50 community colleges were granted a type of reprieve from its state legislature, said Fraire. Normally a drop in enrollment across the state would impact the entirety of state funding. During the pandemic, the Texas legislature did not reduce overall funding.

However, the state distributes funding biennially, using a formula that does take enrollment into consideration. Schools that saw an enrollment reduction in fall 2020, the year funding was distributed, received less than their previous allocation of state funds. Twenty-one colleges were negatively impacted.

As the Coronavirus Aid, Relief, and Economic Security (CARES) Act and Higher Education Emergency Relief Fund (HEERF) timelines come to their close, the extra federal funding that may have cleared up short-term financial worries will disappear. During its 87th legislature held at the beginning of this year, the Texas government created the Commission on Community College Finance which will investigate the needs of community college funding across the state and make recommendations for the funding formula to be presented at the 88th legislature in December 2022. The commission meets for the first time next week. But until the committee has completed its recommendations, community college funding will continue to be based on COVID-era enrollment.

Dr. Thomas Brock, director of the Community College Research Center (CCRC) at the Teachers College at Columbia University, said that because community colleges across the U.S. are mostly funded based on enrollment, a sort of downward spiral could begin for institutions that are losing students.

“Fewer students mean cuts in services and programs, and we could see a bigger drop. That’s the worst-case scenario,” said Brock. “These enrollment struggles underscore the need for community colleges to make critical reforms to make sure students get support, structure, programs, classes, and advising they need.”

The largest demographic enrollment drop in Texas came from Black and Latinx students. While Black student enrollments have continued to decrease, there has been some bounce back for Latinx students, but “nowhere near fall 2019 enrollment numbers,” said Fraire.

The greatest impact to Texas’s community college enrollment came from first time enrolling students, those who enroll immediately after graduating high school. Texas was already a bit behind the nation in first time enrollment, lagging nationally by 15 percentage points before the pandemic, said Fraire.

Since 2019, “we saw a 20% drop in Texas [for first time enrolling students],” said Fraire. “That’s huge. National data tells us the students who are delaying enrollment in any college are substantially less likely to get any credential during their lifetime.”

Amarillo College is fighting those odds. Serving 34 school districts and 26 counties in and around Texas’s panhandle, their enrollment numbers have jumped back and forth during the COVID years. But overall, they have seen their first time enrollment numbers increase. Dr. Russell Lowery-Hart, Amarillo College president, credits this countertrend to his institution’s local college promise program.

“It’s for anyone from our local Amarillo independent school district that just graduated from high school,” said Lowery-Hart, about the initiative. “It’s a last dollar program that covers books, tuition and fees. If you graduate from Amarillo in good standing, you can come to Amarillo College for free.” 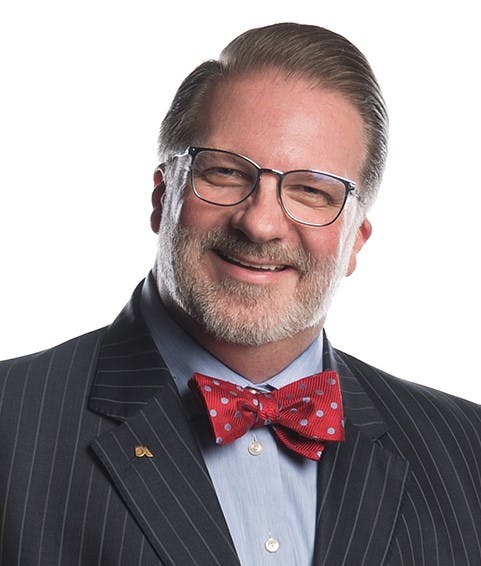 Dr. Russell Lowery-Hart, president of Amarillo College“It’s our community’s investment in our long-term economic plan to raise educational attainment and convince students to stay in our rural community,” said Lowery-Hart. “We’ve learned never to place our financial future in the hands of a promise from a politician.”

In spite of bucking the trend in new student enrollment and an overall growth in their fall 2021 numbers, because enrollment was down in fall 2020, Amarillo College received $2 million less in state funding they received for their fall 2018 enrollment.

“Now our focus is really on retaining the students we have,” Lowery-Hart continued. “The culture of caring we’re known for is deepening. Now every student goes through assessments on financial health and wellness, and we’re trying to make sure no life barrier gets in the way. We have a real sense of where our students are struggling.”

Lone Star College, which serves the mostly urban area around Houston, was one of the few institutions that did not see a sizable drop in its fall 2020 enrollment. As a result, they received more in state funding than they had in years before, taking home the second highest appropriation in the state, according to Chancellor Dr. Steve Head.

“We’re the anomaly,” said Head. “Most of the Houston metropolitan area community colleges have been minus 10 [percentage points] or so.”

Head cites two reasons for his institution’s success, the first being Lone Star’s pre-pandemic mission to increase retention and completion, particularly for Black and Latinx students. The second change Head made was to increase funding to his marketing department. The school increased television, radio, and billboard advertising.

“I realize that’s old school,” said Head, “But the parents are the ones usually making the decisions in COVID,” and he felt that those types of advertisements were the best way to reach them. Potential students, said Head, were already connecting with Lone Star on social media.

Every percentage point in enrollment, said Head, is equivalent to about 800 full-time students, or $1.2 million in funding for the school.

“That’s counting state money,” he said. “So, it’s important that we spend the money to make sure students and parents know what we’re doing. It’s a continuous effort of marketing, communication, and perceptions.”

Creative thinking will be necessary for community colleges to protect themselves from enrollment-related revenue drops, said Dr. Karen Stout, president of Achieving the Dream, a nonprofit organization focused on student success at community colleges. Community college leaders, Stout said, need to think differently about how to demonstrate their value to funders.

“It’s easy to say, we have more students, therefore we need more money,” said Stout. “But I think we need to be thinking about how what we do creates a vibrant community.”

If community colleges can convince local players to support their mission, then, said Stout, enrollment won’t matter as much as the impact education has on its community.