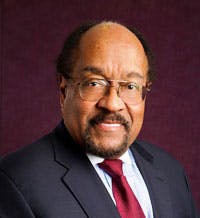 WASHINGTON – In order to attract donors in a time of declining revenues, HBCUs must discard old ideas about uplift and focus boosting productivity and performance in ways that rival the most prestigious institutions.

That was one of a series of exhortations made Tuesday during an HBCU Week Conference panel discussion devoted to the contemporary demands of serving as an HBCU board trustee.

The whole approach toward “helping poor Black children” is becoming outdated and dwindling in its appeal, said Jeffrey L. Humber Jr., trustee at Gallaudet University and the University of Virginia Law School Foundation, as well as a former trustee at his alma mater, Virginia Union University.

“The board’s responsibility is to create the environment so that you have something to sell,” Humber said. “You either sell performance or you sell the plan to get to performance.

“If you don’t have any of those, you can knock on all the IBM and Xerox doors you want. They’re not going to be interested.”

Such corporations may purchase a $10,000 table at a fund-raising banquet, Humber said, but that’s only a pittance of the kind of money that institutions need to operate effectively in today’s environment.

Humber made his remarks during a panel discussion titled “Trusteeship: What Every Trustee Should Know Before and After Signing Up.”

A common refrain at the discussion is that trusteeships should not be seen as “honorific” but rather as positions that demand the same kind of attention that it takes to run a business.

“I’m always amazed at the number of trustees who may not have read materials given to them before the meeting,” Humber said. “”You have a responsibility to read and ask questions that those materials raise and demand additional information that may not have come.”

“That’s not only your responsibility but your protection as well,” Humber said, affirming to a questioner that board trustees are potentially subject to litigation for how they execute their responsibilities.

“Can you be sued? Yes, you can be sued,” Humber said. “It all depends on what happened.”

He advised individuals who are tapped to serve as trustees to confer with a board’s outside counsel to get an understanding of the trustee’s obligations, potential liabilities and whether a board carries insurance that is adequate to cover its members.

“At the end of the day you’re going to have to make judgments about all of that stuff,” Humber said. “But those are questions you have to ask.”

While the panel discussion on trustees’ responsibilities comes at a time when boards of trustees—including some at HBCUs—are increasingly finding themselves in the news for all the wrong reasons, such as the Penn State sex scandal or last year’s hazing death at FAMU, leaders at the White House Initiative on Black Colleges and Universities said such cases were not the impetus for the panel discussion on trusteeship.

Rather, they say, the panel was meant to educate trustees and prospective trustees on how to build capacity pursuant to executive order of President Barack Obama.

“We can’t think about, much less talk about, strengthening the capacity of HBCUs unless you consider issues of leadership and leadership at the top,” said Dr. John S. Wilson Jr., Executive Director of the White House Initiative on HBCUs. “The best capacity issues get resolved at the board of trustees level because it’s at the board level you talk about the endowment of the institution, the quality of infrastructure at the institution.”

At the panel discussion, Humber identified a list of questions individuals should ask before agreeing to become a trustee. They include blunt questions such as whether there have been controversies and whether the institution is broke.

Humber stressed the need to focus on having institutions remain competitive.

“We have to put ourselves against the best and brightest of our competition,” Humber said. “We cannot compare ourselves to ourselves. And any organization that compares itself to itself is a dying organization. If we say, ‘We’re doing so much better than we did,’ we’re not.’”

Trustees also have to be cognizant of admissions practices and policies and how the current business model, which is based on tuition, is not sustainable but may nevertheless induce schools to accept many students who are not ready to do college level work, which in turn elevates costs due to the need for remediation.

Other speakers at the panel included Richard Legon, President of the Association of Governing Boards of Colleges and Universities, and Terence Murchison, Chair of the Board at Fayetteville State University.

At Tuesday’s luncheon speech, William H. Gray, III, chairman of Gray Global Strategies Inc. and a former congressman and former president and CEO of UNCF, challenged HBCUs to appeal to a broader base of prospective donors who have an interest in the nation’s prosperity.

He also urged HBCU leaders to become more creative than they’ve already been and to focus on marketing to make sure their story is known to younger generations who may not know what value HBCUs bring to higher education.

“Marketing is so important,” said Gray, who oversaw $2.3 billion in fund-raising during his tenure at UNCF. “One of the things I learned at UNCF is you have to tell your story.”

Gray spoke of how contributions to UNCF, which he said were falling off due to older White donors dying, increased after he started having students tell stories about “how they got over” with help from HBCUs and went on to graduate schools at prestigious institutions.

“Soon the money started climbing,” Gray said. “Why? Because people don’t give to buildings. They give to stories, they give to people.

“That’s what we’ve got to do and when we do that people will be (ready) to give to something that is as productive as that.”