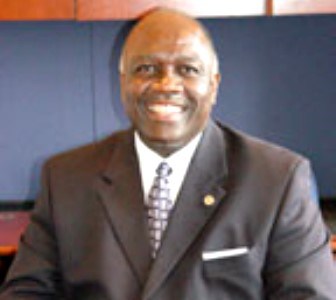 Fisk University President H. James Williams said his school will be moving “full steam ahead” with plans since it put accreditation issues to rest.

Fisk University, battling to regain its stature in higher education, has been removed from probation and its full standing in the Southern Association of Colleges and Schools reaffirmed, the organization’s Commission on Colleges (SACSCOC) announced Tuesday in Atlanta.

The SACSCOC panel also removed Florida A & M University from probation status, giving the nation’s largest HBCU an opportunity to focus on rebuilding a legendary image tarnished two years ago when a drum major for its nationally recognized marching band died at the hands of several fellow band members involved in an illegal band hazing exercise.

In other actions, SACSCOC reaffirmed the accreditation of tiny Shaw University and removed Jarvis Christian College from probation. It continued the probation status of the Interdenominational Theological Center. It also placed Norfolk State University on warning status, along with Allen University.

The SACSCOC decision for Fisk, Nashville’s oldest institution of higher learning and once considered one of the nation’s Black “Ivy League” colleges, brought to an end four years of battle with the institution about its finances, management, leadership and future viability based on SACSCOC standards for institutions across the South.

The vote by the 77-member SACSCOC board gives new Fisk President H. James Williams the breathing room he needs to finish an overhaul of the internal workings of the institution he began when he came to the university in February.

After the SACS announcement, Williams said Fisk had begun a “renaissance” seven months ago and, with the SACSCOC announcement this week, “we will move full steam ahead.”

The clean bill of health for Fisk means it will be free of the monitoring reports and site visits that have dominated its time in recent years, William said, noting the next SACSCOC reaffirmation review is in 2019.

While Fisk still needs to raise millions of dollars to strongly secure its financial future, Williams said the biggest challenge facing the institution now that the accreditation issue has been resolved is to continue to rebuild the university’s enrollment.

“Fundamentally, we need to grow our enrollment,” Williams said in a brief interview after the SACS announcement. “That’s first and foremost.”

The SACS news for FAMU had also dominated the agenda of interim president Larry Robinson and his staff for months.

When Robinson announced the SACSCOC decision Tuesday via conference call to his board of trustees, the news was greeted with a long round of applause from the board members and an audience of FAMU family gathered in the president’s conference room on the university campus in Tallahassee.

“It’s been a collective effort,” said Robinson, who was put in charge of the university and its SACS issues in the summer of 2012.

Robinson said the SACSCOC decision, as is the case for Fisk, not only means a clean bill of health but also “no required follow up,” with requirements to write and file detailed monitoring reports and have SACSCOC oversight team site visits.

Robinson said the decision gives him and his team time to focus on “recruitment and retention of outstanding students.”

In response to a reporter’s question about SACS concerns about whether the changes in place during his leadership would continue under successors, the FAMU president said the changes “are codified through broad policy. The remedies are institutionalized,” he said, referring to the roster of new policies and practices imposed at FAMU to nurture and maintain good conduct at the institution. The policies include a variety of rules meant to enforce its zero-tolerance policy regarding hazing.

“People all up and down the line understand what we must adhere to at all time,” the FAMU president said.

SACSCOC, a higher education peer group, does not disclose how its members vote.

In cases, such as institutions on probation or worse, any decision requires a simple majority.

The Fisk president and his team were given an hour last Saturday to verbally make the case to a board subcommittee. After Williams made a few comments at the opening of the closed door session, the subcommittee grilled him and his team on nearly every aspect of their pitch, in an attempt to verify the claims and assertions the university had made in its written presentations.

No subject was sacred, he said, as the Fisk team was rigorously questioned about the university’s assertions about “rejuvenation” of its board leadership, to the authenticity of its financial reports and credibility of its enrollment and financial projections.

“They wanted to affirm,” the institution’s assertions, taking nothing for granted, Williams said.

The SACSCOC winter board meeting, which began last Thursday, had been widely watched by institutions of higher education across the South, the region over which SACSCOC performance standards are considered next to the law of the land when it comes to higher accreditation performance standards.

“It’s been a great day for the HBCU community,” said Johnny C. Taylor, president and chief executive officer of the Thurgood Marshall College Fund, the Washington-based non-profit advocacy and fundraising group for students attending HBCUs. “HBCUs have not been receiving any great news lately,” he said, referring to the SACS decisions on Fisk and FAMU.

Taylor, who has sat on several university boards of trust, said his hope on the larger scale is that HBCUs reach a point where dealing with accreditation issues becomes a matter of routine. Accreditation is important, he said, yet takes too much time for HBCUs that could be spent on building their programs, student bodies and financial resources.

Atop the SACSCOC agenda at its spring meeting, set for June, is the status of South Carolina State University (SCSU), the state-controlled, four-year liberal arts institution that has had five chief executives in the last five years and has been plagued by squabbling among its various board members over the years.