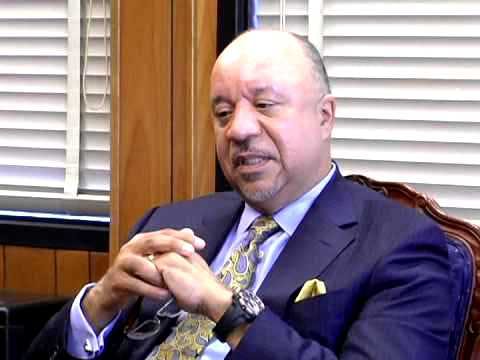 Dr. Thomas Elzey, who was sworn in last summer as the president of the state’s only public Historically Black College and University, has petitioned lawmakers for emergency funds.

After the Southern Association of Colleges and Schools issued a 12-month warning to South Carolina State University last summer, university officials have said that they’ve taken proactive measures to address the concerns of the accrediting agency.

Financial stability and board governance were two of the key areas of concern cited in the SACS warning issued to the University, said Sonja A. Bennett-Bellamy, a spokesman for the university. She said that a $13.6 million request to state lawmakers and the governor would provide immediate cash flow to enable the school to pay its outstanding bills and continue to deliver essential services.

“South Carolina State is confident that SACS will see tangible evidence that the university has initiated a plan for achieving long-term financial stability, ensuring that its mission to provide quality academic programs to students will not be compromised as the result of these short-term challenges,” said Bennett-Bellamy, who pointed out that SACS was back on campus this week for a follow-up visit.

Dr. Thomas Elzey, who was sworn in last summer as the president of the state’s only public HBCU, petitioned lawmakers for the funds after outside vendors who run the university bookstore and food services and provide campus maintenance all threatened to stop providing services to the 4,500 students until they received back pay from the university.

“When I walked in the door, I found there was a huge amount of things that were kept under the table,” Elzey told the South Carolina State Budget and Control Board last month at a public hearing. “People weren’t talking about it and were not fully disclosing [it] to me, even as president. We continue to peel it back and find additional things about the university as we work through it.”

While Elsey publicly has said that he is confident that the school will have a balanced budget after July, emergency funds are needed now, he says, so as not to place the school’s accreditation in peril.

Still, it’s unclear if the state will grant the requested funds to the university, particularly in light of a recent report by the South Carolina Inspector General’s Office that accused university officials of inappropriately diverting state public service activity funds to cover cash flow and deficit programs.

“It is clear SCSU has a short-term cash infusion and need to address the short-term deficit crisis, which if not, the situation could evolve into a crisis of confidence creating unintended consequences further undermining future student enrollment,” said the report.

Governor Nikki Haley, who chairs the Budget and Control Board, also has expressed skepticism that a bailout for SCSU would alleviate the school’s long-term problems.

“There have been bad decisions made at that school. We can’t paint over it and say, ‘Oh, if we get this money, it’ll fix everything.’ I don’t think that’s the case,” she said. “We have to make sure that whatever we do, we don’t fall into that same trap again.”

But Johnny C. Taylor Jr., president and CEO of the Thurgood Marshall College Fund,which represents nearly 300,000 students attending its 47 member-schools that include public HBCUs, said that just as federal and state governments helped to bail out General Motors and Chrysler to the tune of billions of dollars, it has a responsibility to assist small, struggling institutions of higher education like SCSU.

“South Carolina State is too significant to the state of South Carolina to allow it to fail,” said Taylor, who added that he hopes that the $13.6 million that Elzey has requested from state legislators is enough money to implement changes. “If the money will help them turn things around, it is well worth it.”

Taylor said that the State of South Carolina also bears some responsibility for the school’s fiscal problems since the governor appoints individuals to the university’s board of trustees, and said that administrators should encourage its alumni to “step up” and give back to the university.