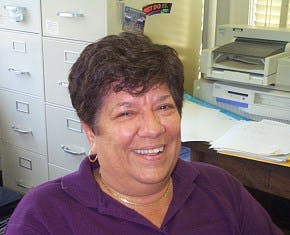 Philosophy professor Jeanette Boxill is appealing her firing.RALEIGH, N.C. — North Carolina’s flagship public university says it’s firing a professor who once headed the faculty at the University of North Carolina at Chapel Hill for her role in the academic fraud scandal that’s rocked the school.

University Chancellor Carol Folt said in a letter Wednesday that philosophy professor Jeanette Boxill was notified of her termination on the same day last October a scathing report was released. She is appealing.

The report by a former federal prosecutor found fake classes allowed 3,100 athletes and other students to earn artificially high grades from 1993 to 2011. The report described Boxill as directing women’s basketball players she advised into the fake courses.