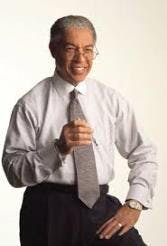 “This is our moment. This is our time to put our people to work and open doors of opportunity for our kids; to restore prosperity and promote the cause of peace; to reclaim the American Dream and affirm that fundamental truth — that out of many, we are one; that while we breathe, we hope; and where we are met with cynicism, and doubt, and those who tell us we can’t, we will respond with that timeless creed that sums up the spirit of a people: Yes, we can!” —President- Elect Barack Obama, Grant Park, Chicago, November 4, 2008

The above words were spoken by our first African-American president upon winning the presidency of the United States. Barack Obama’s words are a true reflection of the greatness of America and its promise of equal opportunity for all. So, as we celebrate the contributions of African-Americans during Black History Month, it behooves us to reflect upon the journey of African-Americans in this country.

It is one that started with the forced migration of a people from a motherland to an unknown world, to subsequent slavery and the ensuing struggle to become free of the chains that bound, to the new taste of freedom and a thirst for learning.

That journey was the result of courageous, well-educated leaders such as Frederick Douglass, whose influence and eventual friendship with President Abraham Lincoln helped to bridge the great divide between White and Black and set a new course for this nation.

Along that journey were three great forces that became the cornerstones for the spiritual, academic and social development of African-Americans: the African-American church, historically Black colleges and universities (HBCUs) and African-American media. These three forces made a significant difference—and continue to contribute—to the growth of our people today.

The formation of the first churches was out of necessity –to maintain faith while enduring the most severe challenges, ones that often led to forced hardship and premature death.

In addition to providing this foundation for faith, the early churches were also, in many cases, the key to laying the foundation for the first schools to educate African-Americans: HBCUs.

Many HBCUs are affiliated with denominations widely recognized for their support in the African-American community: the various Baptist conventions, the African Methodist Episcopal Church, the United Methodists and the United Church of Christ.

For example, Xavier University in New Orleans, Louisiana, the nation’s leading educator of future Black physicians and pharmacists, is a Catholic institution, and Oakwood University in Alabama is a Seventh-day Adventist Church institution.

These entities told our stories when others would not. African-American media have kept communities informed even as they have struggled to survive.

As in the beginning of African-American media, when Freedom’s Journal was launched and published by a group of free Black men in New York in 1827, the Black press has served as a voice against slavery, as well as serving the role of activist and community informant for African-American communities, primarily on the East Coast and through the Southern states.

This month is an appropriate time to salute each of these forces that have played major roles in the shaping of America.

Since 1837, when the oldest HBCU, Cheyney University of Pennsylvania, opened its doors, HBCUs have contributed to the rise of Black professionals, business leaders, teachers, physicians, artists and engineers.

African-American media appear to be more important than ever. Even though African-Americans receive more extensive coverage in traditional media, the coverage is often slanted toward the negative or controversial and not focused on the positive contributions being made by a significant segment of the American population.

As we celebrate our history and legacy this month, we humbly and gratefully acknowledge all of those who have enabled our people to flourish.