The Hypocrisy of Black College Hatred

As the phone lines were opened, a pattern generally emerged. At least one caller each day raised some form of question about the need, relevance or role of historically Black colleges and universities in the 21st century. All of us in the HBCU community are used to these questions; we get them all the time from reporters, funders, politicians, you name it. So the questions were not unexpected and my colleagues were able to handle them easily, although I am sure the callers completely dismissed their answers. 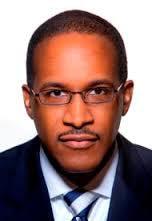 But this series gave me a new insight into the questioners. The host of the show, most often Pedro Echevarria, welcomed the callers, giving their first name and from where they called. This demographic data revealed a great deal about the callers, a group of men who are fixated on schools that use the term “Black” and charging them with segregation, while also completely ignoring their current realities.

Robert called from New Baltimore, Michigan, asking if a school had White students and, if not, why not? Fair question. I wonder why Robert, who lives in a town of 12,000 people that is 94 percent White, doesn’t live in a town with more Black residents. He’s only 35 miles from Detroit, and may even work there, but he chooses to live where there are virtually no Black people. Choice works for Robert, but not for Black students who want an HBCU experience.

Shawn from Shrewsbury, Massachusetts, called twice that week. The first time he told the college president, “I don’t appreciate what you do.” The second time he said HBCUs perpetuate racial differences and then went off on a tangent about President Obama and ended his call dropping the F-bomb, on live TV. Shrewsbury. 35,000 residents, 89 percent White and 0.12 percent Black. Again, Shawn has intentionally limited interactions with Black people but feels the need to offer an opinion on HBCUs.

The most fascinating comment came from Thomas in Cincinnati. I completed graduate school at Miami University in Oxford, Ohio, 35 miles from Cincinnati. Thomas asked if it was acceptable to have Black colleges in the 21st century, that it seems like reverse segregation. He wanted to know why this was acceptable.

He lives in Cincinnati, the city listed by the Mixed Metro Project as one of the most segregated cities in the country. CensusScope.org listed Cincinnati as the eighth-most segregated urban area in 2011. In a Salon.com article, University of Cincinnati historian David Stradling says, “There are so many places where whites will try to flee the problems of the city, including the problem of diversity. Obviously the No. 1 cause of this is, of course, simply racism.”

Thomas, along with Shawn, Robert and Jeff, represent a segment of America that loves to attack HBCUs for no reason other than they say they’re historically Black. Each willfully lives in segregation, an indication that they aren’t interested in integration or developing meaningful cross-cultural relationships. They simply want Blackness to go away, and they have done well to isolate themselves from Black people.

So we find ourselves in this conundrum. If we stop identifying ourselves as historically Black, and remove all semblance of HBCU programs, events, awards, etc. maybe this vitriol would die down. But if we stop simply to appease some loud critics, do we not only lose our history, but ultimately, lose an opportunity to continue to address real issues?

For now, I’ll stick with historically Black until the hypocrites can explain to me why HBCUs are bad, yet the overwhelmingly Black Benjamin Mays High, Booker T. Washington Middle and Rosa Parks Elementary schools are just fine.

Dr. Walter M. Kimbrough is the president of Dillard University. He can be reached at wkimbrough@dillard.edu.