The attendees had their choice of some 10 breakout sessions that advanced the conference’s theme, “HBCU Competitiveness: Aligning Institutional Missions With America’s Priorities.”

The session “Smart HBCUs Building the Cybersecurity Workforce,” featured participants who discussed some of the best ways that HBCUs can leverage opportunities available in cybersecurity through partnerships with the federal government and private companies.

They said that these partnerships could lead to more research dollars for institutions and assist in setting minority graduates up for successful careers. 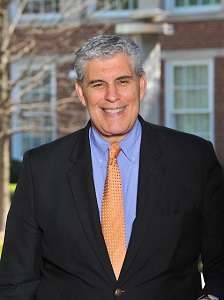 The number of open jobs is expected to only balloon in the next three years, he added.

But African-Americans only make up a small percentage of those cybersecurity analyst roles that are currently staffed, Berger said.

The need for cybersecurity employees is considered an emergency in the federal government arena as cyber attacks are expected to increase in the coming years.

Faculty from Morgan State and Norfolk State universities shared specifics about how their institutions were training students for current and future cybersecurity employment needs.

“We’re all about making an impact,” Kornegay said, adding that the program is set to graduate its first Ph.D. Student in the fall.

CREAM is a Department of Defense funded program created to address that agency’s increasing dependence on cybersecurity for warfare, according to the Morgan State website.

In 2016, Morgan State was deemed a Center of Academic Excellence in cyber defense education. 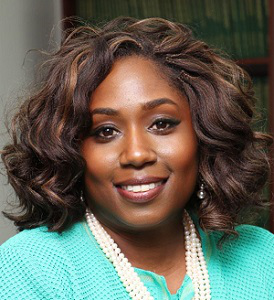 Malware reverse engineering training is also offered at the university, allowing students to work with and study malware, she said.

The school has just submitted a proposal for a cyber psychology program, Williams said.

The Department of Veterans Affairs (VA) is also interested in furthering its partnerships with HBCUs by creating more opportunities for training students, speakers from the agency said during the session, “VA Initiatives to Enhance Professions’ Education and Research at HBCUs.”

“We want to have better alignment with institutions that are serving these diverse populations,” said Dr. Kathleen Klink, deputy chief academic officer for the Veterans Health Administration’s Office of Academic Affiliations.

“The larger purpose is to make sure we have a pipeline of professionals who can serve the VA and our diverse population. We know that diversity in the workforce improves the outcomes,” Klink told attendees.

Students who train at the VA facility have priority hiring upon graduation, said Dr. Kenneth Jones, director of associate health education in the VA’s Office of Academic Affiliations.

VA facilities around the country are making intentional efforts to form partnerships with nearby educational institutions that serve minority populations.

The VA encourages these institutions to reach out to the agency to form partnerships, Jones said.

Other breakout sessions offered on Tuesday included, “Understanding and Leveraging Federal Contracts for HBCU Sustainability,” and “The Competitive Edge: Drivers and Barriers for Successful STEM Proposals.”

Jamie Rogers can be reached at jamie@diverseeducation.com.