Bethune-Cookman University (B-CU) interim president Hubert L. Grimes, in a news conference Tuesday, dismissed rumors that the school would close, although it is facing an “existential threat,” he said. 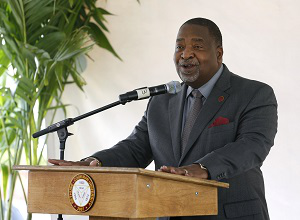 Amid ongoing financial issues, including repercussions from a $306-million dormitory deal, B-CU officials plan to address the challenges, the Orlando Sentinel reported.

“Our problems reflect the culmination of years of inadequate accountability, suspect governance and, quite frankly, inexcusable management decisions,” Grimes said. “We’re in the midst of a crisis that challenges every aspect of this university.”

This week during a Board of Trustees meeting, B-CU leaders will speak with officials from the Southern Association of Colleges and Schools, the university’s accrediting body.

If the school loses its accreditation, students will not be able to receive federal financial aid and their degrees may not hold value with some employers or graduate programs. Some students are already researching other schools to attend, according to news reports.

“Hopefully, they get everything sorted out,” B-CU student Deasia Everett told the Orlando Sentinel. “I would really hate to leave.”