Outgoing Fayetteville State University chancellor Dr. James A. Anderson is a towering figure whose intelligence, leadership and excellence will be missed at the North Carolina school and beyond, say those familiar with his tenure. 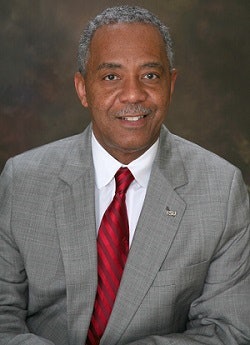 “I’m really, really, really happy for him, but not happy for the HBCU community because we’re losing an amazing leader, an incredibly transformational leader, a visionary, a person that was willing to take risks for the betterment of all HBCUs,” said Dr. Harry L. Williams, president and CEO of the Thurgood Marshall College Fund, of which FSU is a member.

The university will soldier on, but Anderson’s bold and effective leadership will be “a great loss for us,” said Vedas Neal, chair of the trustee board and past president of FSU’s national alumni council.

“Dr. Anderson has taken us well over the bar, moving us into the future at a rapid pace,” said Neal. “He faced the challenges of the 21st century and put us on the map not only locally, but internationally. It has been an awesome experience. Everything has been first-class and upward.”

Anderson, 70, announced June 13 that he was retiring after working for 45 years in higher education. He was unavailable Friday for an interview, but he told The Fayetteville Observer newspaper earlier in the week that he was stepping down for personal reasons, including to spend more time with family.

A news release issued by the university said that Anderson, who led FSU for 11 years, “will continue to be a part of the Bronco family.”

“During his tenure, the university has completed many milestones that are too long to list,” the statement said. “Suffice it to say that among funding agencies, Department of Defense agencies and contractors, national educational organizations, accrediting bodies and our peer institutions, FSU has developed a national reputation.”

The university said Anderson will be on a year-long sabbatical, during which he will continue to serve the military, FSU and city of Fayetteville in different roles. It noted that he will be eligible to return to his faculty position in the department of psychology after his sabbatical. 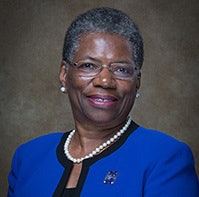 During his tenure, Anderson helped make FSU – the state’s second-oldest institution of higher learning – the most diverse of the 17 schools in the University of North Carolina system. The university made strides in virtually every quantitative and qualitative measure, from enrollment, retention and graduation rates to financial strength, student diversity, academic competitiveness and property improvements.

“We have grown and become so competitive,” said Neal. “We have programs that are unique only to us, and that is masterful.”

Additionally, she said, international travel for students and engagement of military-connected students have significantly increased.
“I have seen the transition from passivity to engagement and involvement and higher levels of accountability for everybody,” said Neal, who has been a trustee for eight years. “We’ve come from conversation to metrics so that everything is measured and accounted for.”

When the university was looking to launch a fundraising campaign, a consulting company recommended a $10-million goal because of the school’s relatively small size, Neal recalled.

But Anderson would have no part of thinking small, setting the five-year goal at $25 million. The school ended up exceeding the goal, raising upwards of $27 million by last year, Neal said. 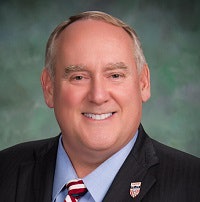 “He’s just a brilliant man,” she said. “He doesn’t bite his tongue. He’s an advocate for college advancement and growth. He just has a passion for excellence, and he doesn’t want to accept anything less.”

Williams observed how Anderson and his team kept elevating the university in various ways, from innovative online programs to a constant focus on student success.

“He’s done an incredible job,” said Williams. “To me, James Anderson is the model of an HBCU president that all should aspire to be like. He set the bar really, really high and set the standard high and was an exemplary leader. He will be missed because he is probably one of the smartest individuals I have ever known. He was always thinking about how to improve and make things better for the community.”

“You just have to be in his presence one time to know that this guy is a little bit different from the standpoint of a scholar and a leader,” Williams added. “He is a leader among leaders – he has that rare quality that most leaders don’t have.”

Anderson became a prominent and respected public figure in the city of Fayetteville, using his influence to foster uplift beyond the campus, some said. 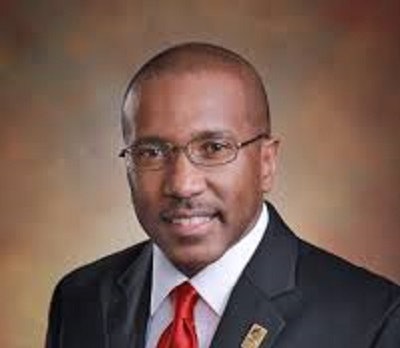 He’s “the reason” an $80-million senior center will be built in an underserved neighborhood in the city, noted city councilman Johnny Dawkins, a Fayetteville native and member of the FSU Foundation Board.

Anderson “was the most impactful chancellor of Fayetteville in my 60 years, and I’ve known them all,” said Dawkins, who serves alongside Anderson in the local Kiwanis Club.

“There’s so much, it’s hard to put into words,” Dawkins said. “He had a huge impact in 11 years. He would take on tough issues and challenged students and the community. He was very involved in civic organizations, making lots of speeches across our city.”

“I wish him a great next phase of his life,” said Dawkins. “I hope they name a campus building after him. He deserves it. He’s a great American.”