As court battles wage over affirmative action, academics with legal expertise see other actual and potential points of litigation that could have a major impact on diversity, equity and inclusion in higher education.

“The smart money is that affirmative action’s days are numbered,” said Justin Driver, the Harry N. Wyatt Professor of Law and the Ludwig and Wolf Teaching Scholar at the University of Chicago Law School. 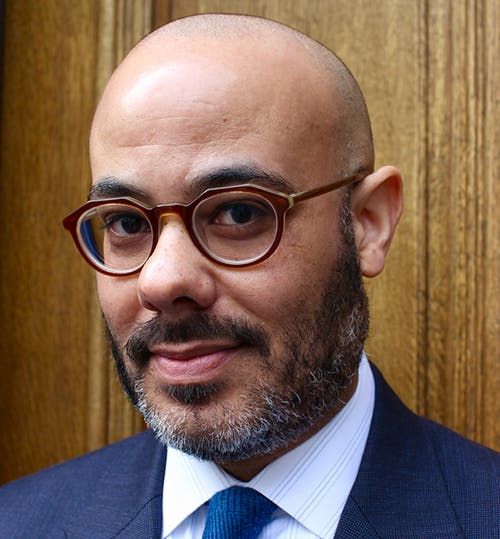 The death blow he predicts could be delivered by the U.S. Supreme Court in any number of pending cases.

The Trump administration has supported the Harvard suit and last year began investigating Yale University’s affirmative action practices. Schools with affirmative action policies operate under the most recent Supreme Court rulings that they may consider race and ethnicity among other factors in determining college acceptance.

But with President Trump’s appointment of Neal Gorsuch in 2017 and Brett Kavanaugh in 2018 – two justices who have shifted the high court’s balance to a conservative majority – race-conscious admissions decisions may be declared unconstitutional.

Driver notes that the five majority justices all have worked in Republican administrations and, based on their writings and judicial records, exhibit a “core conservative Constitutional interpretation” that would disfavor race as a factor in college admissions.

“I would be shocked if Gorsuch or Kavanaugh voted to uphold affirmative action,” said Driver.

Many other academics and legal scholars agreed with his assessment.

Mark C. Alexander, dean and professor of law at the Villanova University Charles Widger School of Law, and Dr. David E. Lee, who teaches political science at San Francisco State University and directs programs for Asian and Pacific Islander students at Laney College in California’s Peralta Community College District, are among those who foresee the Supreme Court reversing itself on its long-standing decision to allow affirmative action plans that show a racially and ethnically diverse campus climate as a compelling interest.

The affirmative action lawsuits “have clearly widened the scope of inquiry into a wide variety of selection issues, and, more broadly, retention issues,” said Peter F. Lake, the Charles A. Dana chair and director of the Center for Excellence in Higher Education Law and Policy at Stetson University College of Law.

Race intersects with merit and other issues, added Lake, referencing the legal scandal that began to unfold in March, when nearly 50 people were arrested and charged by the U.S. Department of Justice with bribery, conspiracy, mail fraud and other crimes associated with getting students admitted to highly selective colleges. 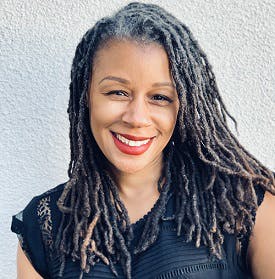 It’s one of many things students are uncomfortable with that appear to tilt the playing field – particularly against those who already are less-advantaged and in favor of the economically advantaged, which can impact multiculturalism in terms of grades and other areas beyond admissions, said Lake.

The federal case, dubbed Operation Varsity Blues, involves allegations of jaw-dropping offenses such as elaborate cheating schemes to improve scores on standardized college-admissions exams and paying off coaches to provide entrée as athletic recruits to prospective students who didn’t even play the sport.

William Rick Singer has pleaded guilty to masterminding the fraudulent misdeeds through a for-profit college counseling service and a nonprofit foundation, which the FBI contends was merely a front to receive and launder more than $25 million in payoffs for the alleged crimes between 2011 and 2018.

“It’s opened a Pandora’s box,” said Lake. “There are definitely issues of fairness. Is there a back door into higher education? Is the front door even rigged? We may see protests on campuses about admissions.”

“I wouldn’t be surprised to see bribes and kickbacks in terms of who gets to play on teams, who gets letters of recommendation, even Rhodes Scholarship selection,” said Lake. “You name anything that is competitive and supposedly meritocratic. What’s behind the veil?”

Whether they succeed or fail, current anti-affirmative action lawsuits against schools could benefit affirmative action proponents – even though the issue has been distorted, said Dr. LaToya Baldwin Clark, assistant professor of law at the University of California at Los Angeles (UCLA).

In fact, she said, affirmative action “is really only an issue for elite schools,” whose reputations and high selectivity make them so competitive that applicants seek to use every perceived advantage they can to gain entry.

Viewed in the wider context of Operation Varsity Blues, the issues of equity and merit arise as a result of how White people – particularly wealthy White people – arrange preference to advantage their children in higher education, said Clark.

“There is an interesting legal question about what the terms of meritocracy are,” she said. “A lot of people said the [alleged admissions] scandal was against meritocracy. That’s not the whole story. There are lots of ways in which parents do things to give their kids an advantage that may not rise to the level of bribery. But I’ve been very concerned about the ways that the law allows parents to use their advantages, their wealth, their social networks, to give their children an advantage to the detriment of other children.”

Those advantages, often rooted in class and race and “gotten wrongly through White privilege and White supremacy,” Clark said, include the financial means to send their children to private schools, pay academic tutors and hire private athletic coaches, as well as the social connections to get them into exclusive colleges, plum internships and choice jobs after graduation.

Clark added that there are other issues affecting diversity, equity and inclusion on college campuses that merit more attention than affirmative action because they affect more students who are underrepresented and disadvantaged.

Whether litigation involving student loan debt or predatory practices of for-profit online schools, “other things should broaden the conversation beyond affirmative action,” she said. “We get caught up in affirmative action, but there are so many schools having these other issues.” 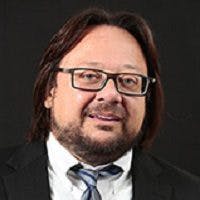 And there are many, said Lake. He suggests that higher education has entered an era when schools are subject to lawsuits and legal challenge on a range of fronts: access, affordability, outcomes, the closure of small schools, chronic issues plaguing HBCUs, Title IX issues around male students alleging that disciplinary policies have been biased against them.

“When consumers feel like they’ve been hoodwinked in some way, they tend to go to legislatures and Congress. They also go to court,” said Lake. “The picture right now for higher education is probably the most precarious it’s been in a long time. ‘Grim’ is probably too strong a word, but we have entirely entered the age of accountability.”

A legal consideration on one matter can lead to the opening of potential legal issues in other areas.

Given exposure of alleged attempts by some parents to buy their children into college with fake sports credentials, demands for institutional accountability are likely to have legal ramifications for collegiate sports beyond Division I, particularly relative to athlete selection and retention, Lake predicted.

“To some extent, they are bringing minor league sports into the college environment,” he said, noting rules and policies around student-athlete recruitment, team uniform sponsorships and other sports-revenue generation.

“The NBA is a prime candidate,” said Lake. “You don’t get access to the NBA, pretty much, if you don’t go to college. There’s a need to recognize that some sports, in some contexts, there’s so much money and opportunity that it has dimensions of minor league sports. It raises questions of fair treatment and equal opportunity.”

Football provides another example of whether there is equity in opportunity.

“When two brothers end up as quarterbacks in the NFL, that may suggest that there’s more opportunity for some,” said Lake. “There are a lot of talented people out there. It raises questions about who is selected, retained and pushed forward.”

Equity issues are raised by a host of other sports-related areas that may be litigated in the future, Lake noted: recruitment and support of student-athletes; retention and graduation rates, particularly of student-athletes of color; freedom of expression issues such as protesting the national anthem; athlete self-branding on social media and ownership disputes; disabling sports injuries; and other factors that for some can narrow already-limited opportunities to play professionally.

“We’re starting to look at all of the inequities surrounding sports,” said Lake. “The questions are connected.”

Institutions of higher learning in America are in the middle of “a long and slow but important paradigm shift” during which they have become big businesses faced with vast numbers of diverse customers and pressures to change, as opposed to their historical places as stable, exclusive environs with small, homogeneous populations, said Lake.

Court battles and legal decisions, he suggested, will play a role in their evolution as they try to become more nimble, innovative and responsive.

“The root of it is, we became a business but we weren’t ready to be a business,” said Lake. “We’re seeing lots of stress points that are evidence of a business model that needs to be improved. I think we have to contend with the fact that our institutions are very vulnerable to powerful external economic forces. This is the time where the meteor has struck, and the dinosaurs may not survive. But we’ll get it right eventually.”

This article appeared in the July 11th anniversary issue of Diverse.