Xavier University, the only Catholic HBCU, has selected a director intent on seeing the Black Catholic experience be part of church history. 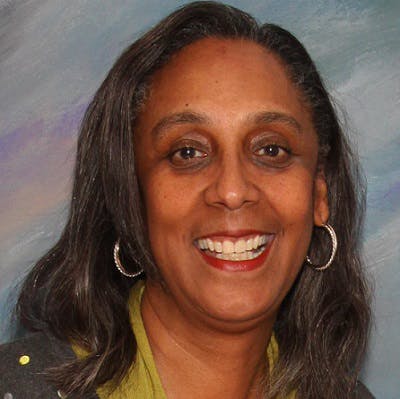 While Dr. Kathleen Dorsey Bellow is a lifelong Catholic and has been associated with Xavier for three decades, her new position as director of the university’s Institute for Black Catholic Studies (IBCS) is her first full-time position in academia. She’s excited to utilize the academic platform to both enhance knowledge and information about the Black Catholic experience and effectively serve Black communities.

Raised in Baltimore, Bellow grew up in the Catholic Church. When she moved to Louisiana as an adult, she found people in her parish were less literate in church doctrine and history than she was. The parish priest directed her toward the IBCS to strengthen her foundation so she could be an effective pastoral leader.

IBCS runs a summer program, offering a master of theology degree as well as continuing education and enrichment programs. Bellow earned her master’s at IBCS and described Xavier as a spiritual home. She subsequently earned a doctor of ministry in liturgical studies degree at Catholic Theological Union.

She’s spent many summers at IBCS since participating in the program as a student. She’s been a student volunteer, an instructor and – since 2005 – associate director involved with the certificate in enrichment program.

Bellow said one of her visions as director is to grow more pastoral theologians for the church and for Black communities.

She further noted that the stories of other people of color are also missing from most mainstream stories of Catholic history, and the church suffers as a result of that lack of information. As more Black students learn these histories, they will engage more with the church, which in turn, Bellow said, will positively impact Black communities.

Dr. C. Reynold Verret, Xavier’s president, said the university’s religious identity is very much a part of the institutional culture, curriculum and life even though the majority of students are not Catholic. He has great hope for Bellow as she works to advance the presence and prominence of the IBCS.

“What you will see from Dr. Bellow as the IBCS enters its 40th year is greater outreach and greater expression through the world,” said Verret. “Reflections that we have to give on crucial issues in the society — issues of race and equity. The question, for example, on how we remain steadfast to a nation and to a church that sometimes has broken faith with us. Important questions that are engaged both theologically and in practice in the IBCS.”

“Part of the mission of Xavier is to create a more just and humane society,” said Bellow. “In the Black community, we have to work together. We have to be more collective in our vision. That forms you to go out into the world and take what you have learned and put it to good use, not only for yourself … but to give back to the community at large.

“All of those social justice themes have to be pulled through the teachings in any truly Catholic university,” she added. “They certainly are here at Xavier and in the IBCS. We are very focused on social justice issues.”

Bellow intends to seek intergenerational educational opportunities and give the IBCS more visibility within the Xavier community. Part of her job as director will be student recruitment, as well as making sure there are stellar faculty and staff to lead the programs.

“Then, to spread the word even further to the church at large about the IBCS,” said Bellow. “We know that many people who are not Black serve the Black community. Without good formation, they often do more damage than good. We are open and inviting. Not only Black Catholics come and study.

With the director’s position, Bellow said she will be both a scholar and an activist.

“We’re forming people to serve with the Black Catholic community and the community at large,” she said. “I am finding my niche in the academy to present and to teach. I’m constantly challenged and affirmed. Those are the strengths I hope to bring to my work here at Xavier.”