Additionally, the focus of the funding would be to maintain and improve various programs within high demand fields and majors such as science, technology, engineering and mathematics (STEM).

The funding under Title III, which has been administered by the Department of Education since 2008, is set to expire at the end of September.

“For more than 180 years, HBCUs have strengthened our country and called America to greatness,” he said. “This nation owes a profound and enduring debt of gratitude to its HBCUs.”

Advocacy organizations celebrated the passage of the legislation in the House of Representatives.

“These institutions of higher education, which serve an outsized share of the nation’s college students of color and students from low-income families, are essential to providing college access for millions of students, increasing educational attainment and providing the surest path to socioeconomic mobility,” said Denise Forte, senior vice president for partnership and engagement at The Education Trust. “We are pleased that the House of Representatives has taken this important first step toward guaranteeing that critical funding for HBCUs and MSIs will not be disrupted.” 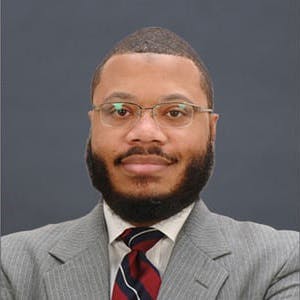 To demonstrate their support for the FUTURE Act, UNCF launched the “Protecting Our FUTURE” campaign. Since the campaign’s establishment, there have been over 38,000 phone calls and emails to members of Congress, UNCF reported.

However, there is still more work to be done.

Now, institution leaders and representatives are urging for the FUTURE Act to be passed in the Senate.

“These schools are a part of the very foundation of our higher education system but they lack many of the same financial resources that predominately white schools can count on,” Jones said. “That’s why I am calling on Senator McConnell to bring the FUTURE Act up for a vote and take the next step to give these schools the certainty they need to continue serving their students and fulfill their mission.”

Lodriguez V. Murray, vice president of public policy and government affairs at UNCF, said that he hopes that Congress will “act as a pathway for passage” and not a “roadblock.”

“A vote for this bill is a vote for low-income, first-generation college students of color and for institutions that serve a large number of these students,” Murray said. “These institutions are located across the country, touching the districts of nearly every single Member of Congress.”