U.S. Secretary of Education Betsy DeVos sent a letter to leaders of historically Black colleges and universities, reassuring them that recently expired federal funds for minority serving institutions “will have no bearing” on funds already awarded for 2020. 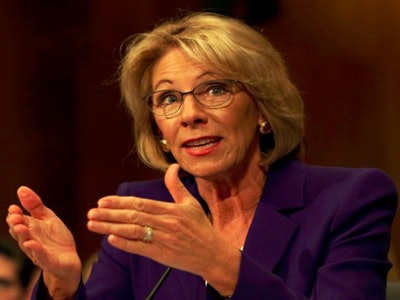 “This administration is committed to each and every HBCU and other minority-serving institutions and the important work they do in educating historically underrepresented student populations,” DeVos wrote.

Last month, the FUTURE Act – a two-year extension of over $255 million in mandatory federal funding under Title III, Part F of the Higher Education Act – was held up in the Senate by U.S. Senator Lamar Alexander, chairman of the Health, Education, Labor and Pensions committee. Alexander proposed a slew of additional higher education reforms, including extended funding for HBCUs, but the package was shot down by Senate Democrats, who argued it was a piece-meal approach to Higher Education Act reauthorization.

According to Devos’s letter, Title III funds recently allocated to HBCUs will still be available to them in 2020, and any additional funding over the next fiscal year will depend on congressional appropriations.