Can You Build a New HBCU? Trump Entertains Idea

During a meeting with Black Michigan leaders, Donald Trump and Rep. Karen Whitsett, D-Detroit, entertained the idea of founding a new historically Black college or university (HBCU) in Detroit, reported The Atlanta Journal-Constitution.

“I would love to see a historically black college in the city of Detroit, and I think 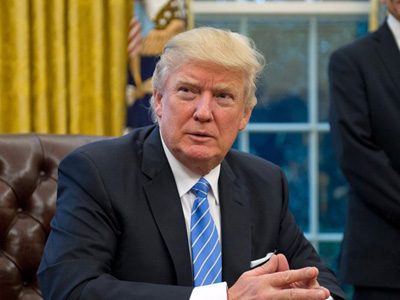 you’re just the president to do it,” Whitsett told Trump, who said the idea was “great” and told John James, a Republican candidate for a Michigan Senate seat, to “start working on that.”

Others, however, quickly derided the idea on social media, pointing out that founding a new HBCU isn’t possible under the federal definition of what an HBCU is.

According the U.S. Department of Education, an HBCU is an institution “established prior to 1964, whose principal mission was, and is, the education of black Americans.”

Or, as one D.C.-area attorney wrote on Twitter, “The concept of a *new* historically black college is a contradiction in terms.”

There are currently 107 colleges in the U.S. deemed HBCUs. Detroit used to house one that was established in 1928 — the Lewis Business College — but its doors closed in 2013.