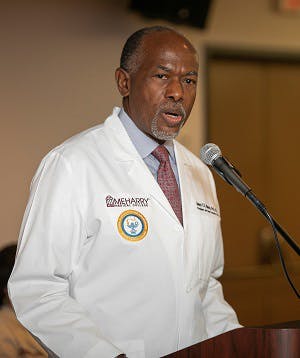 The Icahn School of Medicine at Mount Sinai in New York and Meharry Medical College, a historically Black medical school in Nashville, Tennessee, are working together to combat racism and bias in medicine and the basic sciences.

This partnership could include a joint graduate or medical education program as well as opportunities for students to study at each institution.

“With a strong foundation in health disparities research in critically important areas for the Black population, including sickle cell disease, diabetes, and cancer, Meharry Medical College will be an excellent partner with whom we can share clinical knowledge and enrich each institution’s education, training, and research enterprise,” said Dr. Dennis S. Charney, the  Anne and Joel Ehrenkranz Dean of Icahn Mount Sinai, and President of Academic Affairs at the Mount Sinai Health System.

The partnership with Mount Sinai aims to also address a shortage of Black physicians and scientists in the United States, an issue that the Association of American Medical Colleges has consistently reported. Minority doctors and researchers face such barriers as a lack of mentorship at academic medical centers. Meharry Medical College is one of four historically Black medical schools in the country, which is home to about 150 medical schools.

“We are honored to collaborate with the Icahn School of Medicine at Mount Sinai and are eager to begin developing dynamic research and educational programs that will directly benefit minority communities affected by countless health disparities,” said Dr. James E.K. Hildreth, President and CEO of Meharry Medical College.