In 2014, Dr. Leah Hollis accepted a position as an assistant professor in the Community College Leadership Doctoral Program at Morgan State University. At the time of her hire, Hollis, already a renowned expert in the field of institutional bullying, had ten years of teaching experience, had co-edited a collection of peer reviewed essays, co-authored a book and written two on her own, including Unequal Opportunity: Fired without cause? Filing with the EEOC (Equal Employment Opportunity Commission).

Five years after that book was published, Hollis filed her own suit against Morgan State and six of its leaders, alleging gender discrimination in pay and retaliatory harassment. 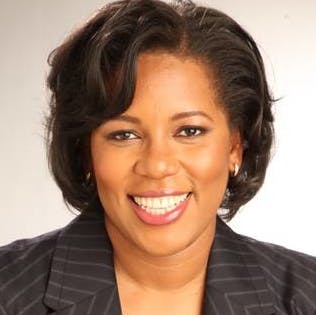 Dr. Leah HollisOn April 11, 2019, the EEOC issued the findings of its independent investigation into her claims, including a letter of determination in her favor. According to the EEOC, Morgan State had “subjected [Hollis] to unequal pay because of her sex,” and that Hollis experienced “unlawful retaliation” after reporting her concerns.

Now, her team of lawyers is completing their discovery and preparing to face the Maryland historically Black college and university (HBCU) in court.

Morgan State has denied the allegations. College officials did not respond to requests by Diverse for comment.

It is highly unusual for the EEOC to find in favor of complaints, said Dr. Elizabeth “Beth” Hirsh, an associate professor of sociology at the University of British Columbia.

“In the best of times, only 5-7% of claims are found to have reasonable cause,” said Hirsh. “Some years it’s 2-3%. In this case, it’s even more rare. The EEOC has a formal resolution process. Two thirds to three quarters end in reconciliation, but this failed.”

Attorney Aderson B.  Francois, said that the EEOC recommended that Morgan State settle the case and issue back wages, but the university refused.

According to the legal complaint filed by Hollis, the problems began almost immediately after she was hired in early 2014. She alleges that Morgan State hired male faculty members before and after her arrival that were paid a higher salary despite having less experience than her. By 2019, Hollis was still the lowest paid member on the department’s faculty, despite being one of the most recognized and productive scholars on the faculty, said Francois.

“The differences are stark,” he said. “When you point that out to Morgan State, they’ll say, 'it’s not just quantity of work it’s quality.' But here’s the problem: the key thing scholars use in education is the ‘h-index’ on google scholar. [Dr. Hollis] has a higher h-index. She’s been cited by everyone else.”

The h-index is a quantitative metric that is designed to analyze publications and citations to assess the importance of a scholar’s work. The higher the index, the more respected the scholar is considered.

Hollis asserts in her complaint that Morgan State continued to mishandle her requests for review, promotion, and tenure. She said that when she first applied for tenure and promotion in September 2016, her request was denied without her teaching ever having been evaluated. She said that her tenure application was also denied based upon her scholarship lacking “substantial professional achievement.”

Hollis appealed the decision twice, the second time making note that the decision reflected gender discrimination. That’s when, according to the complaint, the harassment began. She applied for different positions both in and outside the department but gained no traction in either. She said that her summer courses were reduced after she took family medical leave to care for her sick mother. She alleges that the harassment extended to the doctoral students that she was advising.

Around the time that the EEOC issued its letter of determination, Morgan State granted Hollis tenure, but offered no acknowledgement of her previous appeals, no promotion to full professor, and no significant bump to her salary. Francois calculates that Hollis could be owed a minimum of $450,000 from the university. Additionally, she wants the university to issue a statement "confirming that [she] experienced unlawful discrimination, was paid an unlawfully unequal wage, and experienced unlawful retaliation.”

Hollis asserts that what happened to her is not an isolated incident. The university is currently facing three other lawsuits alleging wrongful termination and gender discrimination.

Unless Morgan State and Hollis settle, the case is likely to proceed to court sometime next year.