Breaking Down Inequitable Barriers for Students

These are just some of the ways that historic Black colleges and universities (HBCUs) continue to address inequity, mentioned by panelists gathered by The Hope 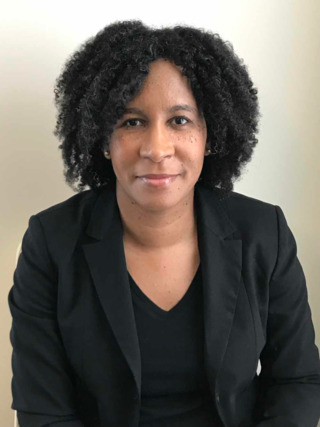 Together, scholars, researchers, and journalists spoke about the importance of higher education as a way to address inequity, the weight of racial justice work, how the pandemic clarified or exacerbated inequities, and the solutions HBCUs were able to find thanks to the funding support provided by the CARES Act and HEERF.

“We need to internally and externally building up the foundation, level the playing field. HBCUs are so important in terms of who goes to them, who they educate, and helping lift educationally and economically," said Dr. Donna Patterson, professor and chair of the department of history, political science and philosophy at Delaware State University. "Such an impact is felt on not just the student but the student’s family.”

Schools with ambitions to become R1 research institutions, said Douglas-Gabriel, were initially barred from applying for grants to help them build the facilities necessary for top tier research.

“While there’s progress being made, there’s a long legacy to disentangle what is owed to these school,” said Douglas-Gabriel. “It’s time to atone for putting our segment of schools at a disadvantage intentionally.”

Douglas-Gabriel was joined by Eric Stirgus, a writer for the Atlanta Journal-Constitution. Georgia is home to ten HBCUs, four based in or near Atlanta. Together, Douglas-Gabriel and Stirgus discussed the funding wins of the Build Back Better Biden Administration reconciliation bill. Despite overall funding shrinking to fraction of Biden’s initial proposal of $45 billion for HBCUs and minority-serving institutions (MSIs), impressive lobbying by HBCUs and MSIs kept their needs on the table.

Stirgus said that some HBCU leaders have come to the defense of the bill, knowing that “it might not be everything we want, but the investment there is greater than we’ve seen in years.”

The settlement of a 15-year-old legal battle in Maryland could provide a hopeful landscape for navigating the uneven distribution of funds. The State of Maryland settled with Bowie State University, Coppin State University, Morgan State University, and University of Maryland: Eastern Shore, all HBCUs who alleged discriminatory state funding. Douglas-Gabriel and Stirgus believe that the settlement, which includes a statewide higher educational directive to make sure all universities in the state of Maryland are offering competitive courses, could present an opportunity for other states to examine their own historical underfunding and make equitable changes.

“To see the federal government bring money to assist, and see it included in Build Back Better, says a lot about shifting this conversation from this traditional picture of what a college student is, what college is,” said Douglas-Gabriel. “To get people to completion, we have to support them in these other ways that aren’t always a part of the conversation, but they are now.”

The pandemic sharpened the need for creative supports. Dr. Adriel Hilton vice chancellor of student affairs and enrollment management at Southern University at New Orleans, said that over the past 18 months, he has witnessed the psychological toll it had on his students.

“It’s great to be back in person, but I don’t think anyone is well,” he said. “It’s hard to have something that approximates pre-pandemic life in a pandemic. It’s really hard.”

Because of the CARES act, HEERF, and Title III funds, Southern University was able to create a full-time resource manager position. The role consists entirely of getting the word about COVID resources out to students. Need varies from student to student: sometimes it’s a food pantry, or counseling, sometimes a student’s car has broken down and they can’t get to class.

His university also established a grief counseling center with a grant from the mayor of New Orleans.

"[Anyone] on or off campus can have access to that grief center,” he said.

This counseling center was created as a result of the advocacy from students, faculty, and staff at Southern University, who felt the need and pushed for change. Timothy Welbeck, lawyer, and acting director of Temple University’s new Center for Anti-Racism, credits his current role to the advocacy of students and department leadership.

Welbeck said he plans to address inequity at his center in three ways. One, through R1 institutional research, studies, and articles that can shape the discourse. The second phase will work to make this acquired knowledge “palatable” to the general public, to get them to understand what exactly critical race theory is, not the “propagandized, catch-all phrase.”

“Lastly, what I consider on of the most important parts: work with the people of Philadelphia to meet their direct needs,” said Welbeck. “The fight is to level the playing field, to achieve equity, to allow our people and institutions to live up to the fullness of their potential and remove impediments in their way. We’re more powerful than we know, the anti-racism center is an example of that: the people demanded it.”