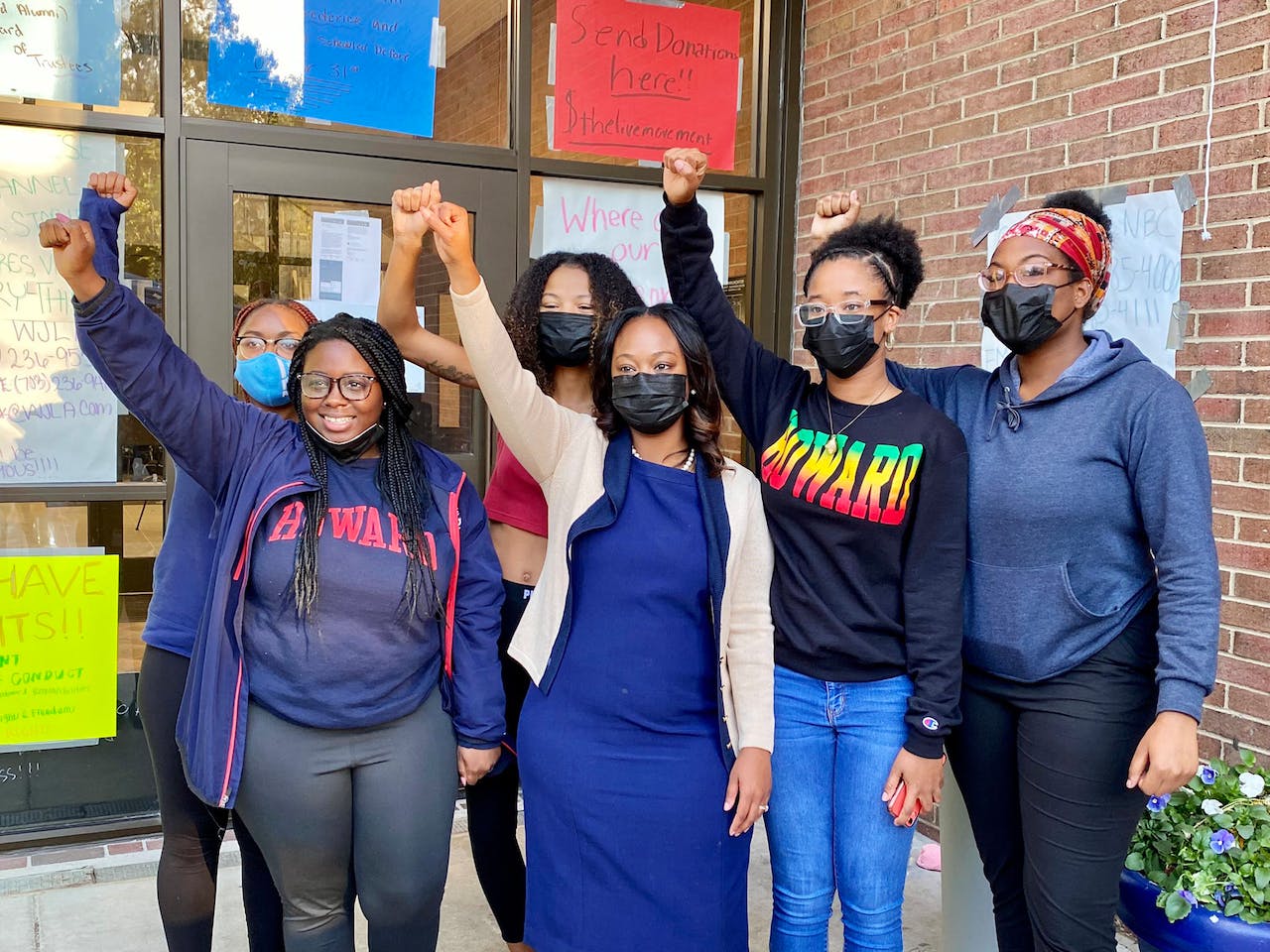 Students at Howard University have reached an agreement with the administration, ending 34 days of occupied protest at the Blackburn Multipurpose Center on campus. Students and some members of the faculty camped out in an impromptu tent city to bring their concerns to the attention of university leaders.

While the details of the agreement remain confidential for now, Howard's president Dr. Wayne A. I. Frederick announced that a resolution had been reached with students.

"Through ongoing dialogue and a desire to hear and address their concerns, the student protestors have agreed to end the Blackburn occupation and leave the building," said Frederick. "This is a welcome development and a necessary conclusion to a challenging few weeks for everyone involved."

Defiant, Frederick chastised protestors who received widespread support over the past month from sympathizers across the nation, including civil rights leaders, Reverend Jesse L. Jackson and Reverend William Barber.

"Protests drive change. I accept and applaud it," he said. "I do however struggle with the type of protest that jeopardizes student safety, the very thing students said prompted their concerns."

The student protests began over mold growth in dormitories and classrooms, and the increasing presence of roaches and other pests including rats on campus. The dissolution of a student/faculty affiliate trustee role that students and faculty had come to rely on for communication with the administration, only complicated matters.

“The students had the courage, the fortitude to challenge what they believe was the need for greater transparency and accountability on issues that affect their lives, their safety, and their wellbeing,” said Temple. “They had a lot of courage to engage the entrenched community.”

This is not the first time Howard University students have protested, but the protests have grown more constant under Frederick's leadership.

“Historically speaking, the struggle for equality and justice is a heightened phenomenon in HBCUs, it’s part of what they learn out of a history where Black Americans have experienced a second-class citizenship," said Temple. "De-humanization has fed their aspirations for more engagement and more education and more equity and more justice."

Issues with housing aren’t unique to Howard. Numerous HBCUs have encountered this issue, said Dr. Larry Walker, an  assistant professor of educational leadership at the University of Central Florida and an expert on HBCUs.

“It’s important to recognize that this is not unique," said Walker. "The money [Howard] does get is restricted, some of that money is designated for certain funding streams.”

Something that is unique to Howard is its location. The role of gentrification and the cost of living in one of the most expensive cities in the U.S. plays a huge role in the housing struggles that students face.

“To say D.C. is expensive undersells it,” said Walker. “We have to have a conversation about what happens to an historic institution, when the city it’s in, that was once primarily Black, is gentrified and housing costs have gone up. What does that mean for an institution like Howard, who’s role is serving first-generation and Pell eligible students?”

A history of activism

In March 1968, Howard students took over the administration building to advocate for changes to the school’s discipline policy and to create a major in African American history. Students took over the administrative building again in March 1989 to reduce punishments placed on protesting students, to speed up the processing of financial aid, and to push for an African American graduate studies program. In 2018, students spent nine days occupying the administrative building. That protest eventually led to discussions about overhauling the school’s sexual assault policies, the creation of a food bank for students and the community, and a review of the armed weapons polices for campus police. 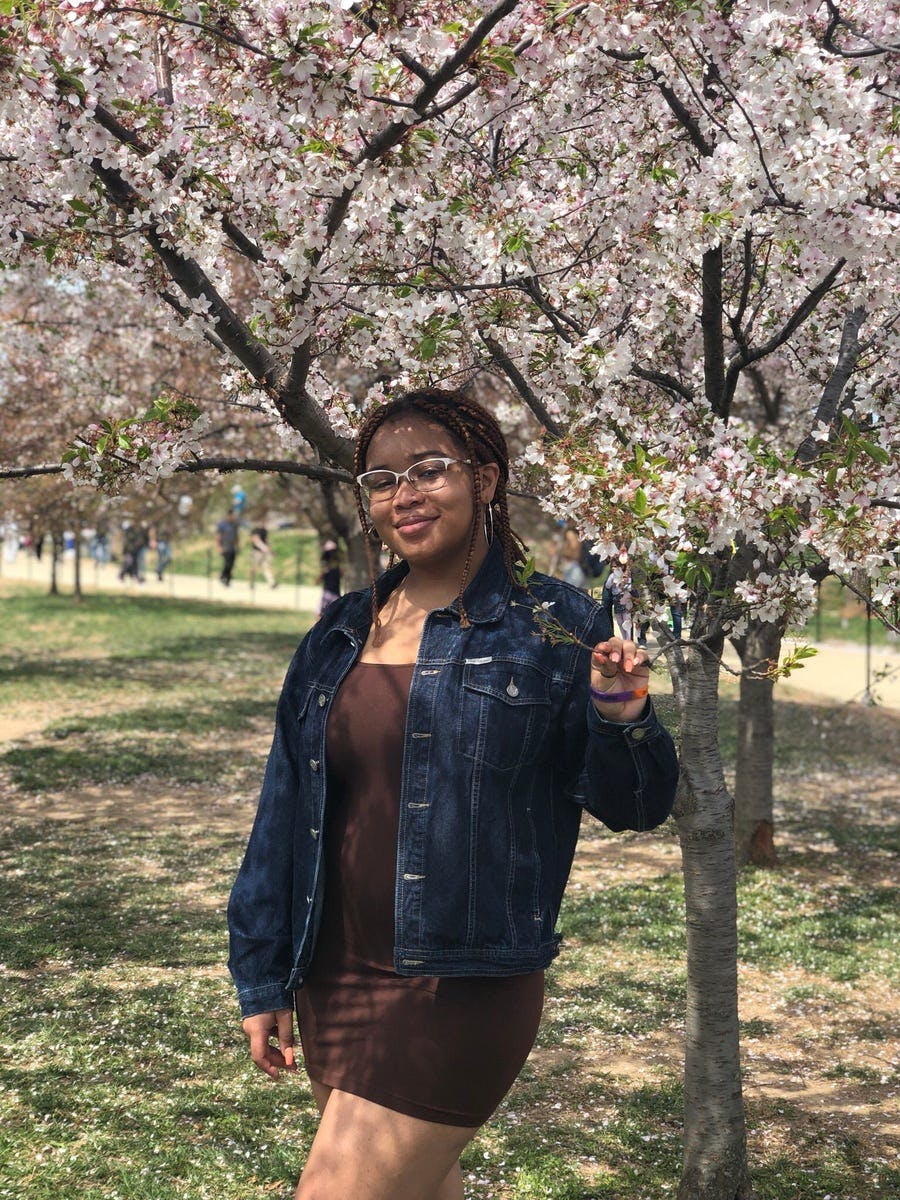 Temple represented students in both 1989 and 2018. As a result, he was the natural choice for the students when Frederick suggested to the Blackburn’s protestors that they find a lawyer. Temple, himself a Howard graduate, represented the students pro bono.

“The questions the students raised were deep questions,” said Temple. “They brought issues to the public light that need to be examined, and they did so. Whether it’s mold or communications with the administration, it speaks to the heart and soul of their residential experience.”

On October 13, Howard’s division of student affairs sent an email to students informing them they were committing “multiple violations of the Student Code of Conduct,” and that the email “served as a warning” to all students who were currently in the Blackburn building.

The email read: “There is a marked delineation between historic protests and what we witnessed yesterday.”

The email also went on to say that student housing was currently at 94% and that “there is no housing shortage,” although the email did acknowledge mold growth in some residence halls.

The email said that the student/faculty affiliate trustee concern was addressed by the Board of Trustees and would be discussed at the Student Life Committee townhall. The email promised further discussion with the students.

According to Fashina, having the students gather the student center, was a deliberate attempt by the protestors to stay out of the way of the administration while making their point heard, unlike their 2018 protest.

“The student code of conduct says we’re allowed to protest within reason. Well, ‘reason’ is subjective, it’s up to the discretion of the enforcer,” said Fashina.

The Code of Conduct calls for students to not disrupt the daily goings-on of the university, “but, most protests are disruptive in nature,” said Fashina. “So, are you really allowed to protest?”

As for the denial of the housing shortage, Fashina took to Twitter to share an email sent from Howard leaders on August 20, noting that there was indeed “limited spaces for undergraduate students who may be challenged with finding off-campus housing.”

Temple noted that university counsel refused to engage with the students “until the students conceded everything, even the [Blackburn] building.”

“Some of the levels of hostility and, I think, condescension and resentment to the students were because they were protesting,” said Temple. “It was out of the ‘character of expectation’. To me, that prolonged the negotiation and integrity of the process.”

Howard is a flagship HBCU, one of the biggest and best known in the country, which means that they are often subjected to more criticism and critique, said Walter.

“Some of the critiques of Howard are fair—students should not have mold in the classroom. But the issues at Howard are bigger than Howard. It’s how we support HBCUs,” said Walker. “We should be asking ourselves to make sure all HBCUs have the funding we need for infrastructure, technology, and everything else. What do we need to do to make sure HBCUs have the money they need to thrive?”

Temple said that he fights for students because he understands just how important institutions like Howard are.

“Howard is a great promise, a living miracle for the African American community and the nation,” he said, adding that he'll  keep an eye on the situation as it unfolds. The protest may be done, he warned, but “we still have a lot to see.”