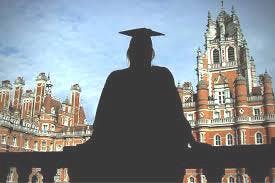 TOKYO — When Ricardo Parras flew across the Pacific to study in Japan, the turbulence he encountered was of the emotional variety.

Having grown up in predominantly Hispanic Los Banos, Calif., Parras missed being surrounded by Spanish-speakers from his own culture. He also missed his relatives, some of whom could not understand why he chose to travel more than 5,000 miles to work toward his college degree.

Samantha Rios-Arizala had to struggle financially to afford the cost of studying in Tokyo, but believes the experience will enrich her life enough to make the extra effort worthwhile.

“In Mexican culture, family is very important,” said Parras, who is studying international business at Temple University’s campus in Tokyo. “The fact that I am so far away hurts them and it hurts me. But it’s for my future, and they understand that.”

Parras said he transferred to Temple in Japan in the hope that mastering Japanese would be helpful for a career in business. A military veteran, he said he also thought the Japanese way of life would resemble military culture in an important way. “There’s a certain respect for authority that you show in both places,” he said.

The number of Americans studying abroad has tripled over the last two decades, as students increasingly see the academic, social and professional advantages of overseas experiences, and university officials shore up their international programs in response.

But, for both cultural and financial reasons, it’s an opportunity first-generation and minority college students like Parras are less likely to get.

Universities are taking such steps as sponsoring student passport fees and encouraging networking among minority parents, with some success. Yet the gaps have persisted.

Non-Whites make up just under 40 percent of U.S. college and university students, but only 24 percent of study abroad participants, according to a report by the Washington D.C.-based Institute of International Education.

Low-income White students struggle to afford the cost of study abroad programs, too, and many wealthy non-White families can pay the extra costs with ease. But demographic studies of higher education in America show that Black and Hispanic college students are disproportionately likely to be poor and the first generation of their families attending college — two major reasons their participation rates in study abroad programs are lower, according to several experts.

Low-income and first-generation students not only struggle to pay for study abroad, which can require such costs as air fare and passport application fees on top of tuition; they also tend to come from families with less knowledge about college, or may assume that study abroad is solely for more privileged classmates, especially women, who still comprise two-thirds of American study abroad students.

“Back in the day, study abroad was really seen as a finishing school for White women, and that has really stuck,” said Daniel Obst, deputy vice president at the Institute of International Education.

Temple’s Tokyo campus enrolls a mix of students who are studying abroad for semester- or year-long stints, usually during their junior years, and students like Parras, who hope to finish their degrees there.

Several university administrators say that a more diverse pool of Americans attend college in Japan than in many other countries — particularly European ones — partly because of the large U.S. military presence. Soldiers who fall in love with the country during overseas postings often return to study using GI Bill benefits, which can be used for overseas programs that meet certain guidelines.

Other students become enraptured with Japanese culture at a young age, seek an overseas adventure or hope the experience will strengthen their job credentials.

Yet some first-generation Black and Hispanic students said their family members responded with disbelief when they announced their plans to study in Tokyo, a sometimes overwhelming city with a population of more than 13 million.

Jamal Burke, who is Black, had long been fascinated with Japanese anime and video games, and, by his junior year, felt disconnected from his fellow students at the New School in New York. But when he told his relatives in Brooklyn’s Bedford-Stuyvesant neighborhood of his desire to study in Japan — a country none of them had ever visited — they thought he was joking.

“My mom was the only one who realized I was serious,” Burke said.

Low-income families often have good reason to be dubious: Not only do they have less personal experience with college and study abroad; they have less discretionary money to travel overseas for visits, or to fly students home in an emergency.

Several of the students said their families also value staying close to home more than many middle-class and wealthy Americans.

“Cutting the umbilical cord was a little difficult — even at my advanced age,” said Allyson Diaz, a 39-year-old Mexican American enrolled at Temple’s Tokyo campus.

Paul Gaspari, the student services coordinator for Temple in Japan, said parental wariness and misunderstanding occurs across all income levels and ethnic groups. When there was a recent earthquake in Korea, for instance, he got calls from concerned parents asking if their children were okay.

Gaspari, who is White and part of the first generation in his family to attend college, said that when he decided to study in Japan 12 years ago as an undergraduate, his grandmother cautioned him: “Watch yourself — because of the war.” She was referring to World War II.

But he said the concerns can be heightened for low-income parents whose children are the first in their families to go to college.

“They don’t know what to expect from college in general,” Gaspari said. “And now their child is at a college overseas and they are like, ‘What’s a visa?’ They are dealing with the same issues as all families, but they are compounded.”

Some lower-income parents may be experienced travelers, but still struggle with the cost of sending their children abroad for extended periods. Arrangements differ across universities, programs and locations, but often tuition remains the same and students might still be eligible for the same financial aid. But there can be extra costs for visas, passports, travel, housing and other living expenses, which could add up to $10,000 or more, students and program administrators say. The student’s home university may or may not subsidize those costs through additional grants.

Eighteen-year-old Samantha Rios-Arizala said her mother, originally from Ecuador, took her children to see new places as they grew up.

But when Rios-Arizala decided several months ago to study at Lakeland College Japan, she faced a more arduous path than her wealthier classmates: She had to work long hours in a computer store to save money for a ticket and her first month’s rent, and scoured plane fares every morning for weeks before finding a New Year’s Day flight she could afford. After arriving in Tokyo, Rios-Arizala knew she would probably have to find a job to support herself. Although many financial aid packages remain the same when a student studies abroad, it’s less common for universities to provide parallel work-study opportunities.

Rios-Arizala believes the extra effort was worth it, but said, “I had to fight to come here.”

The racial disparities among study abroad participants are narrowing, but only slowly. For instance, the number of Blacks who study abroad rose from 3.5 percent of the total 15 years ago to just over 5 percent in the 2011-12 academic year, according to the Institute of International Education.

That’s partly because the proportion of all students who are Black and Hispanic has increased. But Gordon said some universities also have made significant efforts to improve access and equity in study abroad.

Spelman College, a historically Black women’s college, encourages all low-income students interested in study abroad to apply for a Gilman Scholarship from a national program established in 2000 that offers financial support for study abroad to recipients of federal Pell grants. The University of Rhode Island has incorporated study abroad into its curriculum, requiring students in an international engineering program to go overseas for a year. And Temple has a “passport scholarship” for which students can apply if they have never had a passport and intend to study abroad.

“Many campuses are trying to be creative,” said Obst.

Word of mouth is also crucial. Several of the first-generation college students studying in Tokyo said they make a point of encouraging relatives and friends to consider international programs.

And, despite his homesickness, Parras said he hopes his experience will not only help him find a job in international business, but inspire his own children to study in another country someday.

“What is life without challenges?” he said. “I would not want to take the easy route. Years from now I will be able to tell myself and my kids, ‘I actually did that? I can’t believe it.’”