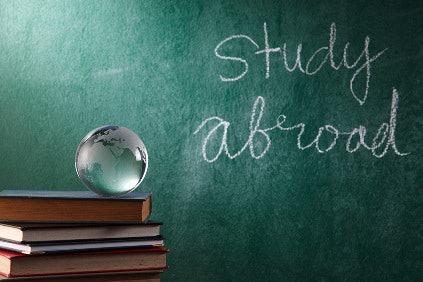 News of British voters deciding Britain should withdraw from the European Union (EU) may be roiling investors and economic markets worldwide as a serious threat to the future of the economic pact that ties most Western Europe nations together.

For Hannah Dye, a rising junior at Goucher College in Baltimore, and thousands of college students across the country set for study-abroad programs this summer, the news is not as rattling. Dye, who is set to join several dozen Goucher students for study in Scotland, can keep her bags packed.

“Nothing will change regarding existing programs, or student participation in them,” says Eric Singer, a professor of political science and international relations at Goucher.” The only thing that will change will be saving on the exchange rate,” noted Singer, who works with the nearly 500 students each year sent to study abroad as a requirement to finishing the institution.

Indeed, academic leaders across the nation cite several reasons for their feeling there is no near-term fear of study-abroad programs in England or other nation’s being significantly impacted by Britain’s withdrawal from the EU, regardless of political developments in Europe or the United States.

“The CSU Chancellor’s Office enjoys strong partnerships across the UK and no impact is expected in the short term on students, faculty or those programs,” says Laurie Weidner, assistant vice chancellor for public affairs in the California State University (CSU) Office of the Chancellor. Each of CSU’s 23 campuses have study-abroad programs that run year-round, including five with various institutions in Britain, she says.

Weidner’s reference to “strong partnerships” with institutions minimizing any impact of the so-called “Brexit” vote last week was echoed by several academic leaders with study-abroad programs.

“I don’t see why it (the British exit from the EU) would affect study-abroad programs,” said Dr. William Harvey, president of Virginia-based Hampton University and chairman of the Board of Advisors of the White House Initiative on Historically Black Colleges and Universities. Harvey’s institution is among a growing number of HBCUs to step up their focus on the value of study-abroad experiences for their students.

“At this point, I don’t think we have reason to be concerned,” said Laurie Lewis, senior director for international programs at Oregon State University. She has worked with Oregon State’s GO (Global Opportunities) program for more than two decades.

“We will continue to monitor and respond accordingly,” says Lewis, who counts some 500 students engaged in study-abroad activities.

If higher education is to feel anything close to the stock market and investor pandemonium of recent days, it could take several years, says Dr. Geoffroy de LaForcade, associate professor of Latin American and Caribbean history at Virginia State University and director of international studies.

Absent any more major surprises, it could take up to two years from Britain to formally and fully withdraw from the EU, says de LaForcade, a dual citizen of France and the United States. Beyond that period of exiting the EU, Britain would then have to rewrite all international policies governing student travel into and out of the country for study program purposes.

“Immediately, it doesn’t change anything,” says de LaForcade. “It will take two years for there to be direct impact.”

In the interim, eyes will be watching the Brexit vote closely to see if it has any ripple effect in other parts of Western Europe or the United States.

American students lag behind most major countries in the number and percentage of students studying abroad, higher education and federal government studies have found a number of times over the years. Today, it is estimated less than 2 percent of all American college students are engaged in study-abroad programs, these reports say.

An “overwhelming majority” of American students who study abroad go to Europe, with 40 percent studying in four countries: the United Kingdom (which includes Britain), Italy, Spain and France, according to surveys and data collected by NAFSA: The International Association of Educators and the federal government’s Open Doors reports.

Minorities of all racial and ethnic groups made up less than 6 percent of the estimated 304,400 Americans enrolled in for credit study-abroad programs in 2013-14, according to the studies.