There has been a steady decline in international students studying in the United States over the last few years, which has caused economic consequences, according to a report by NAFSA: Association of International Educators.

The study, Losing Talent: An Economic and Foreign Policy Risk America Can’t Ignore, highlighted the reasons behind the enrollment decline as well as its negative impact.

However, the 10-percent enrollment decrease within the last two years cost the U.S. economy an estimated $5.5 billion and more than 40,000 jobs, according to the report.

Daisy Biddle, director of business development at STA Travel, believes that not only do international students positively impact the economy, but they also provide cultural benefits.

“We certainly do see the benefits of international exchange in terms of sharing each other’s cultures, sharing ideas and really making the world a smaller place,” she said. “I think that will also encourage more students within the U.S. to study abroad and go and experience other cultures.”

In terms of some of the reasons behind the decline, NAFSA’s research found that international students are concerned with the ongoing social and political climate within the U.S., and many feel unwelcomed.

Many global students also fear for their personal safety with the rise in gun violence. National Public Radio recently reported that the U.S. has the 28th-highest rate of deaths from gun violence in the world, with 4.43 deaths per 100,000 people in 2017.

Marcus Lim, an international student from Singapore, was concerned and put off by the prevalence of guns when he was looking into studying in the U.S.

“The fact that I’m going to a place where any civilian can handle a gun without proper training was kind of terrifying,” he said.

However, Lim didn’t let fear stop him from pursuing an education at the University of Miami, where he graduated in 2017. He has found his U.S. experience to be enriching and rewarding.

“It is always difficult to step out of your comfort zone,” he said. “You’re leaving behind your family, your home. You’re leaving all that behind to come to a totally different country. If you’ve done that, you’ve done that first courageous step into experiencing a life that you never would have experienced before.” 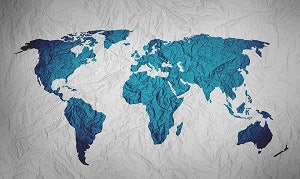 Logistical problems also contributed to the trend as some international students experience visa issues or delays when traveling to the U.S., as well as an overall lack of funding, according to the report.

“Not being able to capture the minds of students is a shame for the country because there are a lot of people out there that have good minds,” said Jackie Lingner, director of international student and scholar services at Florida Institute of Technology. “For them not to be able to get into the United States to take advantage of everything that we have to offer here is sad.”

While the U.S. is experiencing a decline of international student enrollment, other countries such as Australia, China and Canada are seeing growth.

According to the report, many countries are introducing post-graduation options for global students. For example, individuals studying in Canada can work for the time period equivalent to what they studied. Additionally, international students in Australia can work for up to 18 months after graduation.

“This is an area where the U.S. has yet to develop further, in general,” said Biddle.

To compete with other countries, NAFSA recommended a policy that would allow international student visa applicants to express interest in staying in the United States after graduation.

Additionally, the report highlighted the need for a national recruitment strategy.

In light of the recent decline, STA Travel, a travel agency, partnered with Study in the USA to create more resources and opportunities for international students.

According to Biddle, the goal is to make travel affordable and accessible to all students, including U.S. students going out and international students coming in.

Within the partnership, STA Travel and Study in the USA are providing access to the international student identification card, which gives over 100,000 discounts nationwide, and are offering student discounts for travel within the U.S.

“We will also be discussing, in the future, scholarship opportunities to incentivize students to study abroad in the United States,” said Biddle.