Next100, a startup think tank of The Century Foundation that is focused on developing policies that promote diversity, inclusion and equity, has published a proposal from Next100 policy entrepreneur Taif Jany titled, “Keeping Talent in America.” In the report, Jany notes that as the U.S. economy tries to recover from COVID-19, there needs to be a long-term strategy for economic growth and workforce development which includes offering a pathway to permanent residency for international students. 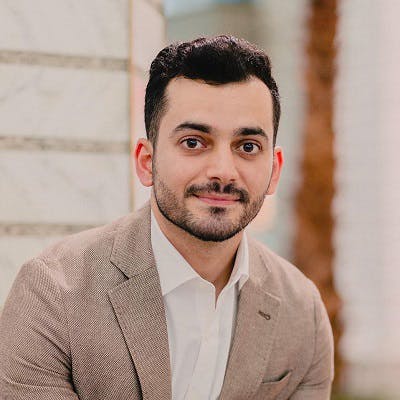 Currently, international students who have F-1 student visas are only entitled to one year of Optional Practical Training (OPT) after graduation in an area of work related to their major, two years for people in STEM fields. Jany instead proposes the U.S. enact the Keeping Talent in America Act (KTAA), which would provide a three-year work authorization to all full-time F-1 students who have attended colleges and universities in the U.S., remained in good standing and graduated with a bachelor’s degree or higher.

The attack Jany referenced is in his view the guidance from the current administration banning international students from coming to the U.S. to enroll in colleges and universities that are operating solely online during the fall semester. Many institutions have expressed decisive opposition to such a policy.

His response was to create this new program. “I believe this program could be supported by both Democrats and Republicans,” he said. KTAA promotes a long-term strategy to keep talent in America and advance a vision of America as a country that welcomes global talent.

“Our policies right now, like OPT and even H-1B (non-immigrant work permits for individuals with a bachelor’s degree or higher), don’t have any clear path for these individuals to pursue a longer career or even life long-term in America,” said Jany. “KTAA is a clear path for all of these international students if they want to stay and work in the U.S.”

Jany notes that other countries, such as Canada, New Zealand, Australia and China have programs to attract and retain international students. By example, Canada created the Post-Graduate Work Permit Program, which grants three-year work permits to international students graduating from an eligible Canadian educational institution. He says Congress can create KTAA as a new federal program that will strengthen the American workforce and global economic competitiveness.

“Proposing a program to modernize our system … could be quite attractive to a lot of folks in Congress,” Jany said.

Enrollment of new international students at U.S. colleges and universities is in steep decline for the 2020-21 academic year. Jany estimated a decrease of anywhere from 63% to 98% from 2018-19. In his report, he noted that the U.S. is facing a shortage of domestic STEM graduates. A means of addressing this is to encourage international students to come to the U.S. for STEM education.

Jany said institutions can advocate for the KTAA.

“For one, they have to be proactive,” he said. “They have to change their policies in their schools to say they actually need, not just want, international students. In addition, we can’t just bring these students to our schools and campuses. We have to give them the tools that they need to go to [the] workforce after they graduate.”

When these students enter the workforce they will invest in and give back to their local communities.

“I’m hoping that members of Congress can see the proposal, something that’s new and forward-looking,” said Jany.