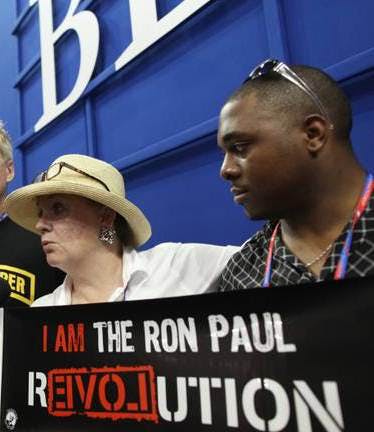 Eno Crabtree is a Black man who attends a predominantly White campus at the University of Houston, but he feels like he’s by himself even among his Black peers when expressing his conservative social/political viewpoints.

In the same city and at HBCU’s Texas Southern University, recent graduate Reginald Grant expressed similar views when debating, discussing and delivering information to his fellow classmates on what it means to be a young Black conservative.

Both voted for Republican candidate Mitt Romney in last month’s presidential election. Both are against raising taxes when the national debt exceeds $16 trillion. Both are optimistic about the future of Black conservatism.

“It is not just a political ideology, but a way of life,” said Grant, 25, who graduated Dec. 15 with a bachelor’s degree in political science and was president of the eight-person Young Conservatives club at Texas Southern. “It’s about having a say in what and where we spend our money. Having a strong work ethic and being able to enjoy the fruits of our labor; having a faith in God and our country. Things will change for the better.”

However, Grant and Crabtree are in the minority among Blacks who voted for President Obama and sent him to a second term. According to national exit polls, Obama received more than 90 percent of the Black vote.

Political pundits have debated nationally on whether the conservative movement needs to begin changing its approach when it comes to social topics such as gay marriage, abortion and race.

Although no major political party in the nation has ownership of the conservative brand, it is most closely identified with Republicans. Long-time Black conservative Don Scoggins acknowledges that his Republican party has a lot of work to do in the wake of 2012 electoral setbacks and advises young adults to continue following their beliefs.

“When you are in your 20s and being conservative, some people look at that as insult. In other words, if you live clean-cut and follow the rules you are being White. That’s an insult to young people who are doing the right thing,” said Scoggins, who is president of a grassroots organization called Republicans for Black Empowerment. “If you want to be a success, you have to go where success is. Being conservative is just having common sense.”

Scoggins said conservative college students have a challenge when presenting their perspectives because most campuses and professors are perceived to be liberal.

Crabtree doesn’t have a mentor on his campus and relies on his family and some like-minded individuals on social media for support and guidance.

For instance, he said some professors don’t believe in religion and will criticize those with an opposing position.

“I think that is very clear that you have way less conservative teachers and conservative intellectuals at college campuses across the country,” said Crabtree, a 22-year-old senior who majors in political science and has a minor in international business. “The halls of academia are somewhat corrupt and that is a bad thing to teach a certain way, but you just have to deal with it.”

Historically, the Republican Party was founded in 1856 with the nomination of John C. Fremont for president. Four years later in 1860, Abraham Lincoln made it an established political unit. According to GOP history, some of the core principles of the party are that “individuals, not government, can make the best decisions; all people are entitled to equal rights; and decisions are best made close to home.”

In portions of the 19th and 20th centuries, the Democratic Party, especially in the South, was known as a party of “white supremacy.” After former President Lyndon B. Johnson signed the 1965 Voting Rights Act, more Blacks joined his Democratic party that remains a stronghold among those voters.

JoLinda Cogan said conservatism is the standard in following laws and adhering to guidelines in American society. She said it will take “tough love” for Blacks to regain their focus, especially for young adults in college.

“The majority of campuses are liberal. Period,” said Cogan, a member of the Republicans for Black Empowerment organization and a graduate of Boston College 35 years ago with a bachelor’s degree in political science. “I would tell them (Black conservatives) you have to stand your ground. If you give facts and smile, then nobody is going to bother you. If you don’t have the facts at your fingertips and lips, then you are going to lose.”